By IrineSophy (self media writer) | 1 month ago 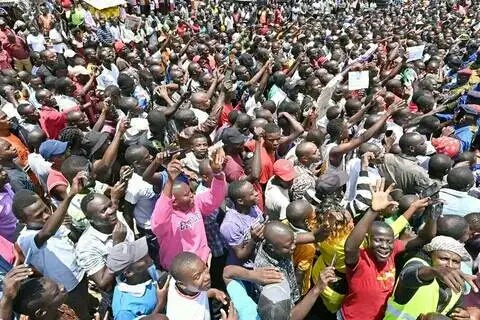 Another major battle emerges between the two leading coalitions in the country that is the Azimio La Umoja One Kenya Coalition and the Kenya Kwanza alliance coalition of president William Ruto as the Independent Electoral and Boundaries Commission Gazeta the by_election for the Bungoma County senatorial seat.

The Independent Electoral and Boundaries Commission has declared December 8th as the election date for the Bungoma senatorial seat a seat that will attract the key leading political parties and coalitions in the country.

The Bungoma seat fell vacant after the immediate former Bungoma senator Moses Wasika Wetangula was elected speaker of the National Assembly hence forcing him to reliquishe his seat. 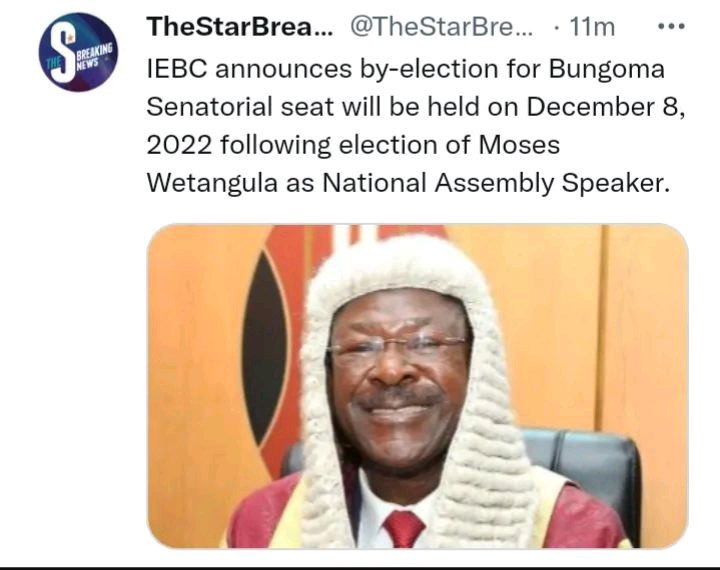 Bungoma county is one of the counties in western Kenya where the Orange Democratic Movement party boss Raila Odinga has been enjoying massive support.

However, in the last general election things went against the ODM boss as the First party if Moses Wetangula under the Kenya Kwanza coalition won most of the elective seats including that of governor, senator, women representative and now it's a matter of time to see who will take the seat.

Content created and supplied by: IrineSophy (via Opera News )

Chebukati Might Preside 2027 Elections If This Happens, Outspoken Lawyer Alleges