By 254officialnews.com (self media writer) | 9 days ago 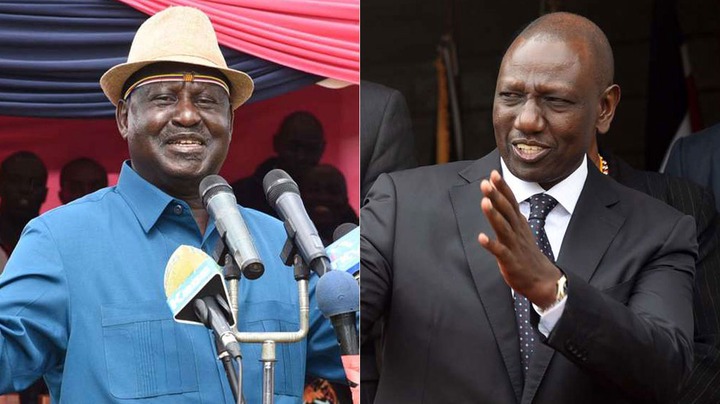 Orange Democratic Movement (ODM) party leader Raila Odinga has once again attacked Deputy President Dr William Ruto, over his graft allegations saying that the money which the second in command is currently dishing out to Kenyans in his campaigns, is the one which he has stolen from government such as through the Kimwarer and Arror Dams scandal.

Speaking during the Azimio la Umoja meeting in rally in Makutano in West Pokot County, Raila got angry and lectured the second in command for denying people of that area an opportunity to get enough water for their livestock and irrigation, as he accused him for stealing the billions which was meant to construct Arror and Kimwarer dams.

Odinga said that Ruto is has no mercy to the poor and he's not supposed to be a leader since he was directly involved in that scandal, because when the intelligence report revealed that it is Sh21 billion which got lost Ruto argued that it was just only Sh7 billion as if that is a little money.

"He is the one who stolen that money which had been set to construct Kimwarer dams, because he opposed the intelligence report saying that it was just Sh7 billion which got lost not Sh21 billion as it was revealed. As if Sh7 billion is a little money he is just useless and we should send him home next year.

Nana is Mad At Milton After Milton Brought Maize Cobs For Her Instead of Six Million Shillings.

What William Ruto Has Promised Matuu Residents in Machakos Today