By NEWSWIZARD.KE (self meida writer) | 15 days

Speaking at KTN News on Wednesday night and hosted by Ken Mijungu, Jubilee Party Secretary General Raphael Tuju has lifted the lid on why President Uhuru Kenyatta did nit go to Campaign for Jubilee Party's Candidate both in Kiambaa Constituency and Muguga Ward. The Jubilee Party did not win the Kiambaa seat and ended up losing to UDA candidate with a very small margin. 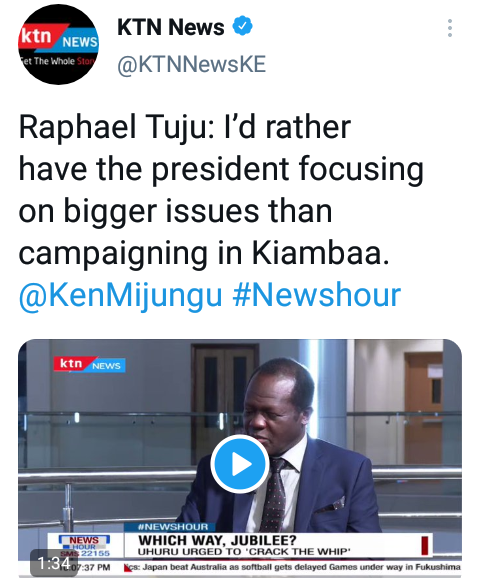 However, according to the party SG the presidetial could not have gone to Campaign there their candidate because he has important National issues to deal with. Some Political pundits have alleged that the president would have made an impact in that By-election even if he would have made a single visit. 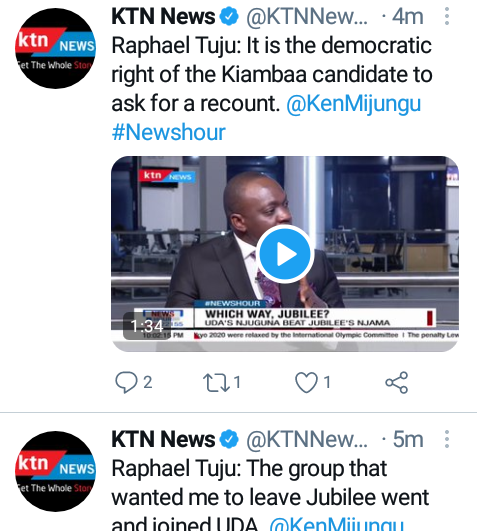 The party has also been going through internal wrangles from right to left with the recent one being between a section of Elected leaders and the party Officials. After the Kiambaa loss, a section of Mps led by Kanini Kega and Ngunjiri Wambugu have accused Raphael Tuju and David Murathe of being the cause of the Party's failures. 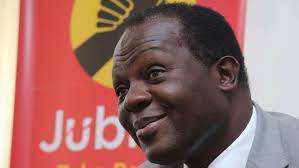