Uhuru Lectured On The Huge Mess He Would Have Committed If He Fires Ruto, Advised What Do Instead 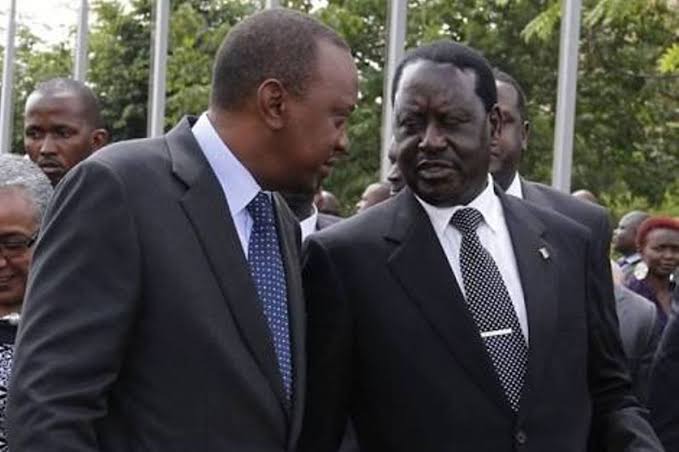 Lawyer Njiru Ndegwa who is an advocate of the High Court has recently claimed that if the President has fallen out with his nominee that is DP Ruto then he is going to get approval of the national assembly and the senate to make sure that the rogue nominee is disciplined in a procedural manner. Njiru also added that he is surprised that Ruto has has taken a position that he confers himself as the only person who can redeem this country from the economic situation that Kenyan are in.

On the other hand, Dennis Nthumbi who is another analyst said that the DP was on the ballot together with Uhuru and firing him means that Uhuru would upset a certain region and a certain section of voters and as the President he would have seized to be symbol of national unity.

Hesbon Owila said that no one is attacking the DP for what he wants to become and he has also come out clearly to claim that he is on a mission, and the mission is not to serve Kenyans. Hesbon Owila stated that if someone is going to win the Presidency in this country then he must have some serious political clout, and that person will definitely pick a running mate who is equally powerful.

Dennis Nthumbi has also attacked Uhuru Kenyatta claiming that his government had promised four things but he has now gone back to just one thing and that he is now now working for six Kenyans instead of the 57 million Kenyans. Dennis Nthumbi stated that the handshake was an attempt to capture government by Raila Odinga and he has surely succeeded in that. He claimed that Raila now works as the de facto President in the Jubilee regime.

Dennis Nthumbi alleged that the benefits that the big four delivered in this country must be squarely attributed to the DP Ruto but the ills that have bedeviled the Jubilee government in the second term must be attributed to Raila and President Uhuru. 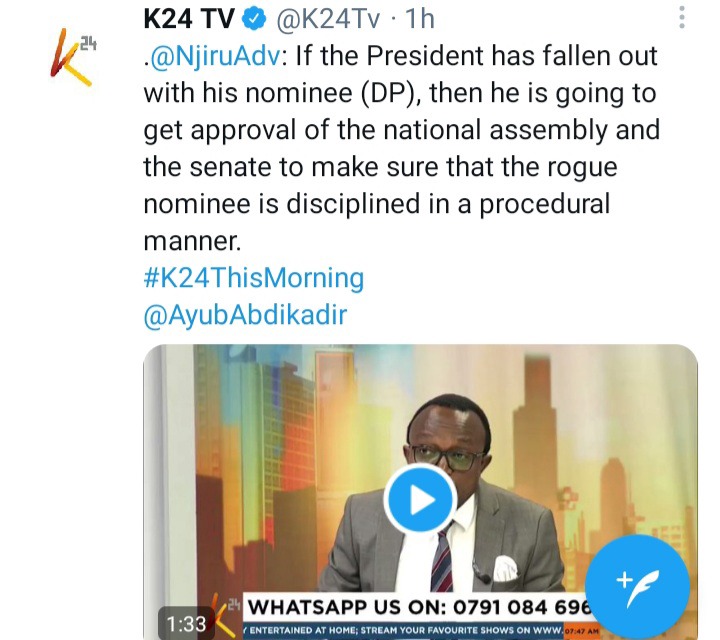 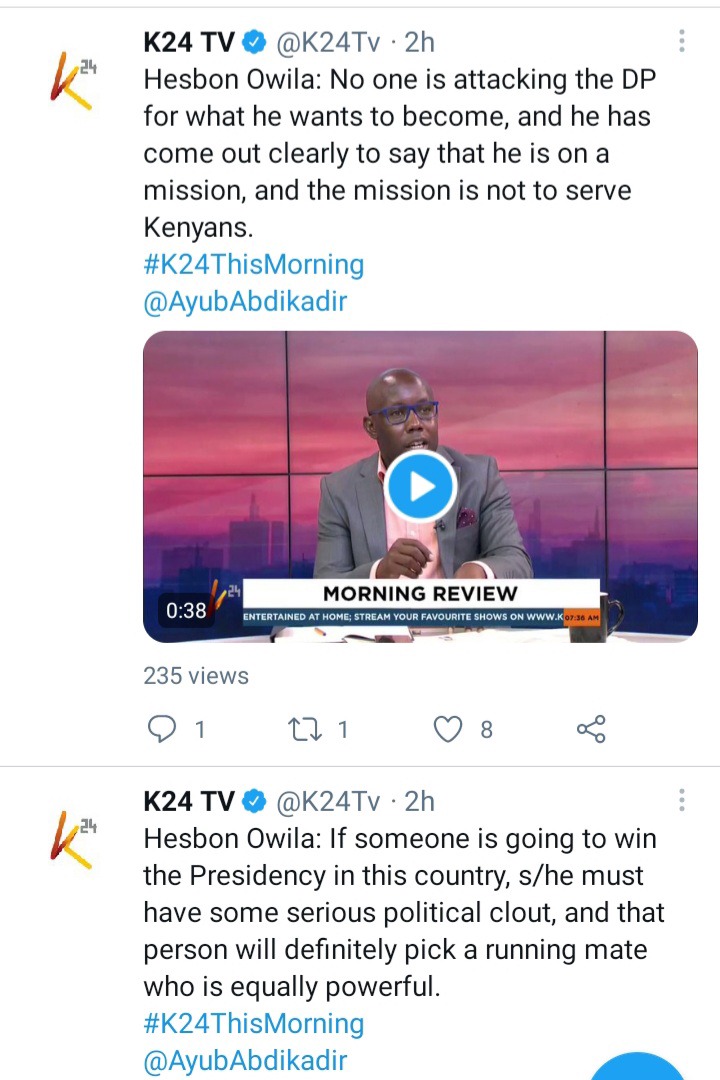 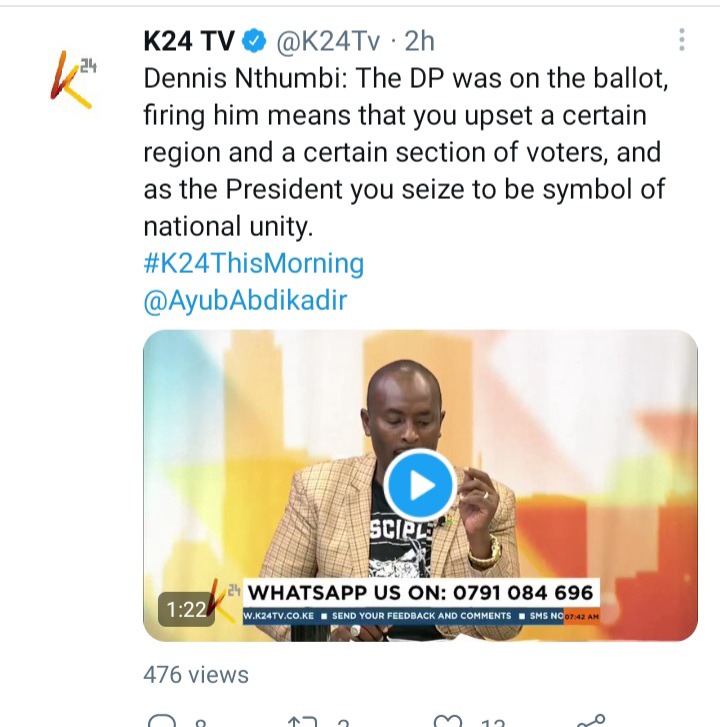 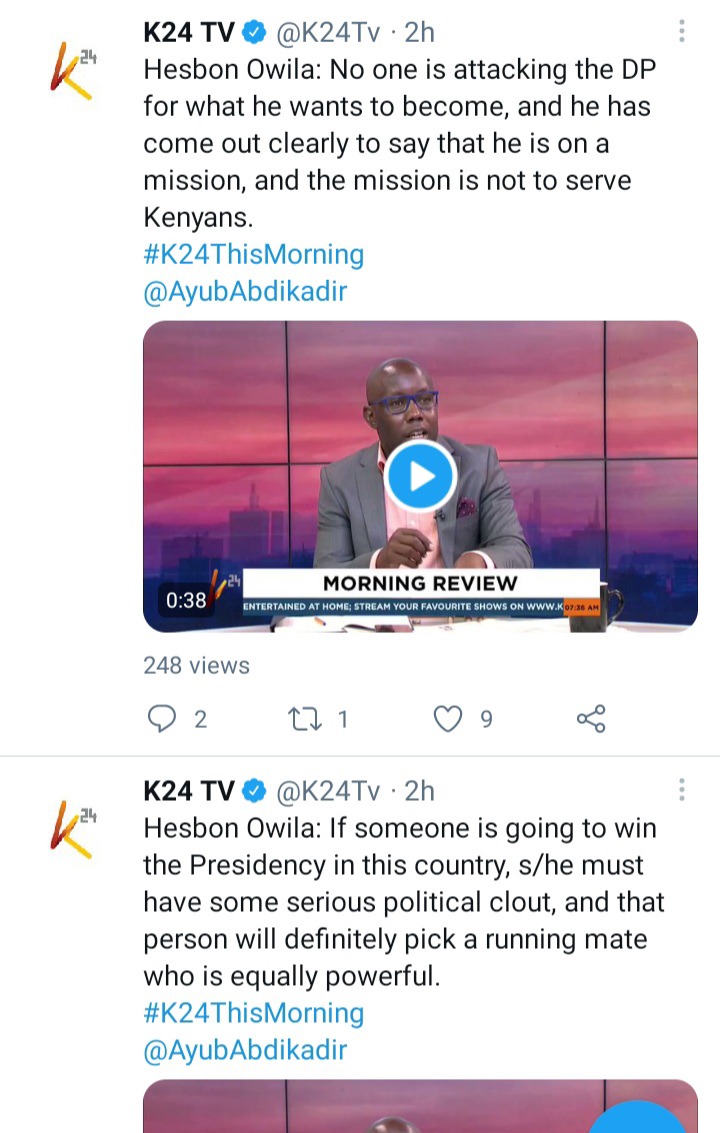 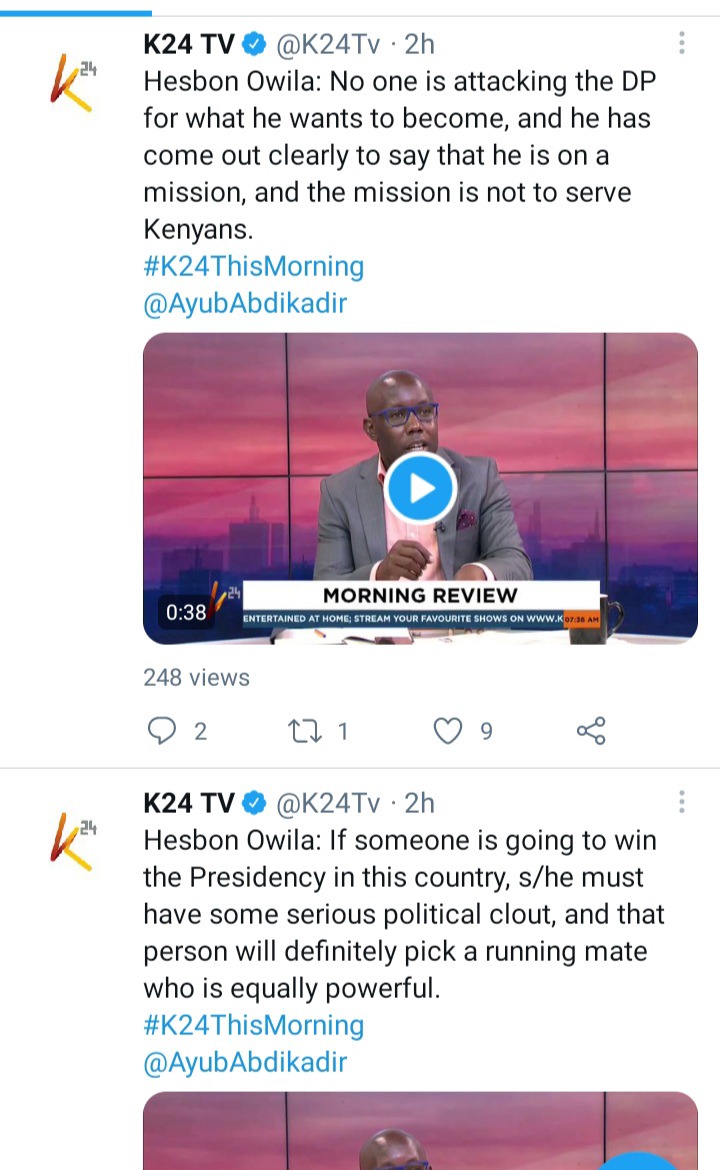