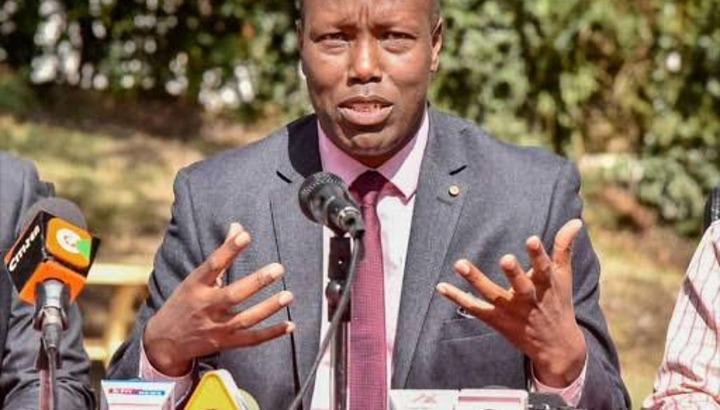 Senator Susan Kihika has blamed Governor Lee Kinyanjui for allegedly keeping silent and warning County Officials against speaking of the recent killings of women in the Nakuru City, with allegations that they might lose tourists, urging that Nakuru people are more important that tourists since they invest in the County and even work to raise revenue.

Kihika revealed that Lee decided to keep quiet on the matter with flimsy reasons that announcing the issue would scare off tourists who are the major source of income for the County. She however warned the governor of the ignorance, urging that Nakuru people are important since their property is invested in the County, and they pay revenue to make sure the devolved unit is working, adding that He should place street lights to curb insecurity.

"As You have heard in the past few days, Lee has totally failed to speak when our people are being murdered by terrible gangs, simply because He fears that we might lose tourists, which He considers the best part in raking more cash into His administration. This is shameful and I urge Him to put street lights to end this insecurity once and for all. Our People are more important, since they have property worth Billions here and they pay taxes to the county. " Kihika said. 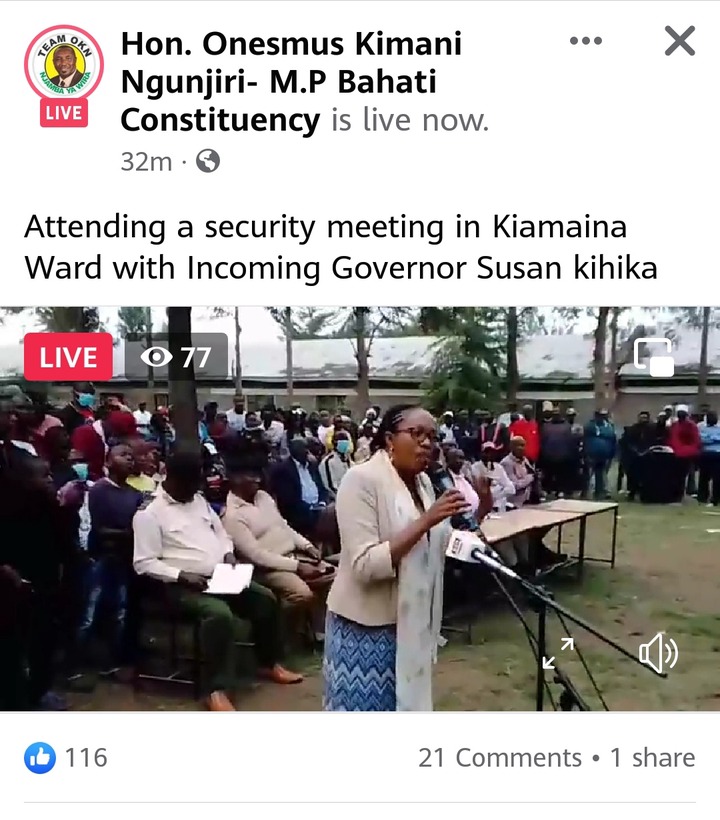 She further accused Interior Minister Fred Matiang'i and His PS Karanja Kibicho for allegedly taking away Police Officers who offer security to Kenyans and sending them to political rallies to guard politicians and organize rallies, hence paving way for all the bad things that is happening in the society. The Senator told the Police Boss Hillary Mutyambai to stop taking orders from politicians and work independently, since anything bad happens He will be blamed.

"Another set of people that I want to expose is Matiang'i and Kibicho. You have blatantly decided to take away Police Officers from their duties of doing rounds to protect Kenyans, and sending them to those political rallies to guard politicians, and that makes Thugs get a good opportunity to do their Deeds. I also want to tell our inspector General Mutyambai to stop listening to these politicians and do the work He was assigned to by Kenyans. "She added.

Kihika spoke during a meeting in Kiamaina Ward in a security meeting.

What Ruto Revealed About His Elder Sister, Elizabeth And His Mother At Karen Today [Video]

Forget About Men With Six Packs, These Are The Men Who Last Longer in Bed And Satisfy Their Women

Oburu Odinga Caution Kenyans Of What His Happening During This August Election, Sends This Message

"I Suffered Raising Two Kids at The Age Of 19," Lady Sadly Narrates

I Slept With Many Men And Was Even Caught With a Married Man Now I Can't Conceive, Woman Cries