By Finestanalyst (self media writer) | 14 days ago

Raila Odinga is making all the clearest indications that he will surely be going for the highest seat on the land.If his recent meetings are anything to go by,Raila has realized there is no time to waste.Having lost a lot of it investing in the BBI, the ODM leader is making huge strides.Deputy president William Ruto should be worried.

About three months ago,Ruto was well clear of Raila but as of now,Raila Odinga is sending warning signals to anyone who ruled him out.Raila has visited regions in which he has enjoyed lion's share of support including Coast a couple of times to affirm his presence and disrupt any inroads made by William Ruto.

Raila has also been to his backyard where he held a meeting with ODM delegates.During the meeting Nyanza region governors declared their support for Raila Odinga to make another stab at presidency.This well silenced any background noises that Odinga was losing ground in his backyard. 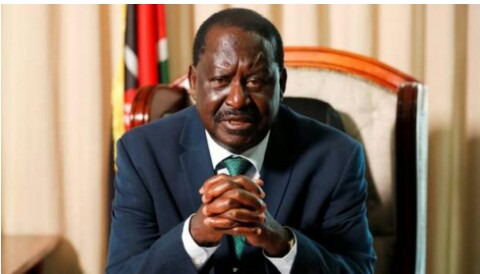 Mt Kenya is also warming up to him.Most of the governors are rallying behind him.Top leaders from the region have declared support for Odinga.He has held many meetings there in a bid to make sure he has a strong foothold in the region that has never supported him.Odinga has also met with business men and tycoons from there.This includes the likes of S.K.Macharia who are behind him.

Odinga has been receiving support left right and center from different sources.Most recently,homeboyz entertainment gave him vehicles for his campaigns.With all these said the one who should be afraid is Ruto.He has not received so much support as Raila from the people in the high class of living.These strides surely will give Raila an upper hand. 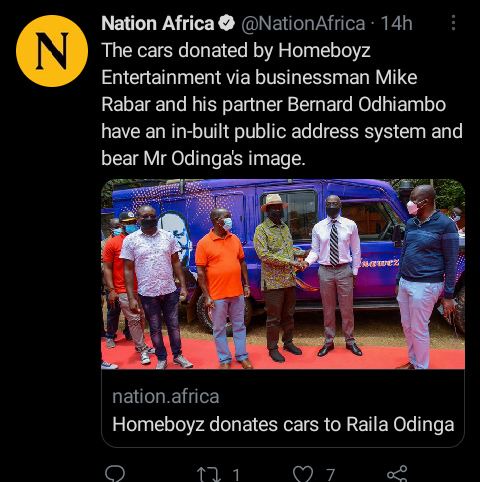 Eyes On Raila Odinga As A 2022 Running Mate Is Proposed To Him By A Section Of Mt. Kenya Leaders

Opinion Poll - If Elections Were Held Today, Who Would be Your President

The Main Reason Why Governor Seat Is Highly Contested In Kenya