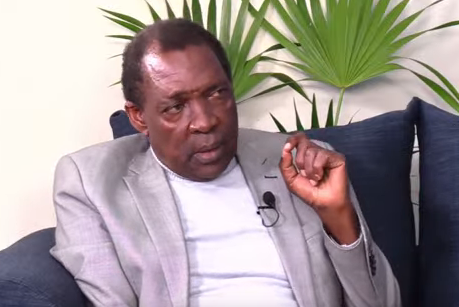 Political Expert Herman Manyora has recognized Deputy President William Ruto as the duly elect president of the Republic of Kenya, following the presidential results announced on Monday August 15th by the chair of the Independent Electoral and Boundaries Commission Mr. Wafula Chebukati.

Chebukati while addressing the country at the Bomas of Kenya, said that Ruto emerged the winner after garnering 7.1 million votes which is at least 50 per cent required threshold, while his political rival Raila Odinga of the Azimio La Umoja One Kenya Alliance Raila Odinga came second with 6.9million votes.

In a video live streamed on his You Tube Channel on Tuesday, the University of Nairobi lecturer congratulated Ruto for the win, further lauding Raila for deciding to follow the rightful channel in protesting the results. 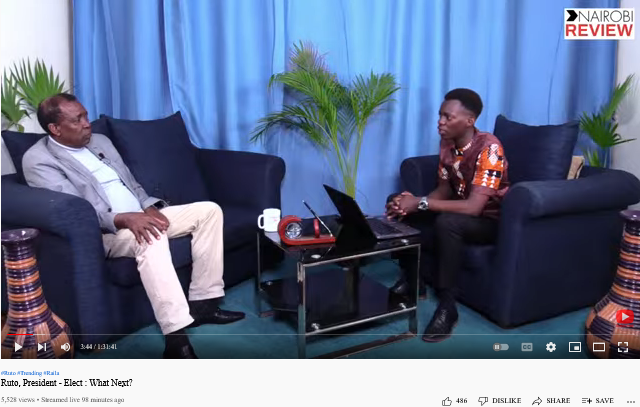 "I am not convinced by the clarity of the election, but I now have a president elect who I respect, salute. I congratulate William Ruto, and even Raila for doing what is right. Ruto has won, and Raila has said that he is going to the Supreme Court, that is what we want and not tension,"

He went on to claim that it is too early to give a comprehensive answer on the latest incidents happening as far as the presidential results is concerned, and more so on the effect of the move by the 4 IEBC commissioners to walk out of Chebukati before he announced the results, and claims by the Azimio camp about rigging.

"People voted on 9th, the transmission was electronic and announcement was made yesterday, a lot could have happened within that period. We have also seen the commissioners disowning the results, as at now, it is difficult to say with certainty the outcome of the elections."

Listen to his remarks in this video from the first minute to minute 5.

"Let The People Decide" Raila Told After He Influenced Election Of Leaders In Luo Nyanza.

The Supreme Court Is Expected To Deliver Their Full Judgement At 2:30 Pm

Ruto reveals plans that will help unemployed Kenyans save Ksh 2,000 per month in a NSSF plan

"People are Going to Get The Biggest Shock" Lawyer Now Says, Alleges US Factor in Ruto's Cabinet