By Feddyblog (self media writer) | 9 months ago 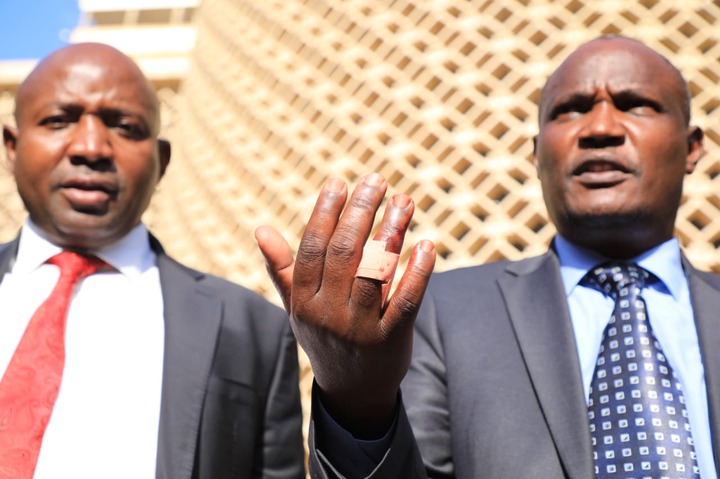 National Assembly minority leader honourable John Mbadi has today been ejected from parliament for five days after engaging in a fight with Soin Sigowet constituency member of parliament Koros today.

While speaking to the media after the fight outside parliament, John Mbadi revealed that MP Koros is the one who started it after he realised he was going to cast a vote for someone who was not present and then he tried to stop him, that's when the MP bit his finger then he returned by hitting his face claiming it was self defence. 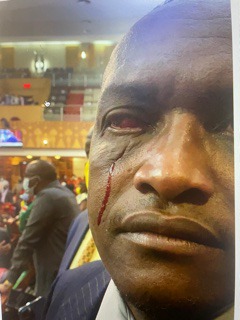 “Koros wanted to vote for a member who was absent against the direction from the Speaker. When I tried to stop him, he bit my finger and I punched him as part of my self defense,” Mbadi said.

However ,the speaker Chris Omulele did not listen to his side of story as he was directed to leave the house after being ejected for misconduct. On the other hand, MP Benard Koros was directed to go seek medical attention immediately before returning back to the house. 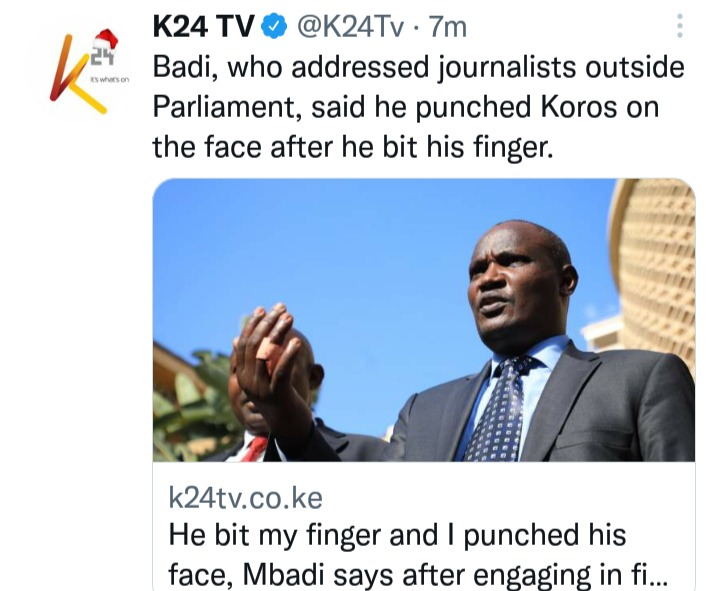