By TheDailyOnlinePunch (self media writer) | 5 days ago 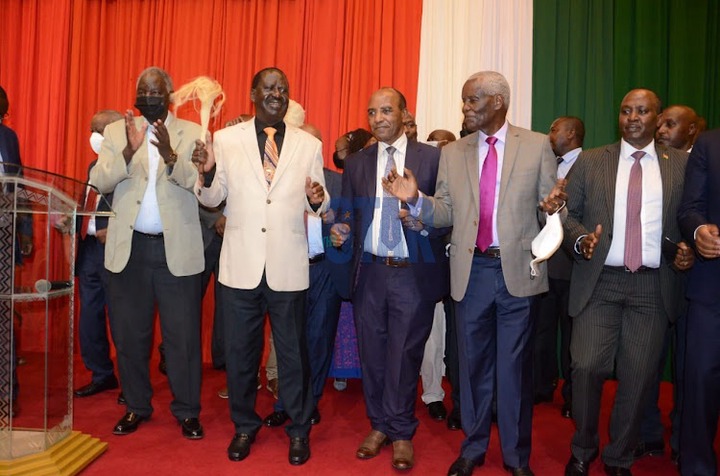 The elite Mount Kenya Foundation club had earlier communicated and panned that a Limuru III meeting will be held to annoint their Mount Kenya's best preffered candidate for the top coveted seat.

This may not happen anytime soon after Meru governor Kiraitu Murungi while speaking to Nation Africa yesterday stated that the kingpin should not be named without lengthy discussions and negotiations between the west and East Mount Kenya factions. Without negotiations, Murungi said that the East region that has been marginalized for long will chart it's own political path and directly negotiate with any presidential candidate. 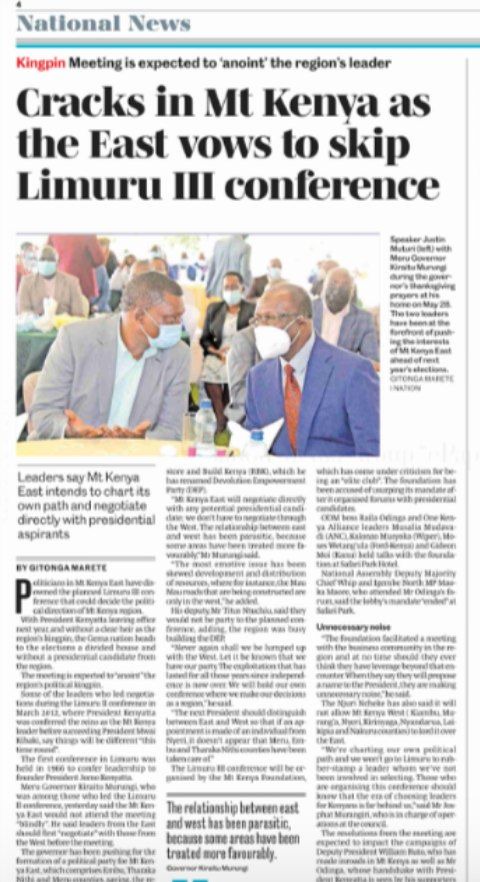 Apart from Ruto allied leaders in Central Kenya, Murungi has become one of the notorious politicians opposing calls by mount Kenya Foundation for a unified region to enable proper negotiations. Some of his critics have accused fighting to keep his political state alive but not for the region's unity interests.

He argued that the West has been parasitic to East. Many of the development projects have in most cases been directed to the West giving an example of roads being constructed in Mau.

Having registered a new political party ( Devolution Empowerment Party) Mount Kenya foundation may be forced to slow down the annointing plan and negotiate or solve the Murungi problem to make sure the region remains a bloc vote.

Areas That May Determine Kenya's President in Next Year's Elections