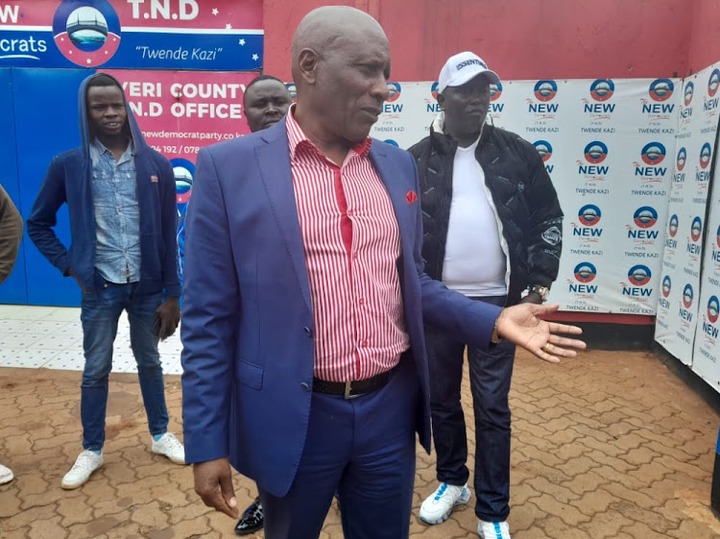 Raila Odinga, the head of the Azimio party, has been urged by the national chairman of the New Democrats (TND) party to accept loss and move on for the good of the nation.

Mathenge also urged William Ruto, the president-elect, to think about meeting with Odinga and figuring out a way to collaborate.

Odinga faced out against Ruto of the Kenya Kwanza alliance, but he came up short.

In an effort to unite Kenyans and revive the struggling economy, he pleaded with Ruto to create an inclusive government. 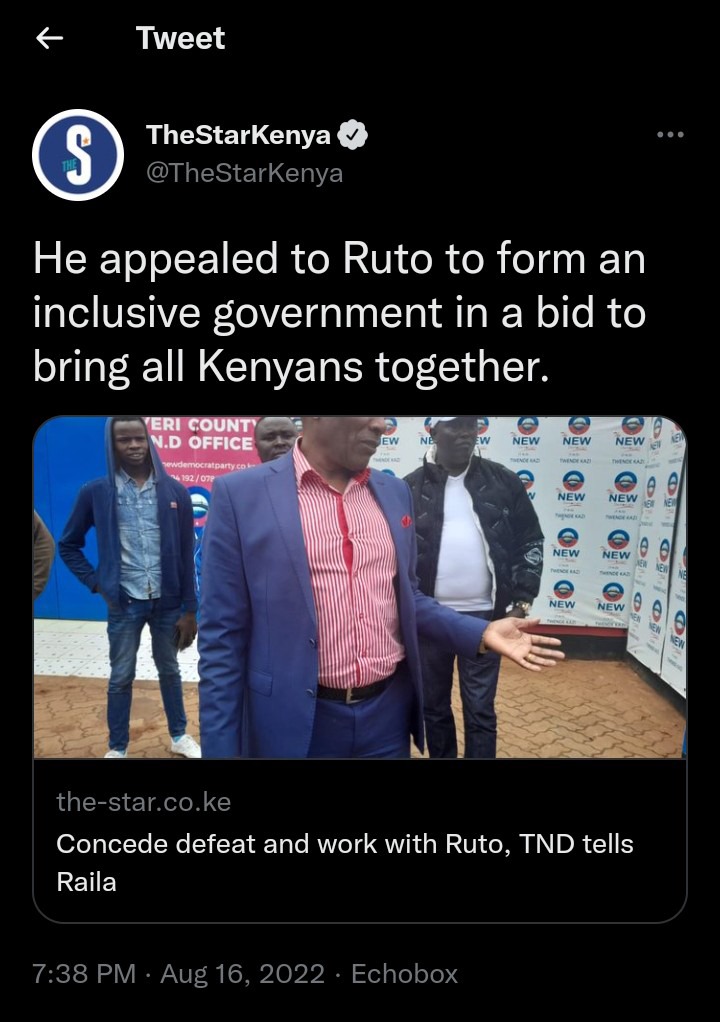 Elections are expensive, he added, and he urged the losers to accept the outcome and use the proceeds to revive the economy rather than challenging the results in court.

"Kenyans can't even afford to hold more elections right now. For this election, we spent billions of shillings "said he.

So, instead of focusing on the presidency, we invite Raila Odinga and William Ruto to have a cup of coffee and sit down.

In order to promote national unity, Thuo also urged those parties that did not win the election to support the team.

Even though Ruto defeated Raila by a slim margin, he claimed that Kenyans had spoken, and it was wise to respect their decision.

Thuo declared that TND and he will support the incoming president and Rigathi Gachagua, his running mate.

Gachagua, a native of Nyeri County, previously served as the Mathira Member of Parliament.

''400 Million Has Been Stolen From Siaya County Accounts'' Orengo Explains

"Live Long Mr President" Kenyans Say After Number Of People To Be Removed From CRB Was Revealed.