By _mochache_ (self media writer) | 1 month ago

In the case involving Ksh. 60 million in land graft, the Director of Public Prosecution successfully appealed the acquittal of former Kipipiri Member of Parliament Amos Kimunya and others. Justice Esther Maina recognized merit in the DPP's appeal and ordered the accused to be placed on their defense, according to a statement released by the DPP. 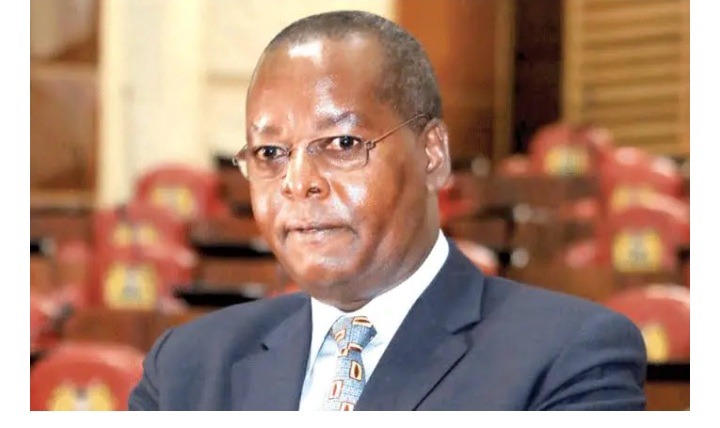 According to the Director of Public Prosecution, former MP Amos Kimunya and former Ministry of Lands Director of Land Adjudication and Settlements Lilian Wangiri were warned by Justice Maina that arrest warrants would be issued against them if they failed to appear before Chief Magistrate Lawrence Mugambi on November 11th, 2022.

"Justice Maina warned Kimunya and Lilian Wangiri, former Ministry of Lands Director of Land Adjudication and Settlements that arrest warrants will be issued against them should they fail to appear before Chief Magistrate Lawrence Mugambi on 11, November, 2022." DPP statement reads in parts. 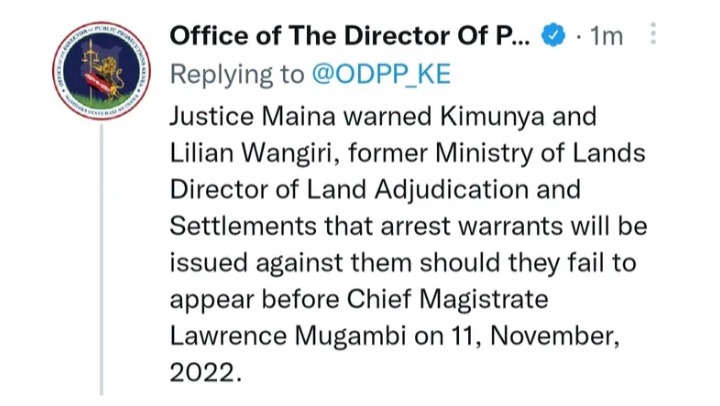