After Rumours of Being Raila's 2022 Deputy, Kenneth's Job in Raila's Team Emerges

By Curtis-Otieno (self media writer) | 18 days ago 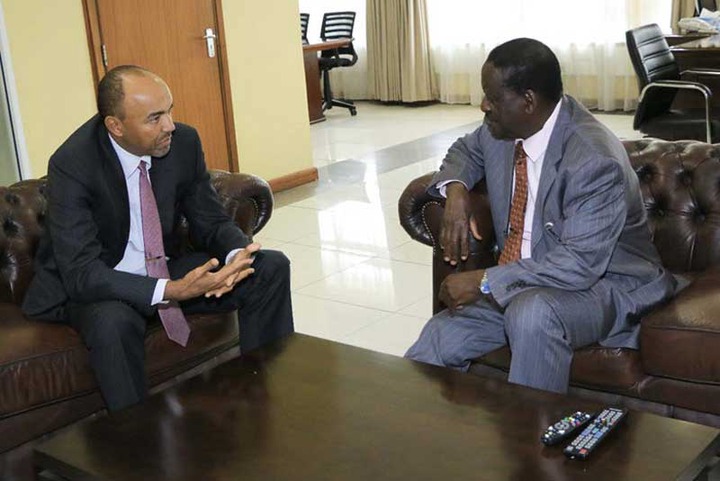 Fresh details have given a hint on the role former Gatanga MP Peter Kenneth will play in ODM leader Raila Odinga's camp as he prepares for his fifth shot at the presidency in next year's general elections.

Kenneth has for a long time since 2018 been seen working with the former Prime Minister, and has repeatedly been mentioned as one of the people likely to be fronted as his running mate next year.

Emerging details indicate that the same will remain the case in the run up to the much awaited polls, with the Nation establishing that he is among allies of President Uhuru Kenyatta now in Raila's inner circle.

As a result, according to the paper, he has been given the job, alongside other Uhuru allies working with Raila, of popularizing the veteran politician in the Mt Kenya region and seeing to it that he gets its vote.

Also a member of the team is Kieni MP Kanini Kega, who confirmed that they are now part of Raila's team, especially after Uhuru settled on the leader as his preferred next President of Kenya. 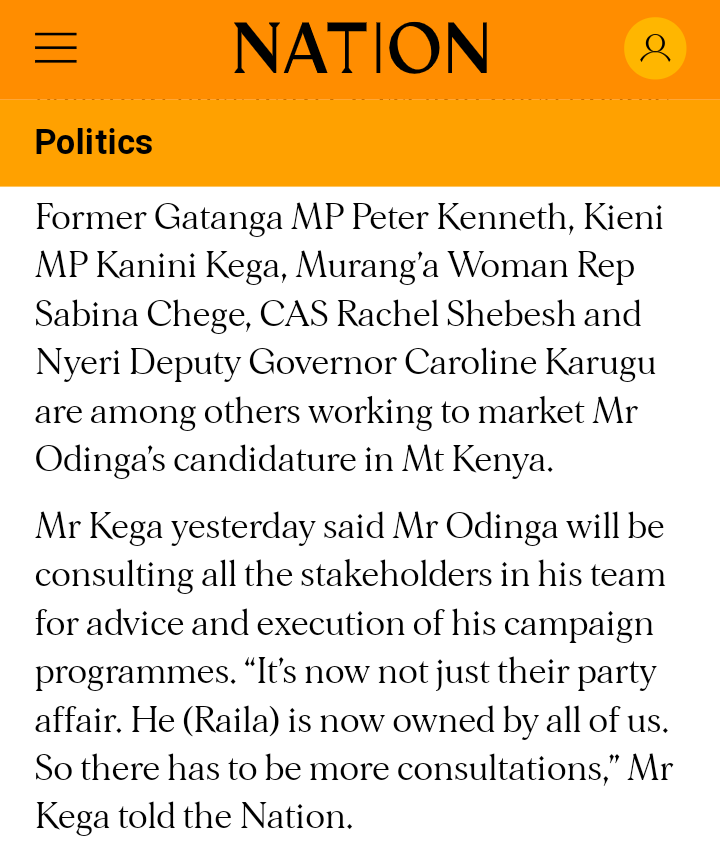 “It’s now not just their party affair. He (Raila) is now owned by all of us. So there has to be more consultations,” he told the paper.

The team working around the clock to ensure that Raila wins, according to insiders, also has university professors, tycoons from the Mt Kenya region and politicians from Raila's camp.

"Some of the people, including university dons, are consulted on a need basis and are yet to be put in permanent roles,” the paper was told by one of the insiders of Raila, a frontrunner in the race.

Earlier reports by the People Daily indicated that an earlier meeting by the Mt Kenya tycoons had settled on Kenneth as the best man to deputise Raila in the event that he wins.

Low turn up for registration of new voters alarming IEBC

Kakamega: Does Khalwale Have A Chance Of Winning 2022 Gubernatorial Polls If He Rejoins Mudavadi?