Juja By-Election: This is What it Means to Uhuru

By MartinMurigi (self meida writer) | 25 days 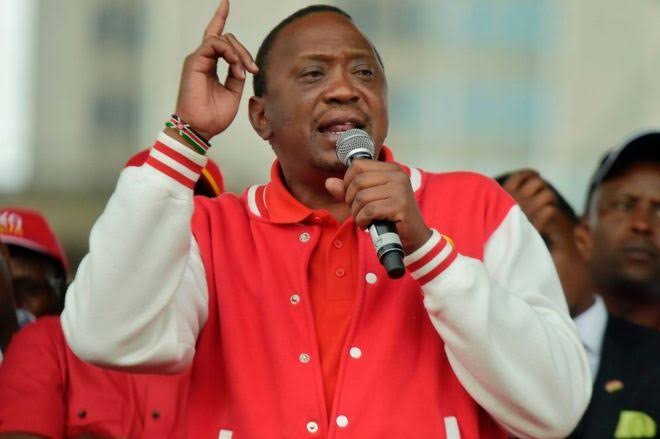 Moses Kuria would defeat President Uhuru Kenyatta if he was to vie for Gatundu South Member of Parliament, a vocal politician has opined.

Kiigen Koech, an aspirant in Dagoretti North parliamentary seat, said the outcome of Juja by-election showed Kuria was more popular than the President in Mt Kenya. 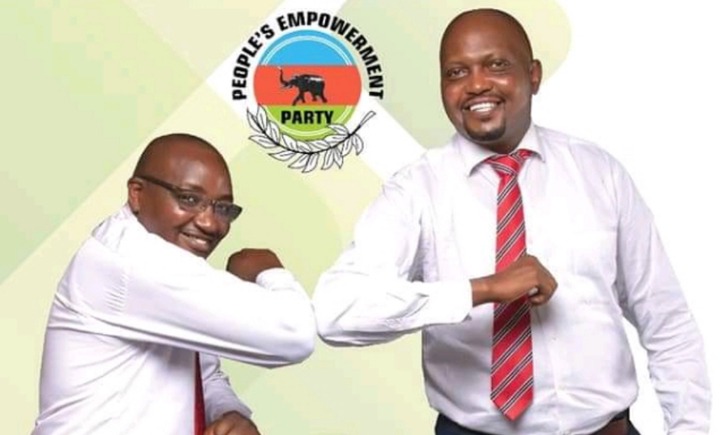 George Koimbori, the flag bearer of Kuria's People's Empowerment Party (PEP), was declared the winner of Tuesday's mini-poll after he garnered 12,159 votes.

His closest rival, Susan Njeri Waititu of Jubilee Party, got 5,746 votes, failing to recapture the seat that was occupied by her late husband Francis Munyua who succumbed to cancer in February. 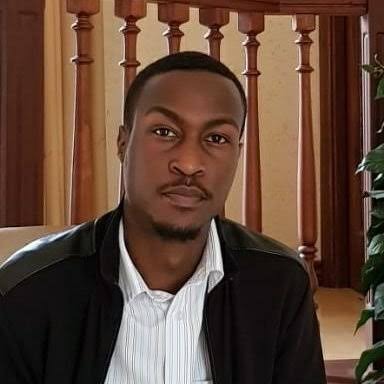 Koech said if Uhuru was to vie against Kuria in Gatundu South so as to be appointed as Prime Minister under the troubled Building Bridges Initiative (BBI), he would be floored by the outspoken legislator. 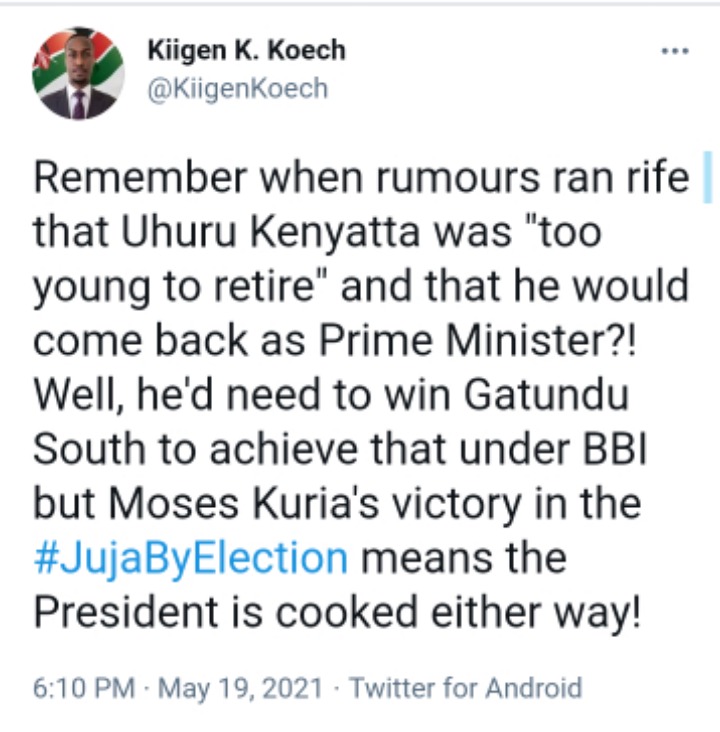 "Remember when rumours ran rife that Uhuru Kenyatta was "too young to retire" and that he would come back as Prime Minister?! Well, he'd need to win Gatundu South to achieve that under BBI but Moses Kuria's victory in the #JujaByElection means the President is cooked either way!" he tweeted on Wednesday. 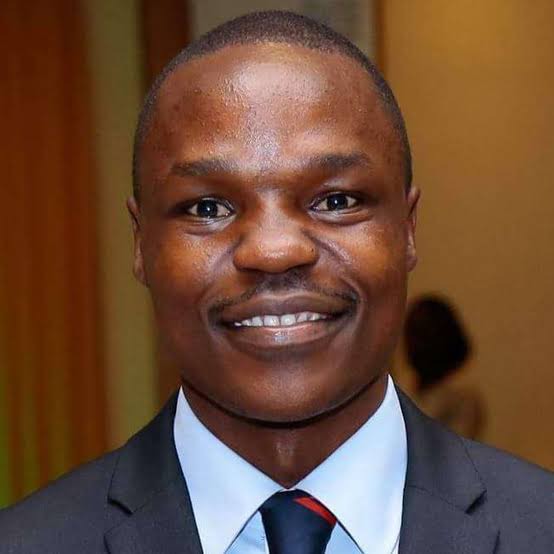 Political commentator and columnist Gabriel Oguda said it was ironical that Uhuru, the perceived Mt Kenya political kingpin, was defeated by his own MP in his backyard.

"Moses Kuria is Uhuru Kenyatta's MP. Uhuru Kenyatta is Jubilee Party Leader. Moses Kuria Party sponsored a candidate against Uhuru's Party and beat him by a lot. This is like that Squirrel which chews my grandmother's cassava in the farm and in her granary. No escape for cassava," Oguda tweeted. 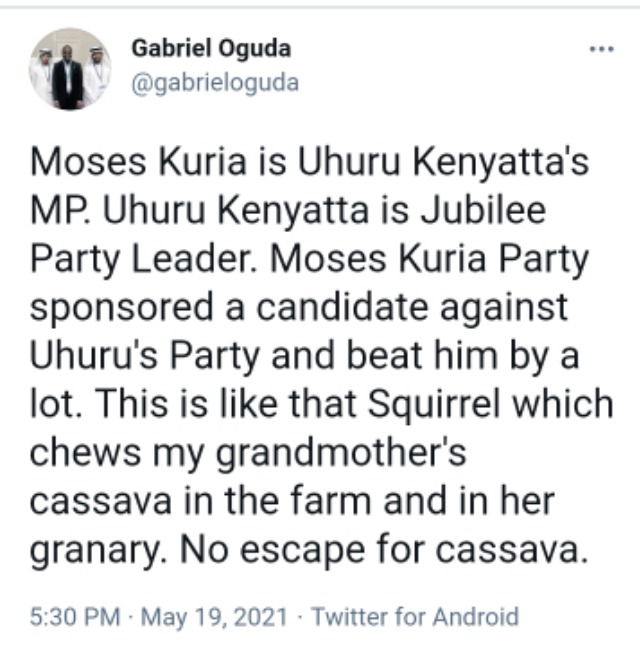