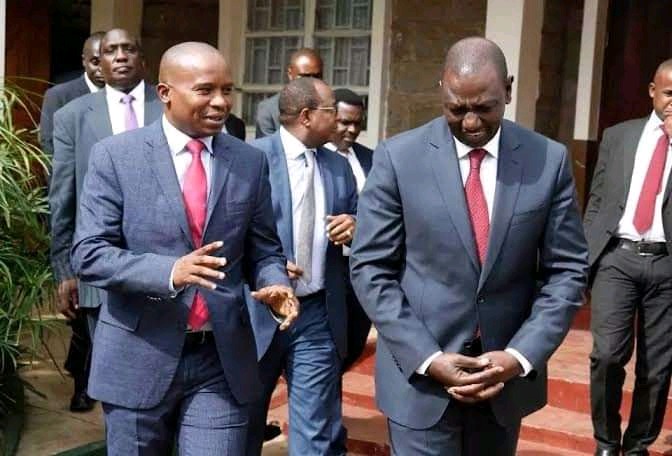 Politically, William Ruto and Raila Odinga are immiscible thanks to their divergent ideologies. Their bad blood is said to have started in 2008 or thereafter when Jakom (by then PM) shortchanged Ruto in favour of Mudavadi.

Another class of political theorists points at ICC case as the tectonic force which tore Raila-Ruto apart, either way, they are not greatest friends presently. With August 09, 2022 beckoning, the two are expected to throw their hats into the presidential ring. 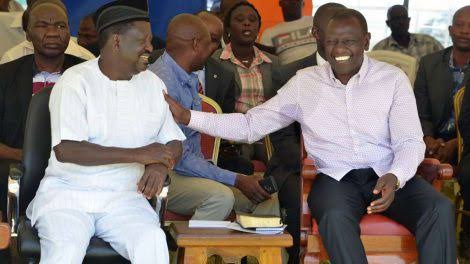 With probable chances of unseating Jomo Kenyatta's son and taking over the power baton, the duo titans are capitalizing on Mt Kenya support and whoever will get the region's large share will verily 'dethrone' Kenyatta II, who will that be?

In one of his periodical discourses on his Social Media platforms, Tharaka Nithi senator Kithure Kindiki made a political revelation that has months later come to make sense than it was months ago. 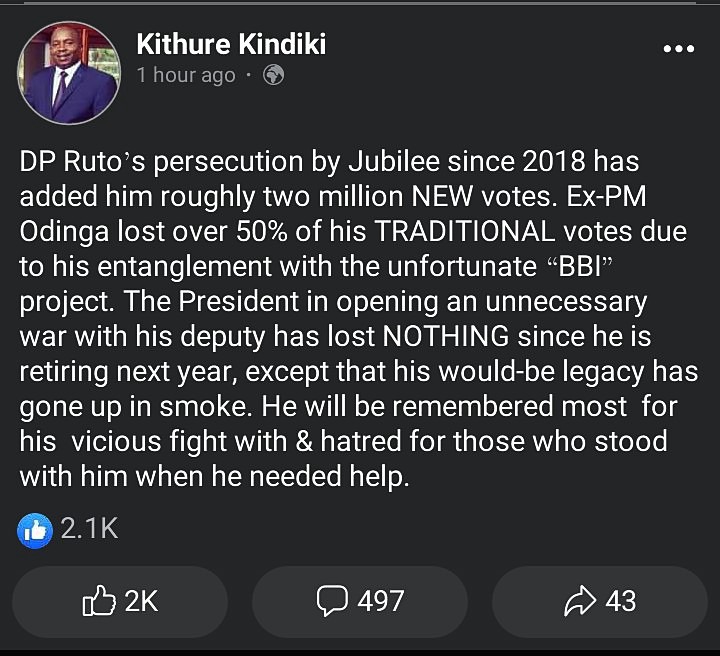 Through his Facebook post, the legal scholar affirmed that Ruto's persecution has earned him over 1.9 million votes with Raila losing 50% of his traditional votes for supporting unpopular BBI initiative.

Recent statistics done by Radio Africa Group (RAG) has shown that Ruto is the most popular presidential candidate in Uhuru's turf with a whooping 57% support, Raila comes second with a meagre 11.7%. Should these ratings stand, then Kindiki's 'prophecy' will make more sense after 2022 polls. 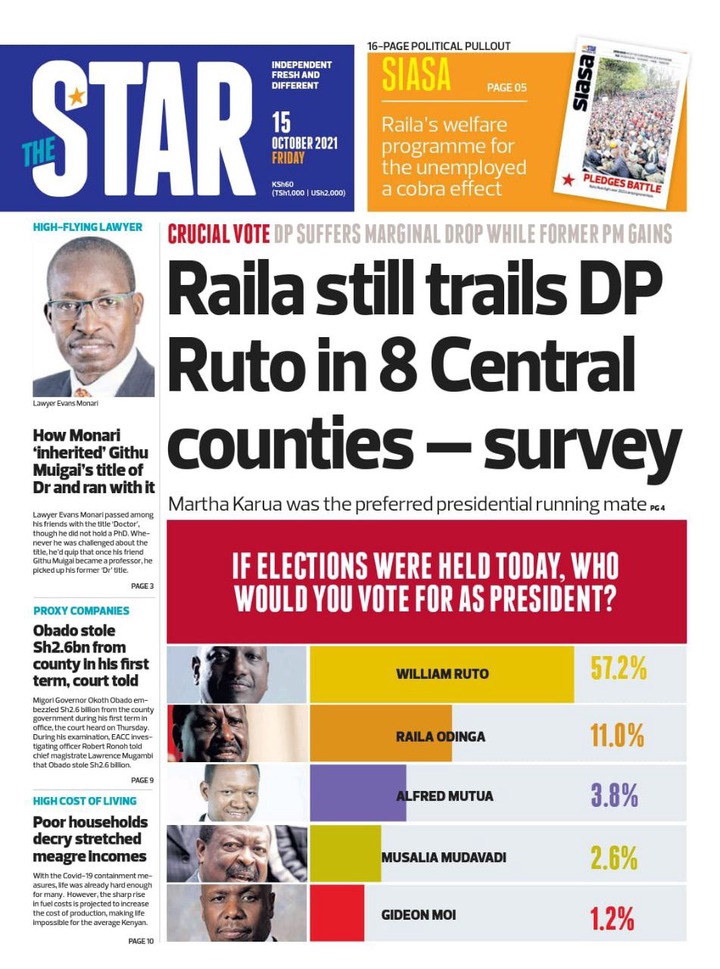 Between 2018 and 2020, Ruto and his Tanga Tanga entourage were exposed to chains of kicks, blows and sieges propagated by their adversaries. Of those who lost part of their political lives include Kithure Kindiki, Susan Kihika, Aden Duale and Kipchumba Murkomen.

William's office was stripped off it's powers and budgetary allocations but he managed to defy odds. With 2022 polls drawing nigh, he is rated among the high potential candidates.