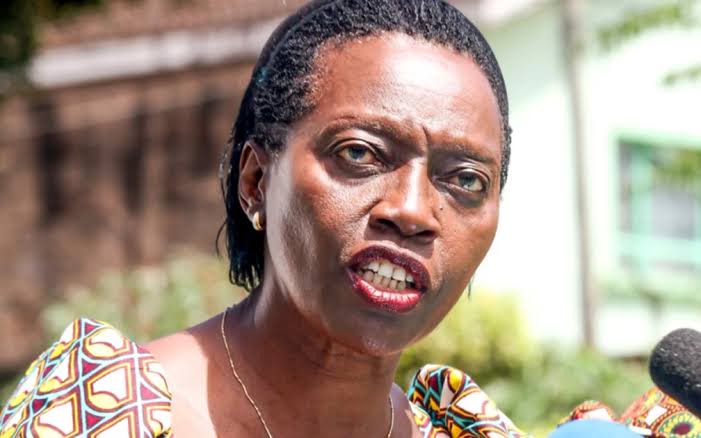 Azimio la Umoja running-mate nominee Martha Karua is known for her principles of being firm and full of intergrity. A good number of Kenyans also believe she is made of steel as she is a no nonsense woman. As a result, Kenyans refer to him as an iron lady.

Known to have resigned from Kibaki's government in the year 2009, Karua took the move after citing frustrations from external sources. It later emerged that Karua had resigned after president Kibaki appointed judges without her consent as Minister of Justice and constitutional affairs.

As Karua prepares to be the DP if Azimio win in the August polls, Irungu Kang'ata has said that she will resign in week after being sworn in.

Kangata alleges that Karua will not work well with Raila as he said Raila has a combustible character.

As Kang'ata didn't elaborate what he meant by Raila's alleged combustible character, he sent warning that if Karua resigned in Kibaki's government, a soft and cool guy, then the same would be witnessed after the August polls.