Yesterday the residents of Juja constituency went to exercise their constitutional right to vote in their new Member of Parliament. However, cases of irregularities and indimidations have been reported so far in the ongoing tallying of the votes in the constituency.

Gatundu South Member of Parliament Moses Kuria whose PEP's party which sponsored a candidate George Koimburi has revealed the names of people he terms as goons who were behind the irregularities witnessed at JKUAT DEB and assaulting an IEBC official. 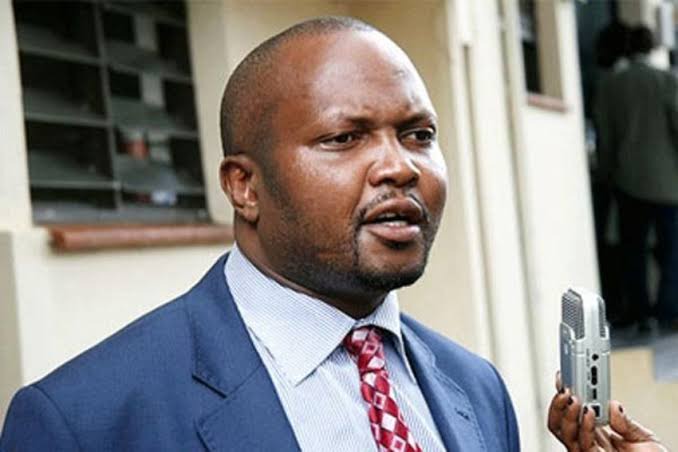 Taking to his Facebook account, the vocal legislator condemned the act as he cited indimidations from the state. According to Kuria, the chaos were meant to disrupt the exercise in order to rig election in favor of the Jubilee candidate. 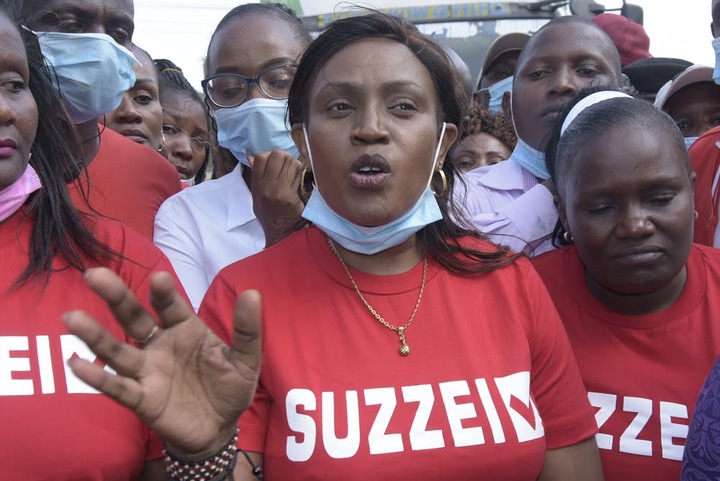 Kuria went further and named Alex Wakahe, Mbogo wa Manchester and Mubea as among the goons who stormed JKUAT DEB with marked ballots and beat up an IEBC official.

However, Kuria noted that some of the goons who were involved in the chaos were from his constituency whereby he declined naming them claiming that it was embarrassing. 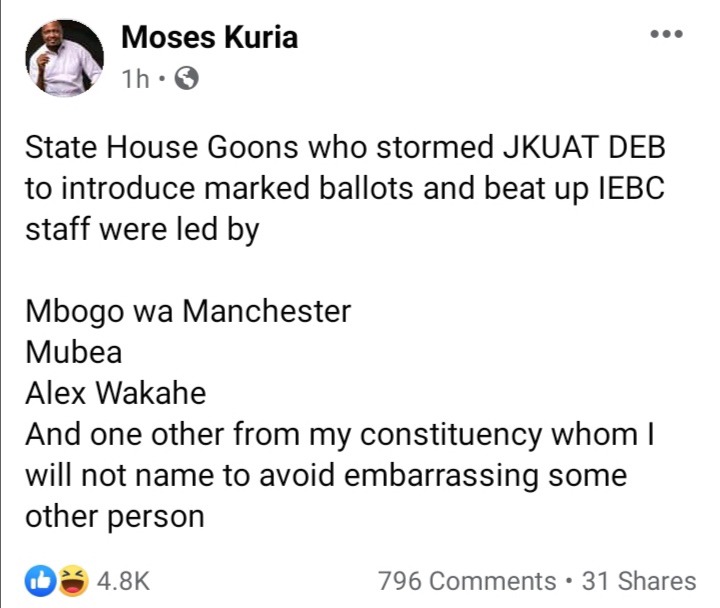 Chaos erupted yesterday on Tuesday night forcing IEBC to suspend votes tallying in some of the tallying stations in Juja constituency.

The Juja parliamentary seat however fell vacant following the death of Francis Waititu who succumbed to brain tumor on February in MP Shah Hospital.

Machakos: Governor Mutua Now Hints He May Work With Dp Ruto In 2022 On Condition

ODM Reveals The Only Way to Stop DP Ruto in 2022, Calls For The Support of These Leaders

2022 Elections in Limbo as IEBC Delivers Worrying News To Kenyans

Kenyans React After Gladys Wanga Wrote This About Jakoyo Midiwo