The second in command His Excellence William Samoei Ruto was on Wednesday, 1st of December took his 2022 campaigns to the Kamba land where he met his supporters in Machakos county. 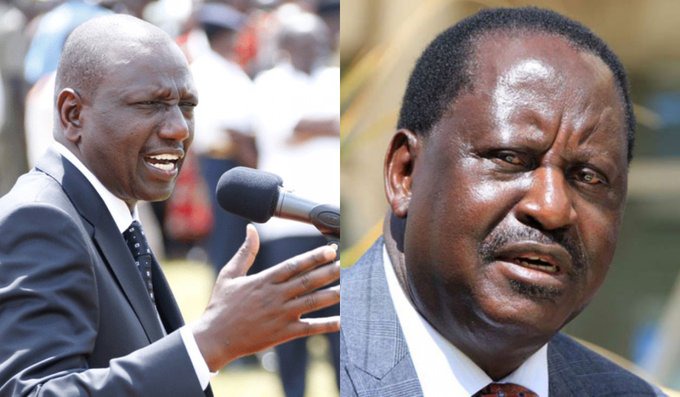 The deputy president has continued to show his effort by organizing various meetings in the country as he seek for support from his people. As he was speaking to a crowd in Machakos, Dp Ruto still expressed to his supporters that the former prime minister Raila Odinga is the only threat to his presidential bid.

While in Machakos, the deputy president took a swipe to the Orange Democratic Movement, ODM leader Raila Odinga by revealing that he is the medicine to Raila as he explains how he helped Raila climp to primie minister post.

"Mimi ndiye dawa yake" Dp Ruto was quoted in his words as he tries to dismiss Raila's presidential bid in the forthcoming 2022 presidential bid. By saying this, Ruto simbly meant that he is the only candidate who can compete effectively with the former prime minister Raila Odinga in the coming polls. 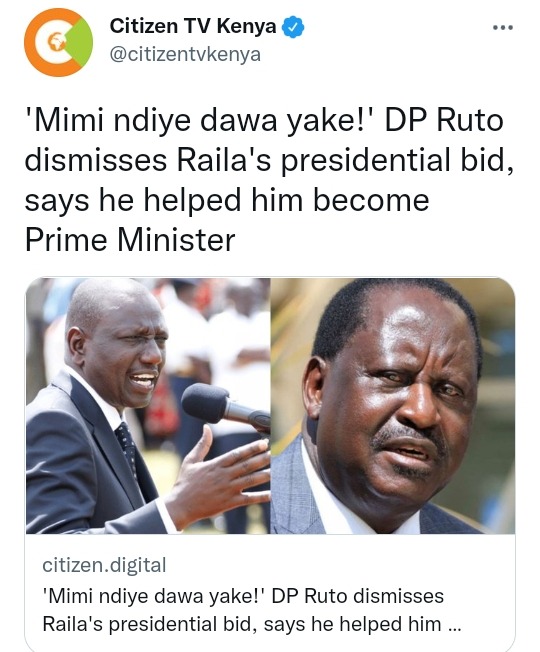 Kenyans have reacted to his statement that the deputy president claim to have helped the ODM party leader to become the prime minister of the republic of Kenya during the regime of former president His Excellence Mwai Kibaki.

Netizens have charged his sentiments as some reveal that he chest-thumbing so much, they have urged him to use other words to win people's heart and not chest-thumbing. Below are the screenshots showing how they have reacted. 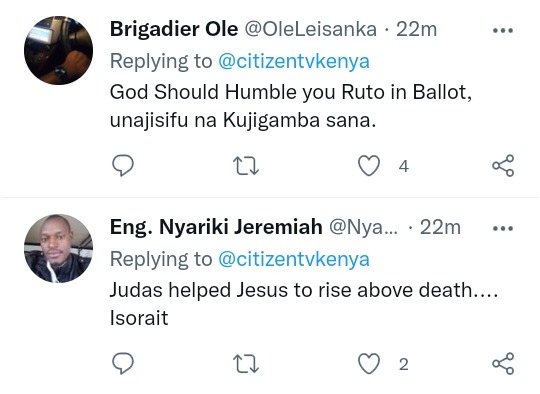 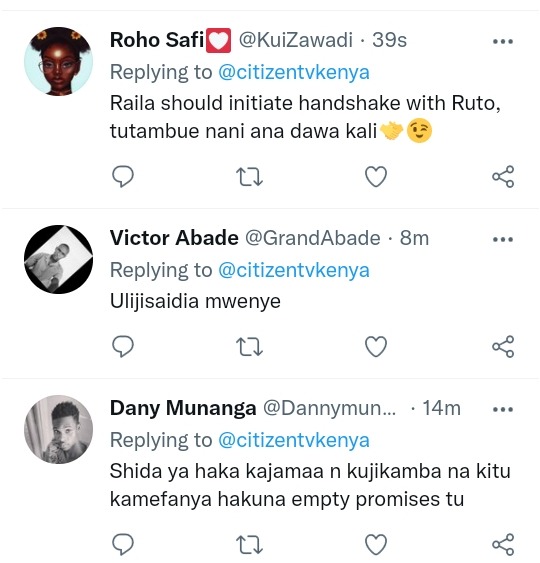