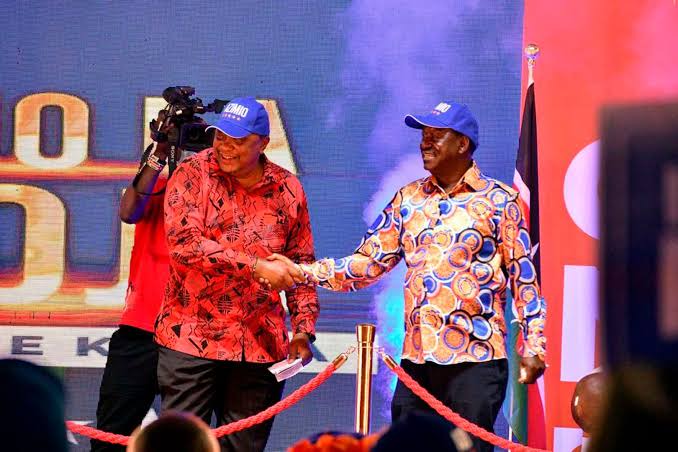 In an interview with NTV on Wednesday, May 25, the seasoned politician revealed that Uhuru will take a backseat in active politics despite being the Jubilee Party leader and Azimio La Umoja One Kenya coalition chairman.

He remarked that his job in the coalition was over and Kenyans should not expect Uhuru to be atop vehicle sunroofs campaigning for the Azimio La Umoja One Kenya coalition presidential candidate Raila Odinga. Murathe explained that it was now time for the Head of State to focus on being the leader and leading the country in the right direction while he waits for retirement.

"President Uhuru had done his part. He has been chairman of Azimio and Jubilee Party leader. The time is ripe for him to stand aside and go back to leading the country. You do not expect to see him on top of a Landrover. In any case, the president is not on the ticket, he is headed home in three months. His job is to oversee the country transitioning peacefully," he said as quoted by the Standard.

David Murathe has insisted on Uhuru taking a break from politics despite the Jubilee Party Director of Elections Kanini Kega disclosing the Head of State will begin campaigning for Raila in Mt Kenya in June when most of his legacy projects in the region will have been completed.

Uhuru did not attend the appointment of Martha Karua as Raila's running mate at KICC. His seat was quietly removed from the venue after word went around of his inability to attend.

Munya slammed by Makarina over his pride

Wetang'ula Reveals Action he Has Decided to Take Against Junet