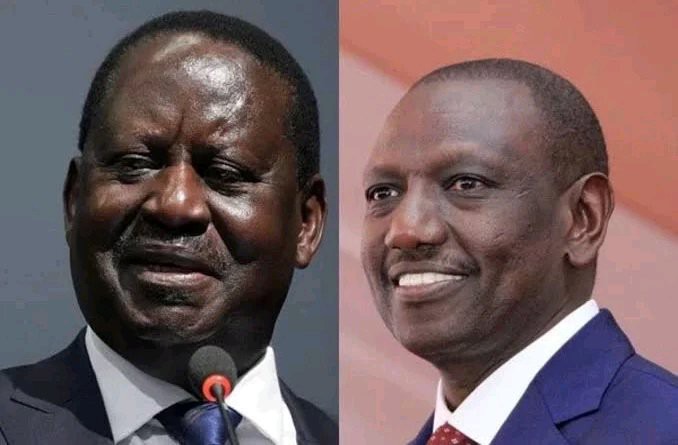 The ambitions of Mitheka Linturi to unseat the incumbent Governor Kiraitu Murungi in Meru County could be a reality if elections were held today. This is after latest Opinion Poll by Mizani Africa spelt doom for Azimio candidate Kiraitu Murungi.

Following the release of latest Opinion Poll, it appears UDA enjoys huge support in Meru as the opinion poll indicate that Mithika Linturi who is a staunch supporter of DP William Ruto is the most preferred candidate by voters in the gubernatorial race as he commands the lead with 32.3%. However it appears that there is high competition in the race since Meru Woman Rep Kawira Mwangaza who is seeking the governor seat as an independent candidate emerges the second popular candidate with 29.4 percent.

Governor Kiraitu Murungi who is a supporter of Raila Odinga has however received bad news as the opinion poll shows that he is the third popular governor candidate with 28.1% rating. 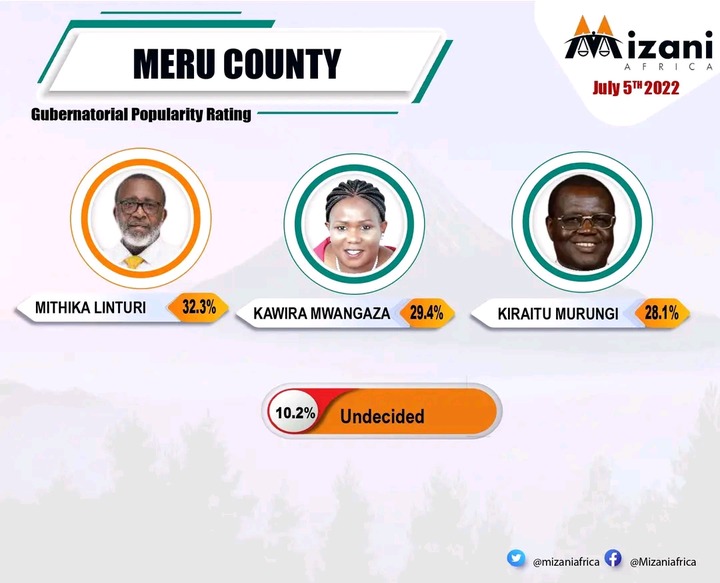 In the race for the Senatorial Seat, the opinion poll has shown that Kathuri Murungi of DP Ruto's United Democratic Alliance party is the most preferred candidate in the race with 53.3 percent rating. He is following by Joseph Arimba with 23.5 percent. 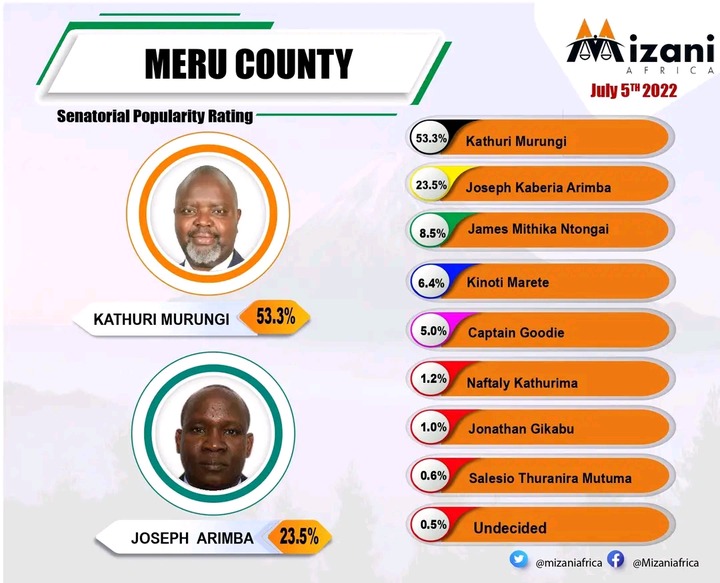 In the Woman Representative race, Elizabeth Kairemia of DP Ruto's UDA Party is leading in the poll with 43.5 percent. Edith Mwirigi who is vying as an independent candidate follows second with 26.4% popularity. 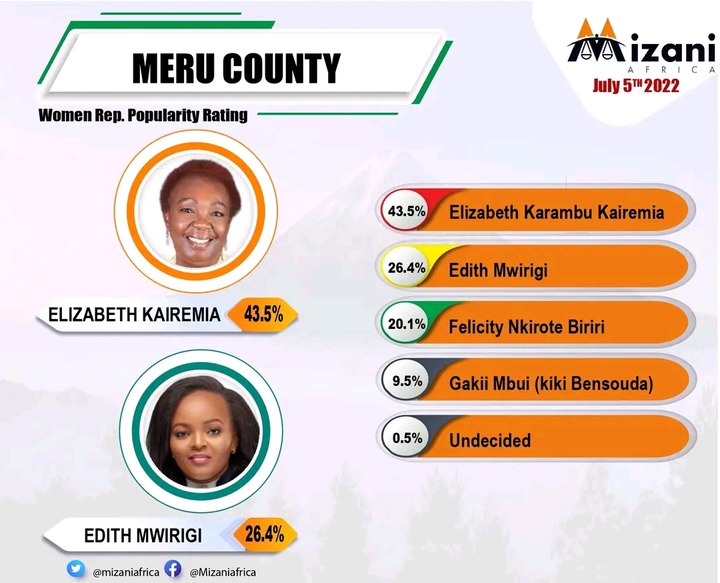 Karua Pours Cold Water on Ruto's Win, Wonders What he Will do Should Court Nullify His Win