The Thursday's ruling by the five bench judge has been the center of political discussion for days now as politicians, kenyans and political pundits try to weigh in to the issue. This ruling has now created a great rift among Kenyans and the two arms of government. 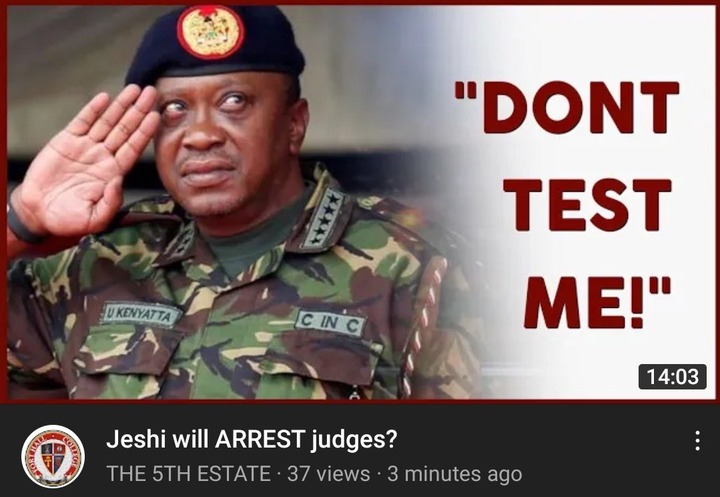 The pro BBI have been arguing that it was uncalled for the judges to rule that the bill was unconstitutional. They further said that the judges lacked respect to the head of state and the office of the president for referring him to a 'Mr Uhuru Kenyatta'. 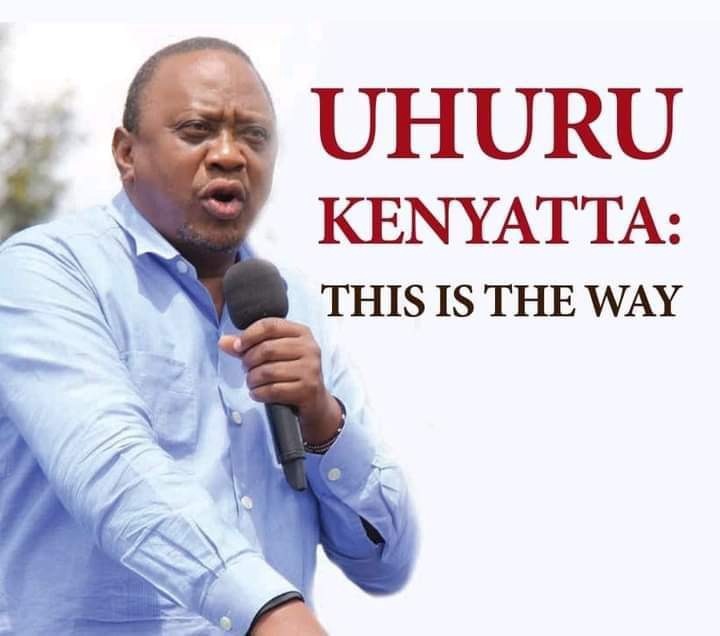 This reference seems to have made the rift between the Judiciary and the executive to even become wider. Political pundits have argued that the custodian if the Kenyan constitution is the Military and that making a ruling that directly affects the head of state who is also the commander in chief of the armed forces is an attack to the military. 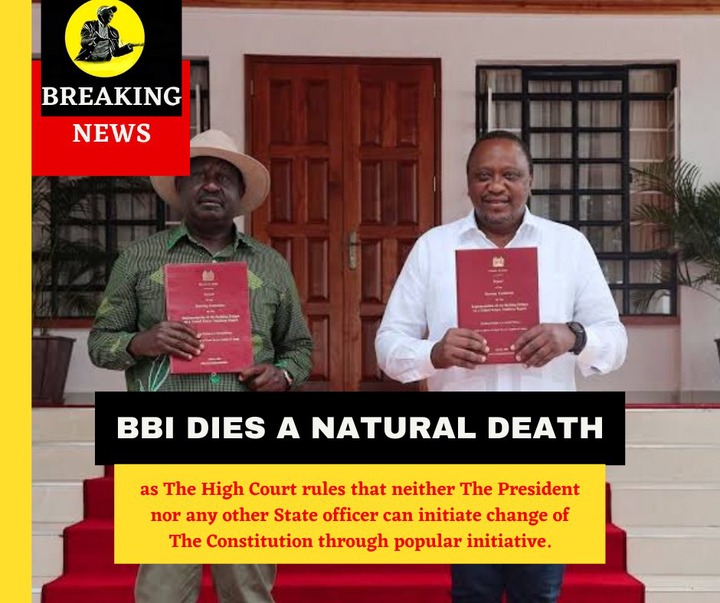 Political analyst Professor Mutahi Ngunyi has said that the five judges risk being arrested by the military for lack of respect to their boss. 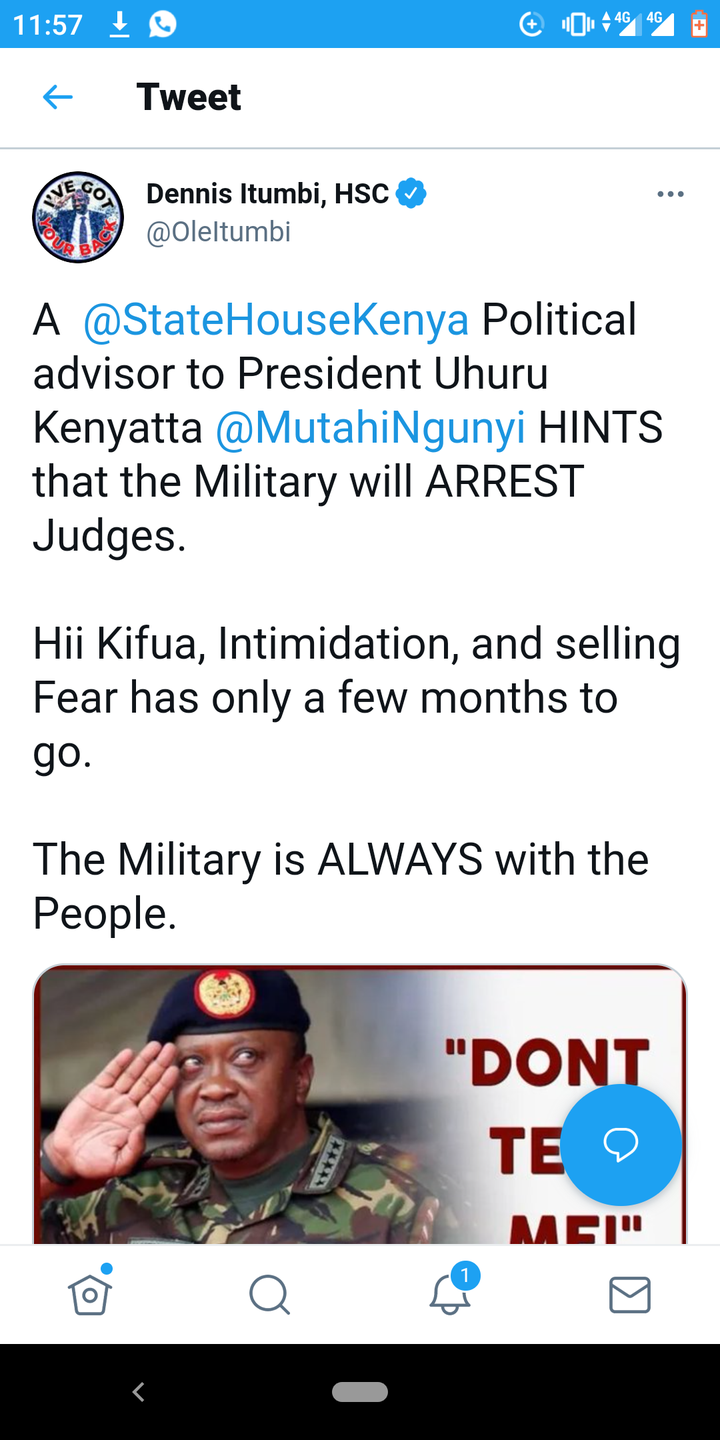 "Political advisor to President Uhuru Kenyatta @mutahingunyi HINTS that the Military will ARREST Judges. Hii Kifua, Intimidation, and selling Fear has only a few months to go.The Military is ALWAYS with the People." Dennis Itumbi tweeted.

DP Ruto's 2022 Regional Team; How Strong Are They?