Raila Odinga is one of the well known politicians in the Kenyan government. He went on to accuse government functionaries for using force in the Juja, Bonchari By-elections

In the just completed Bonchari By-election, Orange Democratic Movement(ODM) candidate Pavel Oimeke emerged the winner with a total of 8,049 votes. He was followed closely by Jubilee party's candidate Zebedeo Opore who got 7,279 votes followed by UDA's party candidate Teresa Bituku who got 6964 votes.

In Juja,The electoral commission was forced to stop the tallying process after it was interfered by chaos. Police officers were deployed in the polling centre after as Kiambu governor, James Nyoro claimed Jubilee party votes had been rigged. 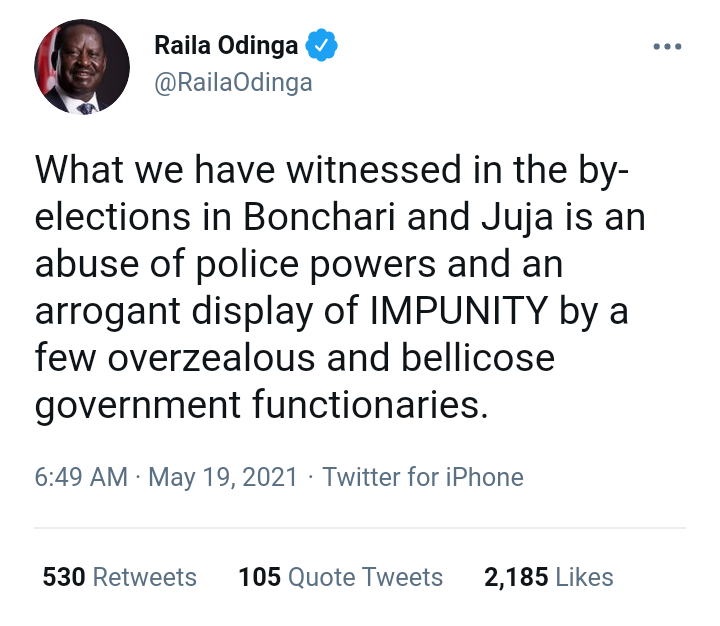 The former Kenyan Prime Minister took to his tweeter account to condemn the act claiming it's an abuse of police powers. Kenyans were quick to react about the tweet and below is a number of their hilarious comments; 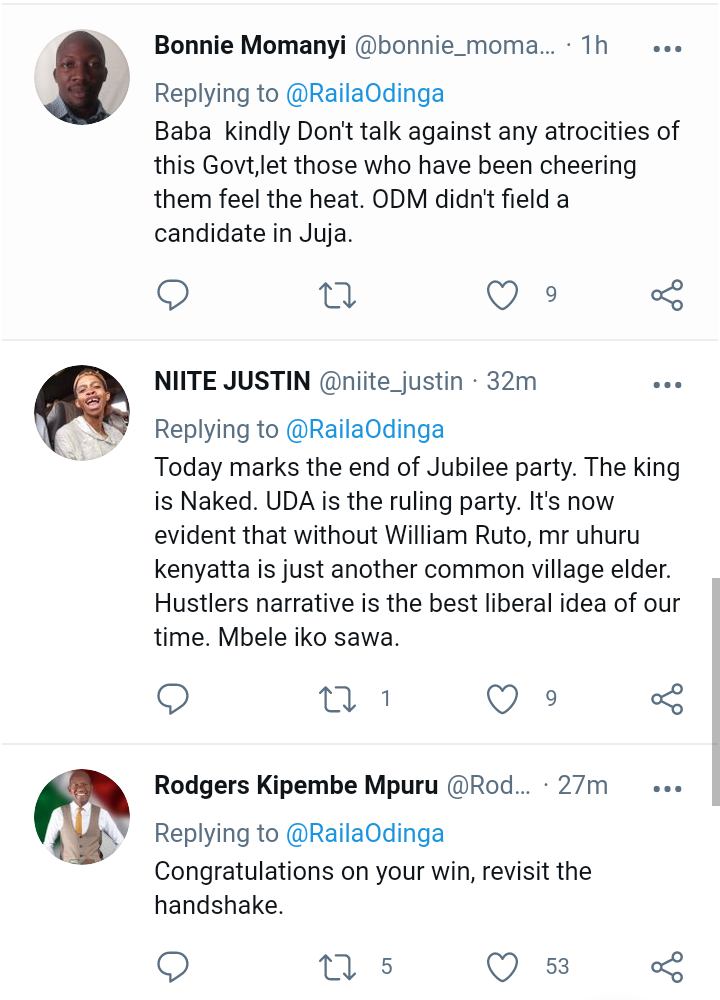 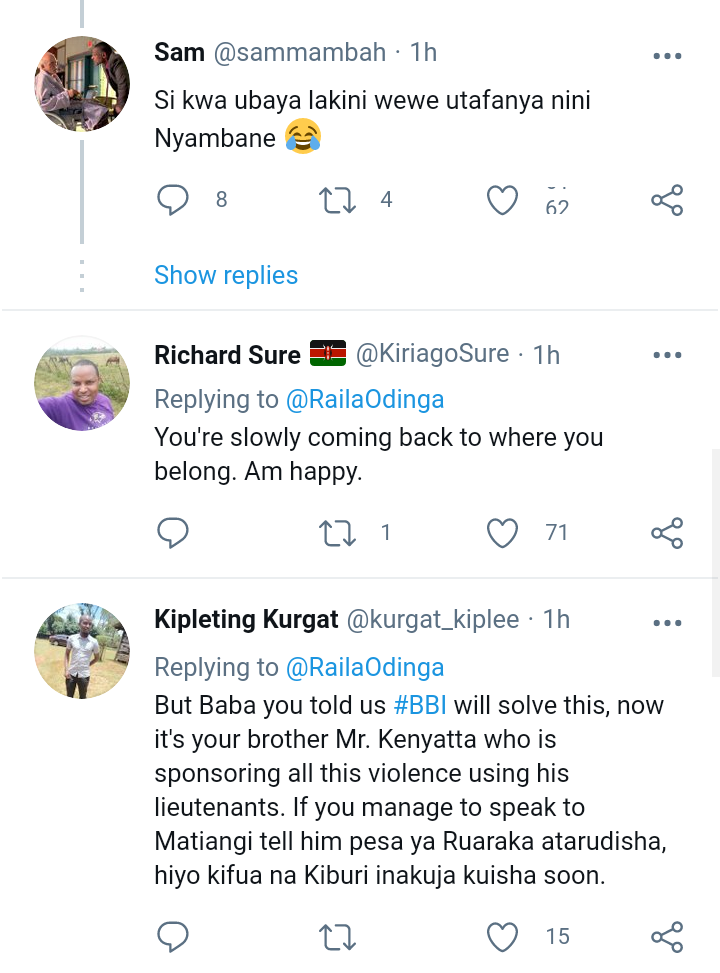 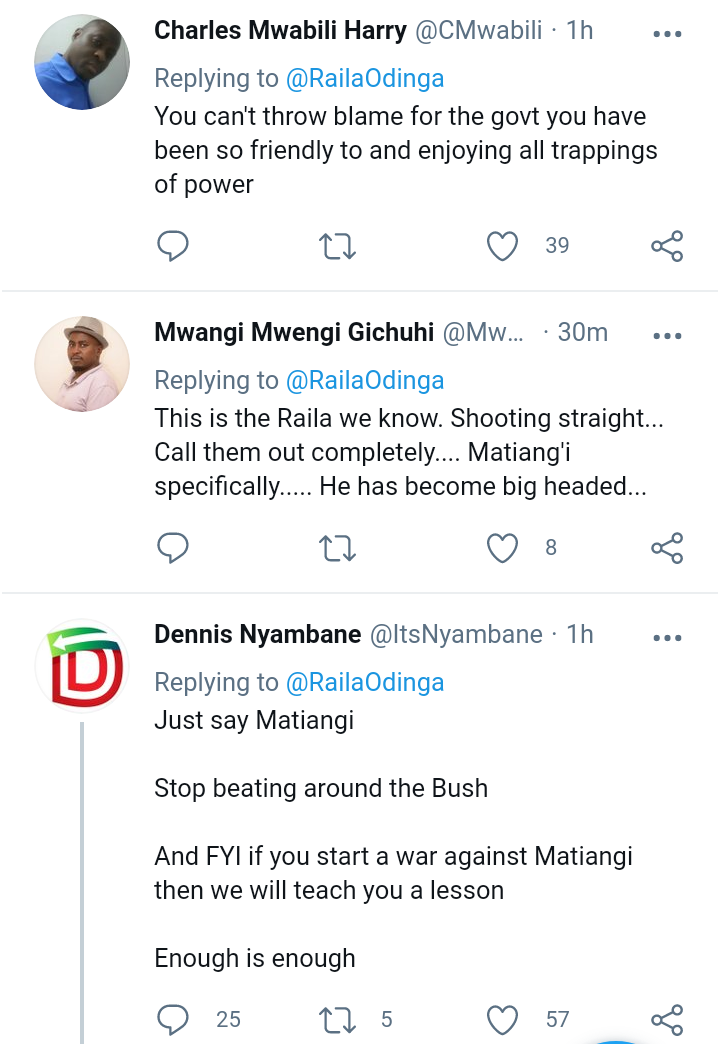 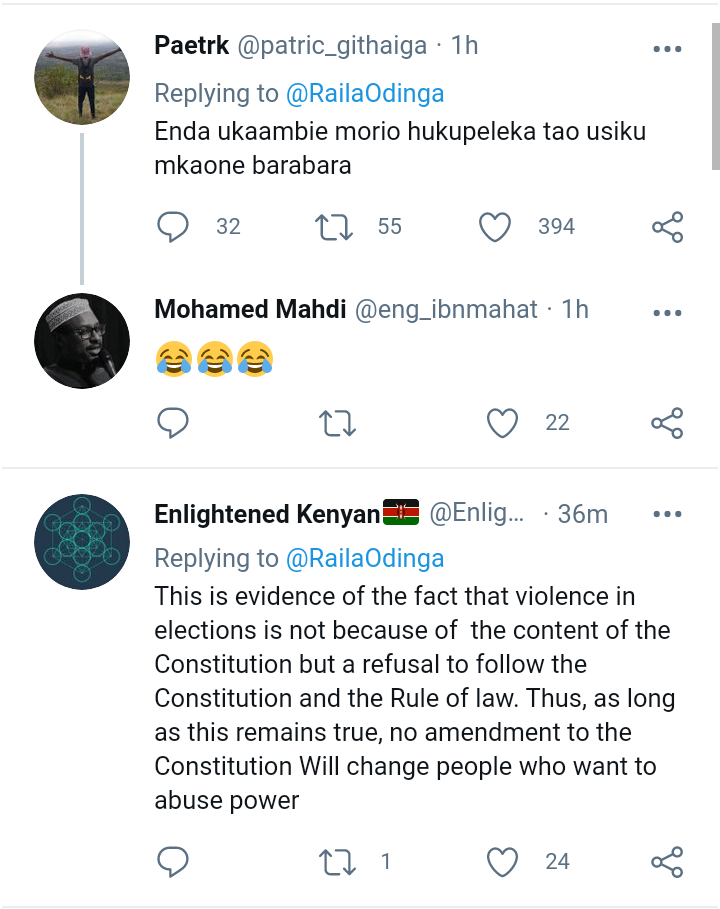