By Metet-Ambrose (self meida writer) | 8 days 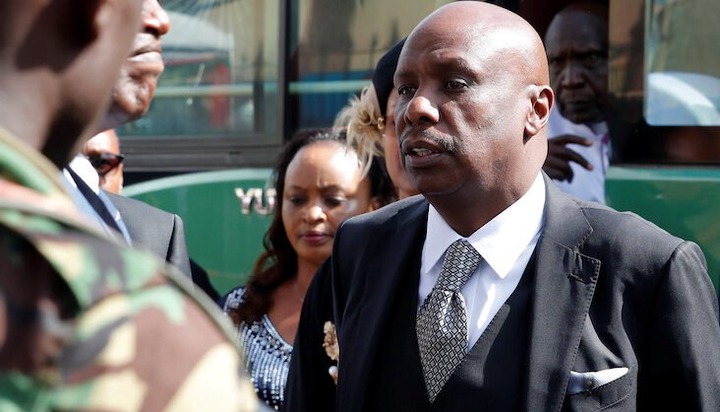 The KANU boss is yet to declare his presidential bid ahead of 2022 general elections and this has caused public debate on who controls the vote rich Rift valley region between Moi and Kenya's Deputy President William Ruto who is hailing from Uasin Gishu county.

Immediately it emerged that the Baringo senator is planning to officially announce his entry to Presidential battle, all eyes went to the Rift Valley voting pattern and a local daily reported that DP Ruto and Moi will have to square it. 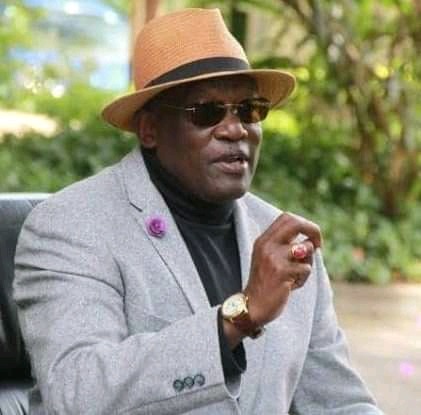 However, the UDA boss who also served as the Machakos county senator during the 2013-2017 government has told off the KANU party leader arguing that William Ruto is way far from competing with him. 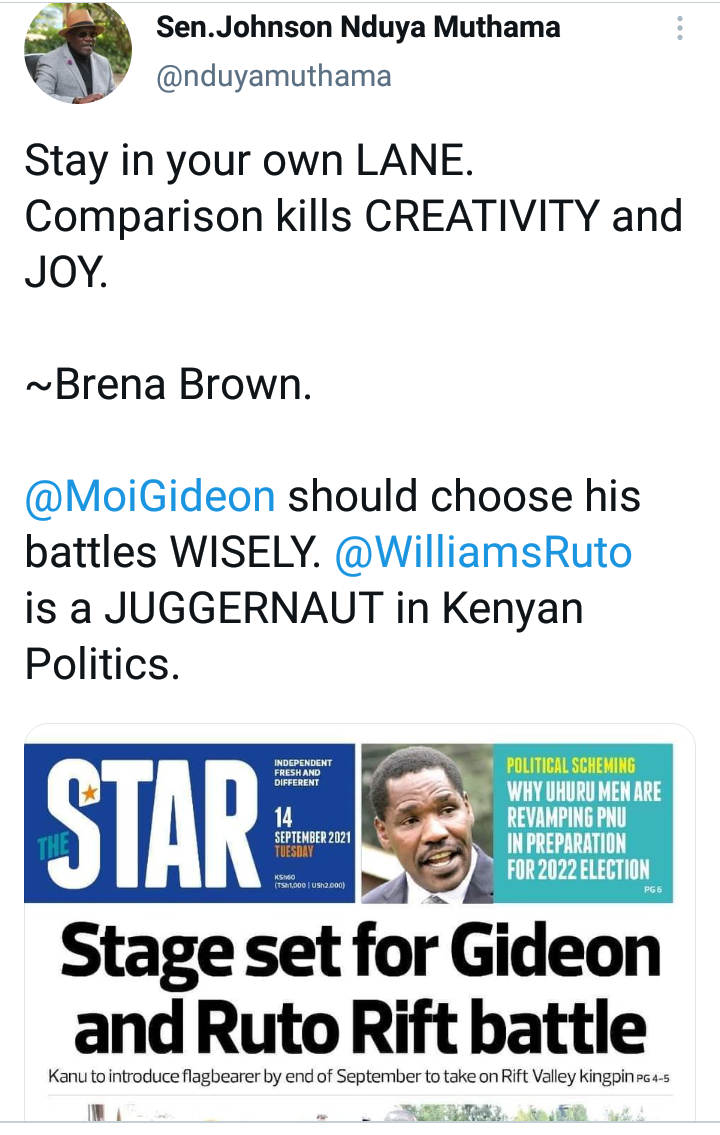 ''Gedion Moi should choose his battles wisely,''Muthama reacted to 'stage set for Gedion and Ruto Rift battle' headline by a local daily.

It is widely in public domain that the two perceived Rift heavyweights do not see eye to eye in matters politics and there is political supremacy on who is the say in the region. 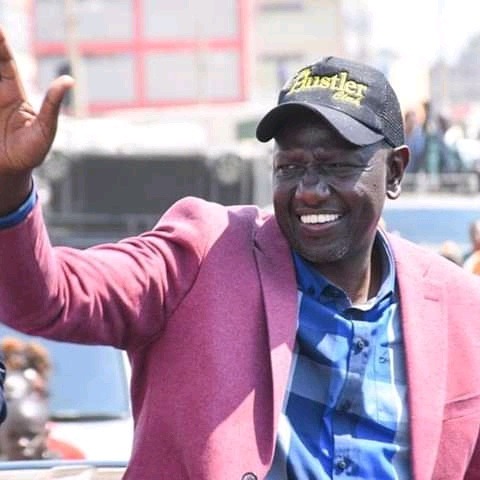 Ruto who seems to enjoy majority of the support is already campaigning to solidify ground for his 2022 presidential quest.