Murathe Admits Ruto Could Win But Warns Of Dangerous Decisions He Will Make. 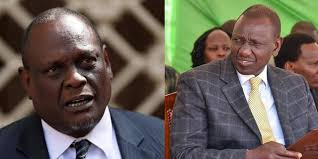 Jubilee vice chairman David Murathe has alleged of bad decisions that the deputy president William Ruto will make should he win the presidential race in the upcoming general election.

Speaking to k24 on Tuesday night, Murathe said Ruto is a vindictive leader who is bound to make bad decisions that might hamper efforts to promote national unity in the country.

First he claimed that Ruto is temperamental and will rule with an iron fist citing the leaked video clip where the DP is alleged to have threatened to slap the president.

"If he can dare to slap the President, what can he do to you (mwananchi)?” Murathe said wondering.

The DP had however defended himself saying that he was against the president relinquishing power; further, he accused his political enemies of maligning his nane.

Murathe also claimed that Ruto would change the constitution to suit his own interests adding that the DP won't relinquish power should he Succeed president uhuru Kenyatta.

Murathe who is a close ally of president uhuru Kenyatta has been persistently attacking the deputy president ever since uhuru did a handshake with azimio chief Raila Odinga.

Some kenyans who reacted to Murathe's claims sided with the DP saying it's better a slap from a friend than kisses of enemies.

Do you agree with Murathe on this? Feel free to share your thoughts and comments on this on our comments platform 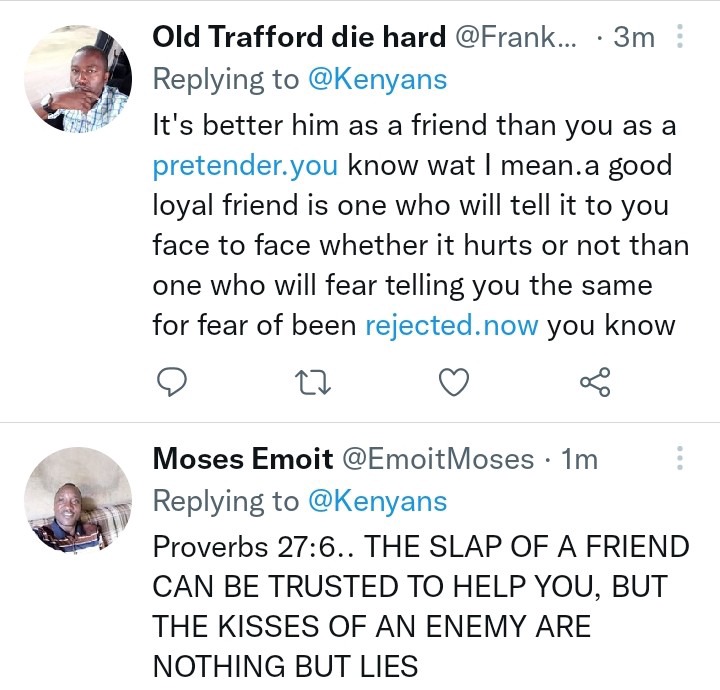 List of MCAs Who Won Under ANC Party Across the Country