Raila Warns The Maasai Against Leaders Who Aren't Genuine

By Tricktreck (self meida writer) | 14 days 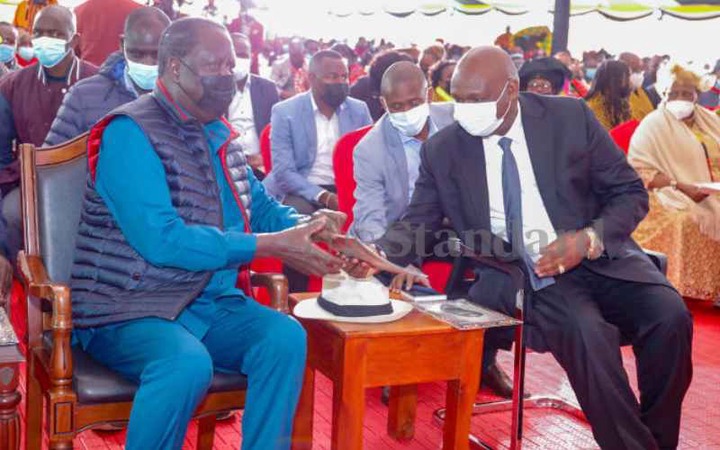 Senator Ledama ole Kina of Narok, who has been perceived as eager to join the DP's camp, was singled out and warned to be wary of Ruto.

“I'd like to advise my 'son,' Ledama, not to fall into the trap of the wolves dressed as sheep. “Please safeguard your flock as leaders,” the ODM chief warned.

Raila claims that if regional leaders continue to interact with Ruto and his organization, the government's progress in repairing the Mau Forest Complex will be jeopardized.

Despite losing support from the Rift Valley in the 2013 elections, he claimed he has never regretted pushing for the evacuation of illegal squatters from the forest.

“In 2013, when I ordered the evacuation of the illegal settlers, many people opposed me. Raila told the mourners, "I pledged never to relent and informed them that if they didn't elect me for that action, I was ready to go sell mandazi in Kibera."

Following the March 9, 2018 Handshake, the ODM leader, who is currently enjoying a cordial relationship with President Uhuru Kenyatta, praised Environment Cabinet Secretary Keriako Tobiko for establishing the task group to conserve the forest.

As the country prepares for the General Election next year, Raila and Ruto have been slinging jabs.

The ODM leader has gone out strongly against Ruto, claiming that he is unfit to be the next president.

Raila also has nothing fresh to give Kenyans, according to Ruto, who claims that “some individuals took from young people when they were in government” and thus has no moral authority to lecture the country on corruption. 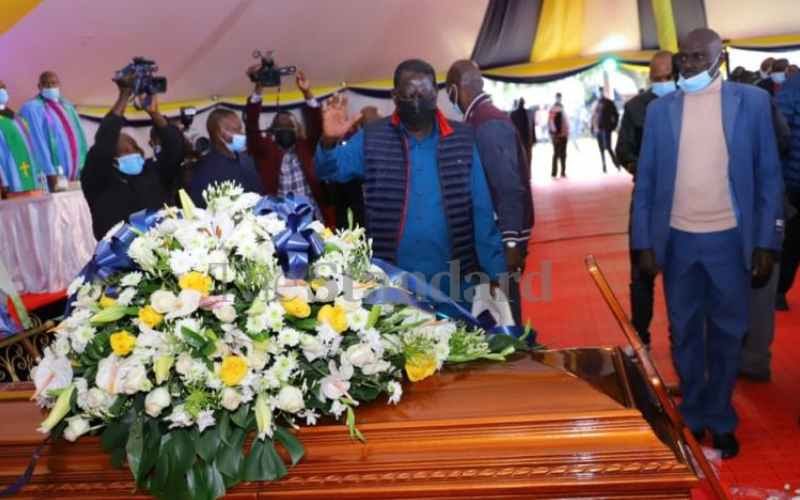 Mrs Ntimama passed away a few weeks ago after a brief illness. Amos, Timothy, and Lydiah, the late Ntimama's surviving children, characterized their mother as humble, kind, and inviting, as well as a fantastic cook.

Amos praised their mother as a strong family foundation.

“She was an incredible mother, and being the firstborn, I experienced her love firsthand. For 60 years, she was a true admirer of my father, and when he died, she never truly accepted it,” Amos recalled.

"It's Not Your Bedroom," Angry Moi Attacks Ruto On Rift Supremacy