By OchiengSala (self media writer) | 1 year ago 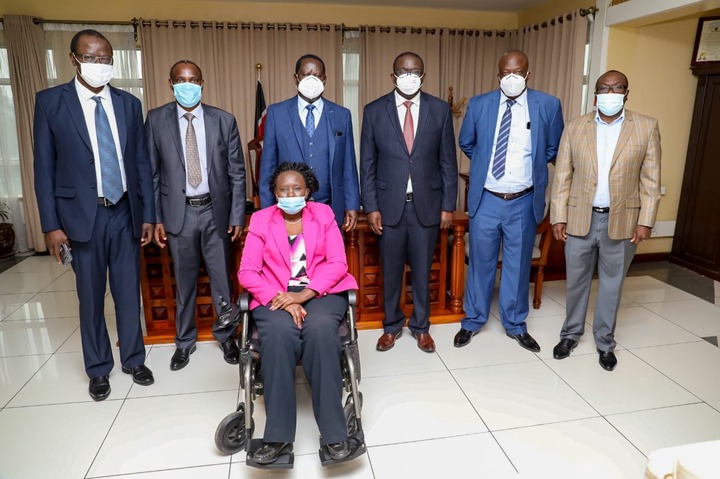 Obado‚Äôs impeachment motion is set to be tabled in Migori County Assembly on Wednesday, September 9.

Taking to his official Twitter account, Raila stated that ODM party is obligated to step in and protect the interests of the people in counties.

The meeting that seems to have sealed Obado‚Äôs fate was attended by Migori Senator Ochilo Ayako and ODM Chairman John Mbadi.

‚ÄúCounties brought the promise of better service delivery and Kenyans have high expectations of the system of governance. By and large it has worked but at times political parties are obligated to step in and protect the interests of the people. | Hosted a¬†Delegation from Migori.‚ÄĚ The ODM boss tweeted. 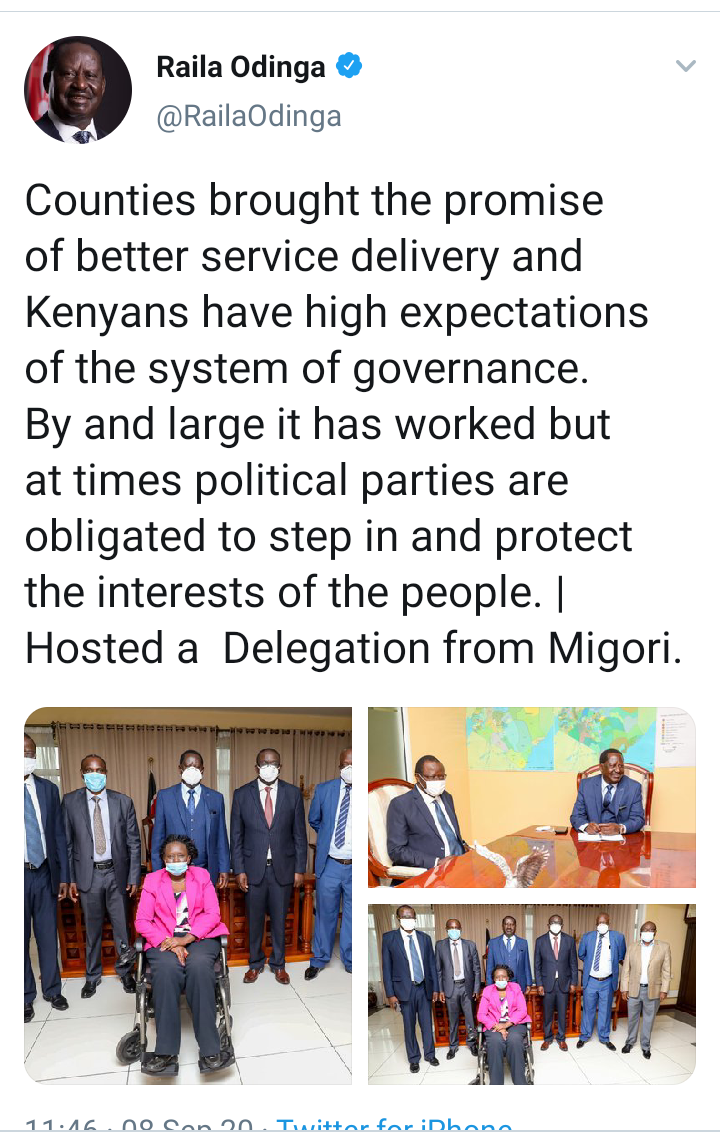 This moved came after Obado was arrested and charged alongside his four children with Ksh73.4 million corruption scandal.

In it‚Äôs ruling, the Anti-Corruption court ordered the Governor not to set foot in the county¬†offices until his case is heard and determined.

ODM party moved with speed to cut ties with the Governor whose relationship with the party has been rosy since the beginning.

‚ÄúDue to corruption charges levelled against Governor Okoth Obado and the decision by the court to bar him from accessing his office, the party in consultations with County MCAs has resolved to have a motion of impeachment against the Governor initiated immediately,‚ÄĚ ODM said on Tuesday in a statement on its official Twitter handle.

Content created and supplied by: OchiengSala (via Opera News )