By ElizabethMukonyo (self media writer) | 4 months ago 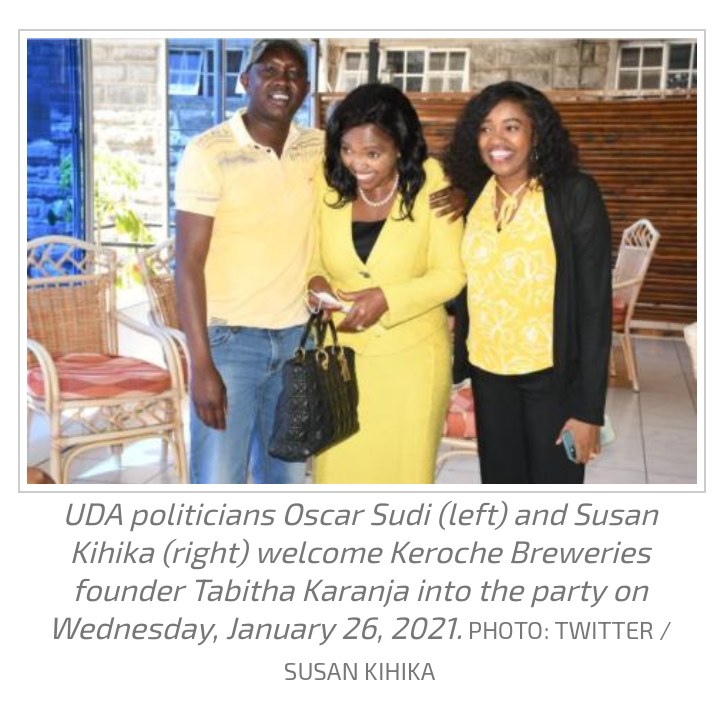 Tabitha Karanja the founder Keroche Breweries is now interested in another career. The founder wants to succeed Susan Kihika as the next senator in Nakuru. Tabitha Karanja joined the UDA party some few days ago and has already started attending the Deputy President's rally campaigns. She made her first appearance in the Nakuru rally on Wednesday, January 26th. The Deputy president took the golden chance to introduce her into politics and praise her. He described her as an able leader who can improve the business sector in the county. Tabitha stated that she has decided to join politics after a careful consultation with her people and she is willing to improve the country's economy if elected. 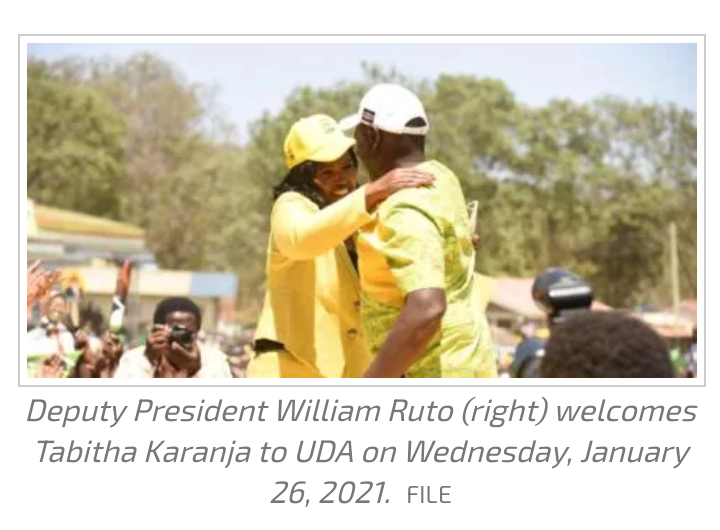 "I have listened to you and you have told me that the only vehicle I can use to represent you is UDA. I agree with you.

"To the DP, I have listened to you and I have practised that for the last twenty five years and I am a practical example of bottom up. I ask you when you make the Cabinet, remember the problem businesses have gone through. You should know that we want a conducive environment for businesses. High taxation has brought down companies," she said. 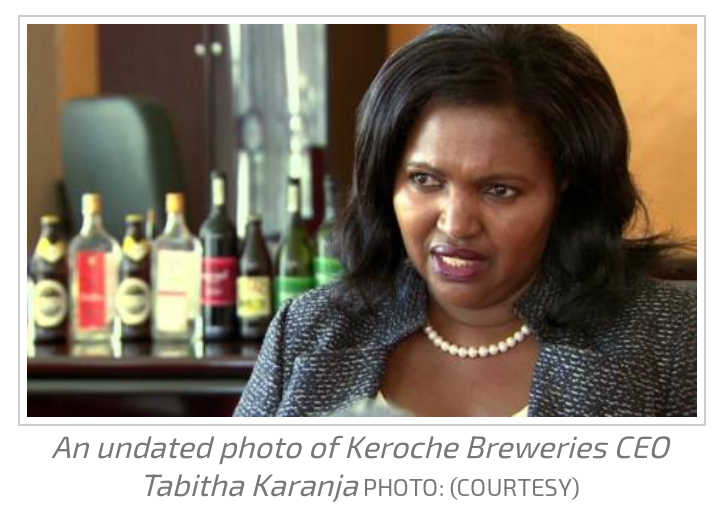 In addiction; Tabitha said that she would create new job opportunities as the theme of hustler nation dictates. She further stated that she had peoples interest at heart and wouldn't fail them.

"I want to represent you to ensure that all the laws from above are not meant to discriminate us. Are we together? Our job is to look for work so we can have some money in the pocket.

"I was born here. I come from Kenton Kijabe and attended Kiambogo Primary School and joined Bahati Girls High School. I am the one who set up the biggest company in Kiambu County," she said.

Karanja announced that she has been influenced by her friends to join politics. In October 2021, she stated her interest to join politics and its now the right time to implement that decision. Tabitha claims that she couldn't join politics earlier because he was busy with his own brand company. But ever since she became interested in politics she stepped down from her duty in the company.

The current senator for Nakuru county is Susan Kihika who has revealed her interest in succeeding governor Lee Kinyanjui.

Revealed: Why Kalonzo Was Locked Out Of Statehouse Race By IEBC And Why He Chose To Support Raila