By MrAnchor. (self media writer) | 2 months ago 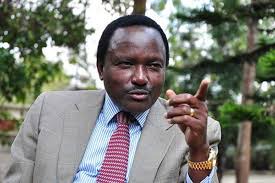 On Friday 26th, the One Kenya Alliance party leaders took their tour to Bungoma County which turned out be a huge success.

Several residents of Bungoma County turned out to meet up with the OKA leaders which was a major boost because they are assured of immense support.

While addressing a rally in Mulembe nation, Malala said that he was offended to see Kalonzo invite Raila to his National Delegates Conference on Thursday.

Malala challenged OKA to tell the electorates the truth about their plans with Raila. He said that he is ready to support Kalonzo for the presidency but on the condition that Kalonzo doesn't support Raila.

He said "Yesterday I was really saddened to see Raila in Kalonzo's nomination as Wiper's Presidential candidate,"

He added "You guys should tell us your plans. We have agreed that if you will select one of you as a presidential candidate, we will support you a hundred per cent, but if you tell us to support Raila, I will dump you as soon as possible,".

Responding to Malala, Kalonzo said that the aim of OKA is to unite the country and they cannot do so when they lock the door for others.

The Wiper party leader further claimed that Malala's threat to ditch the alliance seemed to point out that he has been sent by the "wheelbarrow people".

Kalonzo said "Malala I don't want to respond to your statement, you are still a young man and I respect you a lot but should know that uniting the country is not an easy task,"

He added "Don't come and tell us that when we do a certain thing you will level us, you will leave us for where?... Our main priority as OKA is that one of us becomes a presidential candidate but there is nothing wrong with other people coming and joining us... Don't come and say in the future that you have parted ways with us but in the real sense you have been sent by those in team wheelbarrow,".