By Alexcavinns (self media writer) | 1 month ago 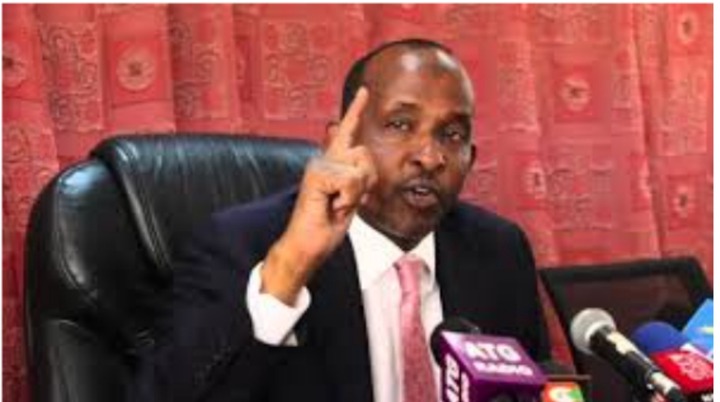 Speaking while in Kakamega as he accompanied the second in command William Ruto, the lawmaker said that Raila could be the biggest loser after the 2022 elections claiming he is the statehouse project. He added that they shall dismantle the so-called deep state and ascend to power.

"Raila is a government project and even his handshake partner, Uhuru, has one vote."

"We shall dismantle the so-called deep state and ascend to power," Aden Duale said. 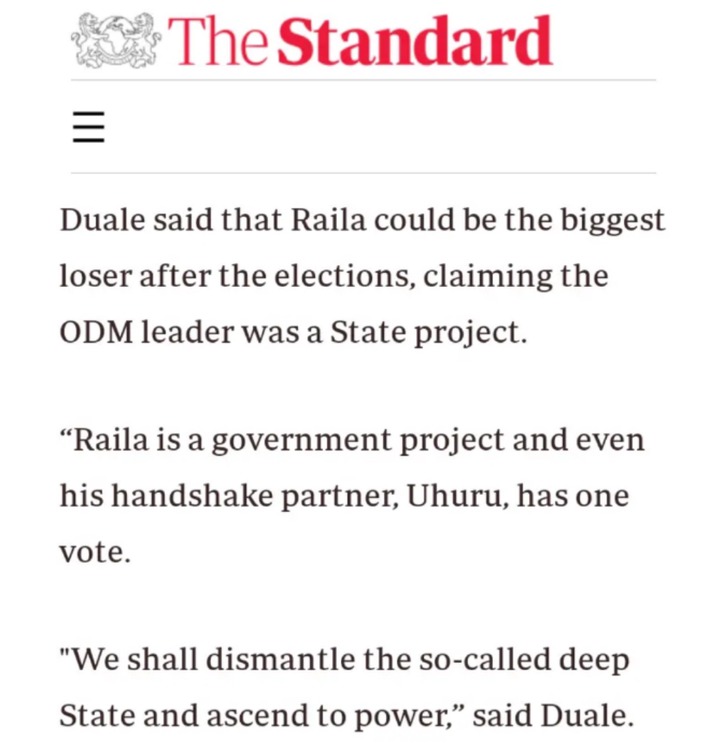 President Uhuru Kenyatta has not once reiterated that he will back up his 'brother' Raila Odinga in the coming Presidential elections. This has enabled Raila link up with some leaders from the vote-rich Mount Kenya region to coax voters to him.