“Please Forgive Us for Muhoozi’s Tweets” Museveni Finally Speaks, Reveals Why He Promoted His Son

President Yoweri Kaguta Museveni of Uganda has finally come out to apologize after his son, General Muhoozi Kainerugaba threatened to capture Nairobi in two weeks’ time. The then Commander of the Uganda People’s Land Forces caught many by surprise when he started sharing those controversial tweets. 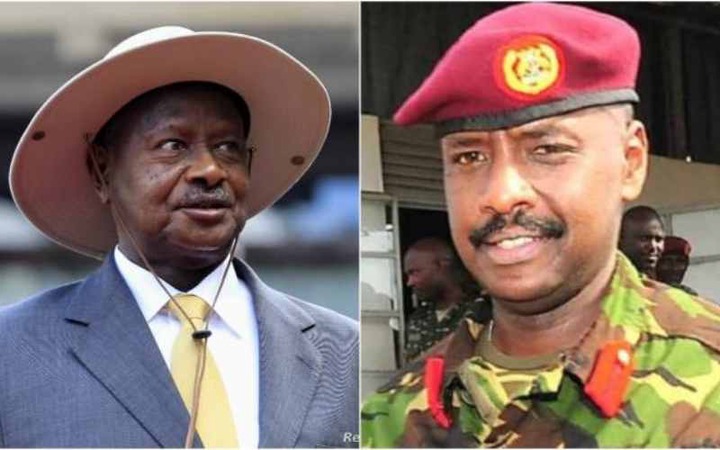 Muhoozi went ahead to detail how he intends to spearhead the union of East African countries to form one country in which he said his father president Museveni will be the president, and president William Ruto of Kenya will be the vice president. He went ahead to name former president Uhuru Kenyatta as the foreign affairs minister while he will assume the role of the Chief of Defence Forces.

This matter has generated a bitter exchange online with political leaders from both Kenya and Uganda calling on the Kenyan government to take action.

In a letter shared with the public, President Museveni noted that he was sorry for the actions of his son and assured Ugandans, Kenyans, and the entire East African region that peace shall prevail. 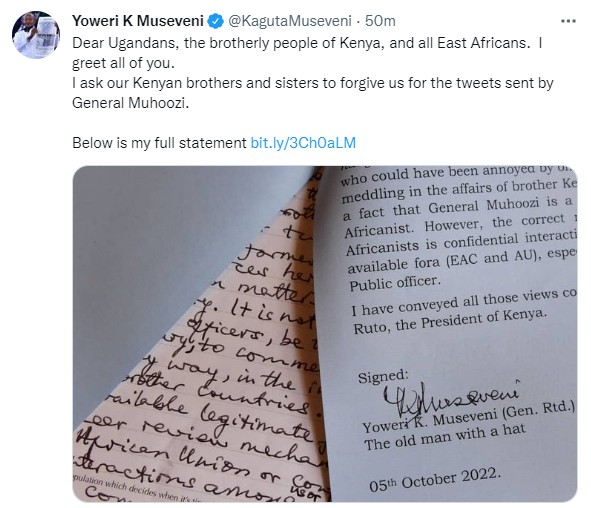 “I ask our Kenyan brothers and sisters to forgive us for tweets sent by General Muhoozi, former Commander of Land Forces here, regarding the election matters in that great country. It is not correct for Public officers, be they civilian or military, to comment or interfere in any way, in the internal affairs of brother countries. The only available legitimate forum is the Peer Review Mechanism of the African Union or confidential interactions among us or EAC and AU fora - not through public comments,” read part of Museveni’s statement.

The Ugandan head of state further defended his move to promote his son after such a controversial move. He observed that general Muhoozi has done so many good things for his country and those tweets were the only negative move he had made. 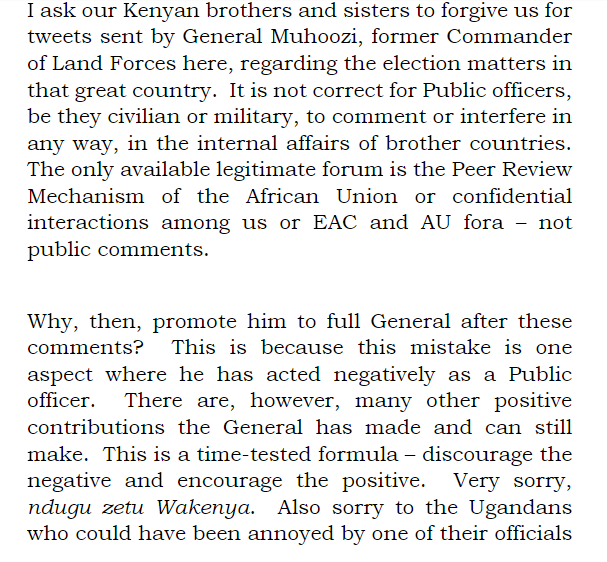 “Why, then, promote him to full General after these comments? This is because this mistake is one aspect where he has acted negatively as a Public officer. There are, however, many other positive contributions the General has made and can still make. This is a time-tested formula –discourage the negative and encourage the positive.   Very sorry, ndugu zetu Wakenya. Also sorry to the Ugandans who could have been annoyed by one of their officials,” added President Museveni.

President Museveni affirmed his commitment to a peaceful and harmonious East African union. He submitted that he had reached out to President William Ruto and apologized to him personally over his son’s reckless tweets.

Good News to Teachers of CBC