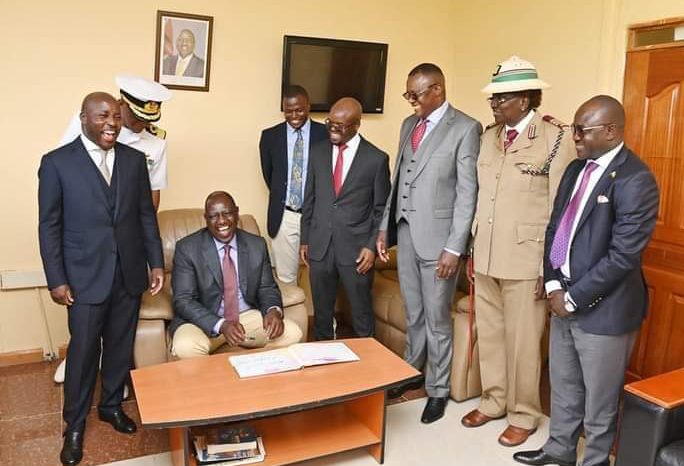 Brigadier Lekolool who served as President William Ruto's ADC since September 13th this year, after assuming his role under the new President and upon serving President Uhuru Kenyatta since 2018 has finally been replaced.

The announcement for his replacement was publicly made today on October 4th after the new Head of State appearing in public with a new male ADC for the first time.

As he turned up for the funeral ceremony of the late Jackson Reriani, brother to Deputy President Rigathi Gachagua at Hiriga village of Ruguru ward, Mathira Constituency of Nyeri County, the Head of State stepped out of the military chopper accompanied by the new ADC whose uniform showed that he's from the Kenya Army.

Then we say that Brigadier Lekolool's last day as an ADC was Sunday because yesterday on October 3rd, the President appeared in public with the outgoing ADC's Deputy, that's Lieutenant Colonel Rachel Nduta Kamui. 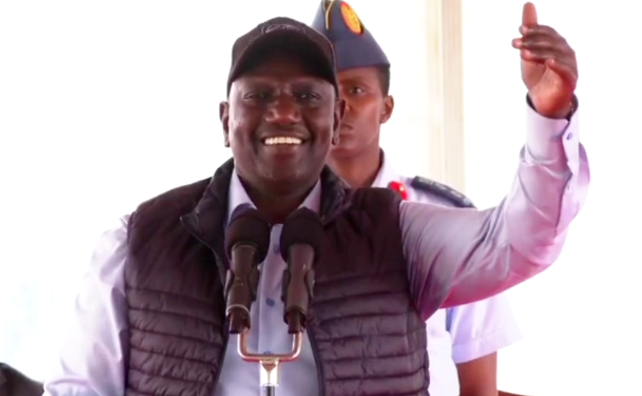 Actually, it seems that this was the President's way of giving the outgoing Deputy ADC Rachel Nduta an opportunity to serve him or to appear with her in public before her replacement being announced.

Fast forward to today, the President showed up in Nyeri with an ADC whose name is Colonel Fabian Lengusuranga.

As earlier mentioned, he is from the Kenya Army and he takes over from Timothy Stelu Lekolool who has been deployed to the Department of Defence (DoD) Headquarters.

The new Aide-de-Damp is deputised by Lieutenant Colonel Damaris Agnetta who is also from the Kenya Army.

Lt. Colonel Agnetta takes over from Racheal Nduta Kamui, who has been promoted to a full Colonel and as well deployed to Department of Defence (DoD) Headquarters.

Below are photos of them during the President's arrival in Nyeri: 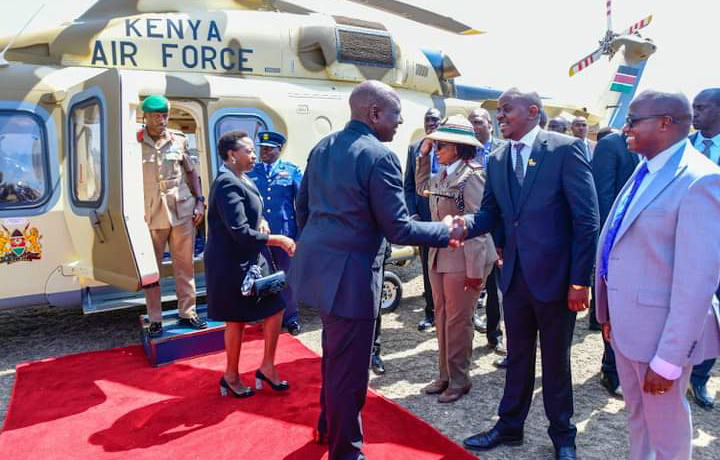 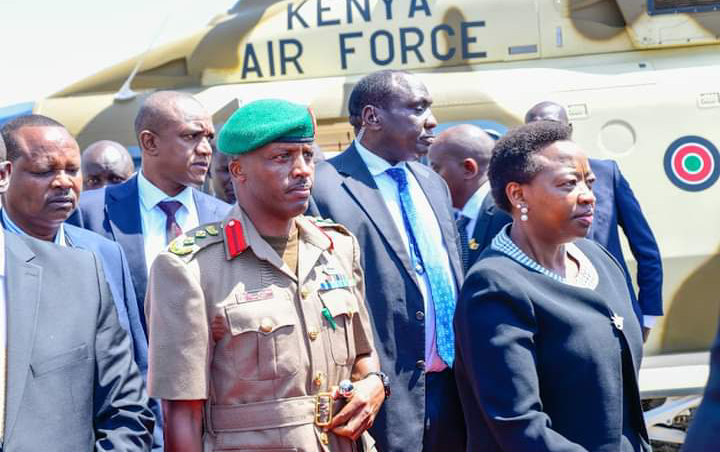 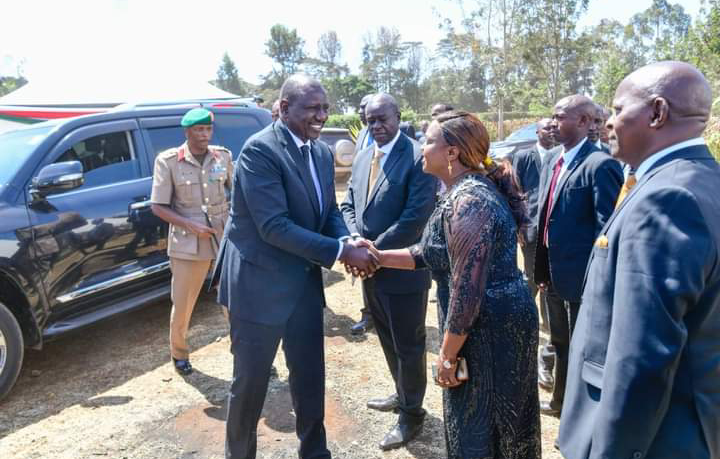 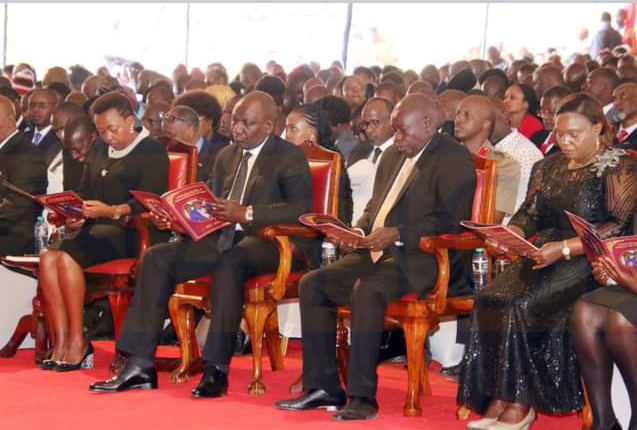 According to details that have been made public, Colonel Lengusuranga was commissioned in the Army in the year 1999.

That he is a seasoned and decorated military officer serving as a senior Special Forces branch commander. 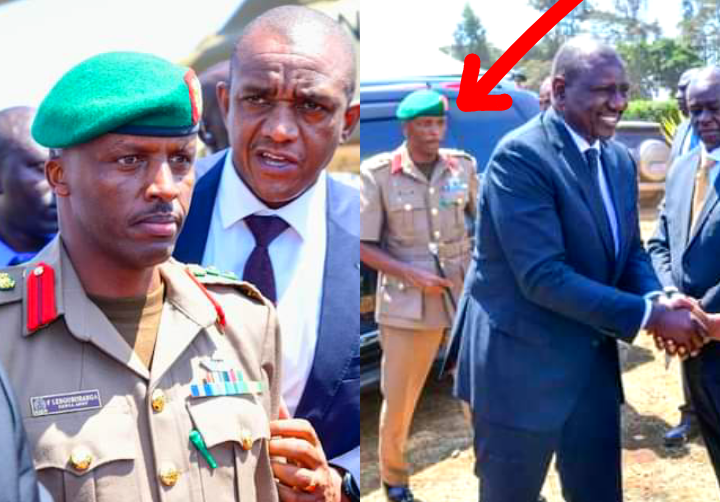 Lt. Col. Damaris Agnetta on the other hand was commissioned in 2003 and has been serving as an Artillery officer. She has also served in the United Nations Observer Mission. 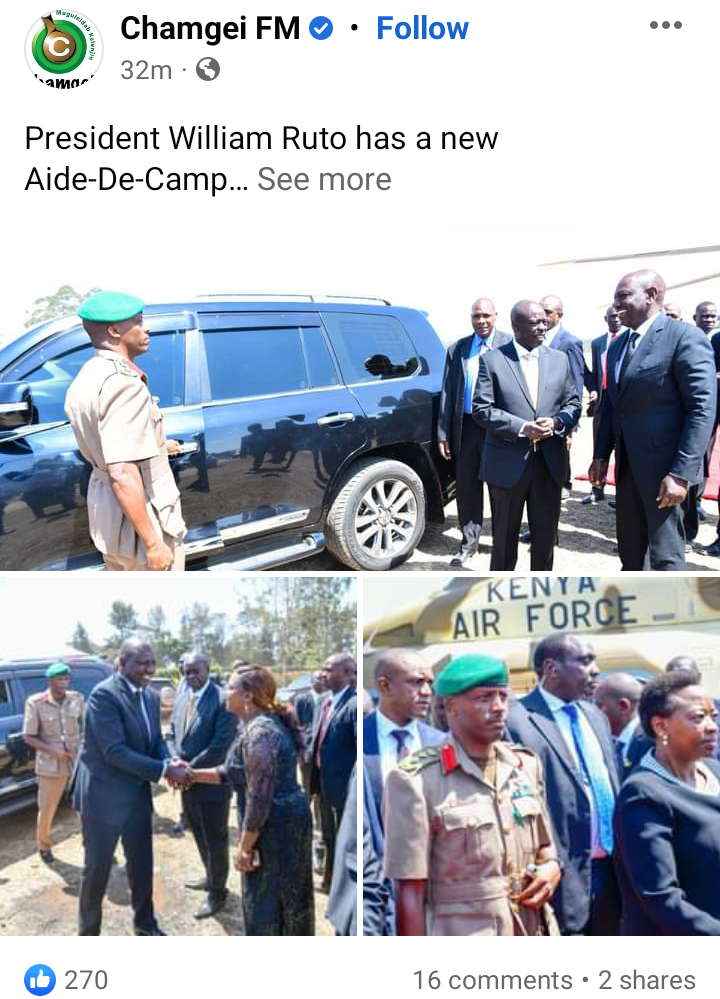 Rainfall Expected Over The Following Counties

Kisii Man, 27, Forced Wife's Lover To Walk Naked In Market After Bursting Them Cheating In Guestroom

Kisii Man, Beaten Near Death By Residents, Was Allegedly Bursted Preying Lady, 60, In Bush At Night