By JNews.KE (self media writer) | 1 year ago 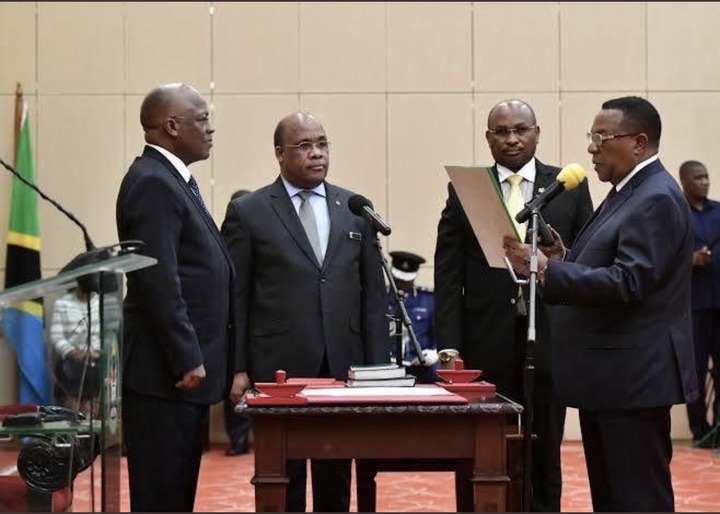 The late President of Tanzania, John Joseph Pombe Magufuli, whose death was announced on Wednesday, had predicted his death in February.

“To die, we will die! You could die of malaria, die of cancer, die of other diseases, because death is there! ” said President Magufuli on February 19, 2021 at the funeral of the former Head of Public Service in his government, John William Kijazi.

He also urged Tanzanians not to be alarmed by Covid-19, which killed the secretary-general, who was close to him, saying everyone was on his way transiting from this life. 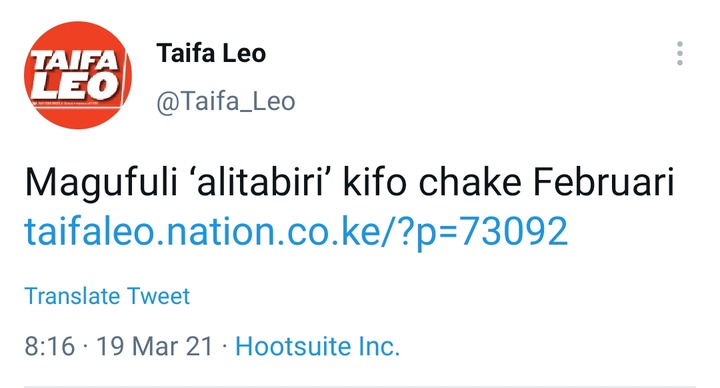 "God bless the late John William Kijazi, I know we are on our way," Magufuli told the mourners.

One week after the statement, President Magufuli did not appear in public again, prompting rumors that he was in critical condition suffering from Covid-19.

The government broke the silence on Wednesday night when it announced on its national television (TBC) its death from what Vice President Samia Suluhu described as heart problems.

The preacher predicted the president would die. In 2016, former Arusha Urban MP and preacher, Godbless Lema, predicted that President Magufuli would 'die if he continued his dictatorship.'

The statement led to his being harassed by police officers. 'God has shown me that if President Magufuli does not correct himself he will die. Continuing to think he is God and that everything is subject to him; If he continues to play with people's lives because of the strength of the dollar, he will not reach the year 2020, 'said Mr Lema, who is currently in exile in Canada, where he has been granted asylum due to harassment by the Tanzanian government.

Another Tanzanian opposition leader living in exile in Belgium, Tundu Lissu was the first to claim that President Magufuli was hospitalized at Nairobi Hospital in Nairobi after his health deteriorated while he was being treated in Tanzania.

"President Magufuli did not go to church last Sunday and today he did not go either. He did not attend the East African Community Summit last week and has not been seen in public for more than a week, 'Mr Lissu wrote on Twitter on March 7.

The government ignored its allegations and warned citizens and the media against publishing or writing rumors, and several people were arrested.