By Kenyahotpoliticalnews (self media writer) | 2 months ago 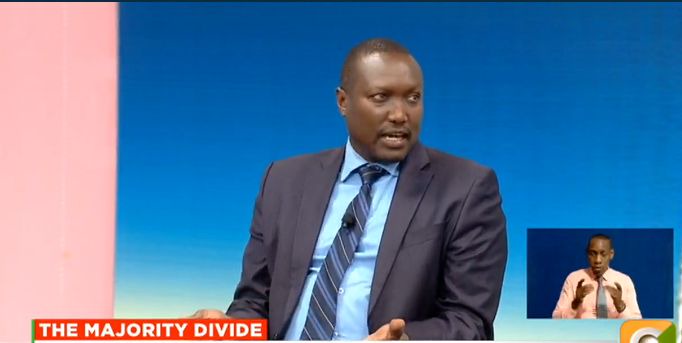 Speaking to Citizen TV Waihiga Mwaura in the night interview, legislator Robert Mbui who was elected on a Wiper party ticket under Azimio La Umoja revealed that the two Maendeleo Chapchap legislators from Ukambani region met him at KICC and requested for committees placement.

Legislator Robert Mbui went ahead to say that the two legislators immediately switched camps to Kenya Kwanza Alliance after the confirmation of the then president- elect William Ruto.

On the issue of majority status announcement, legislator Robert Mbui doubted national assembly speaker's move to delay the verdict stating that a decision has already be made and today was a pass time session.

" I believe a decision was already made by Kenya Kwanza and today was a circus for MPs to pass time" said legislator Robert Mbui. 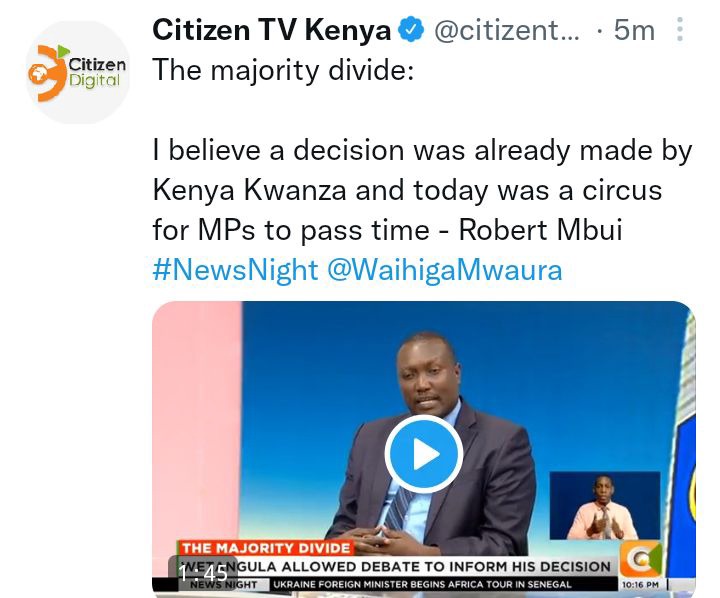 The People Cherera Consulted Before Resigning As IEBC Commissioner.