Just In:Samia Hassan To be Sworn-In Today As Tanzanians President After Death of Pombe Magufuli

By TheKamams (self media writer) | 1 year ago 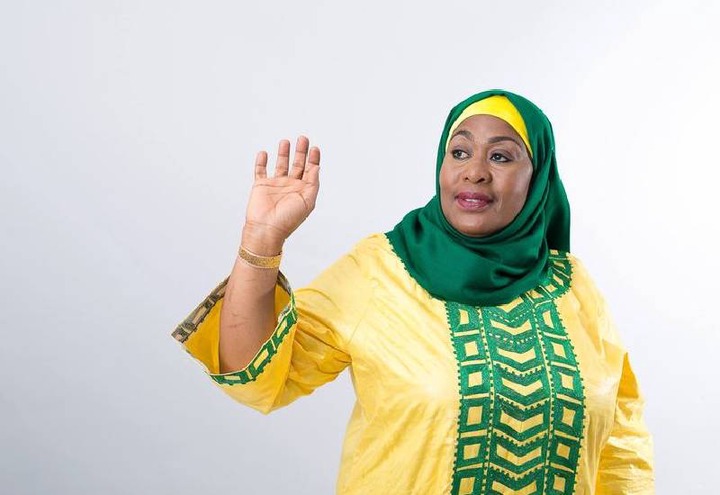 Just as Tanzania continues to mourn the death of their President John Pombe Magufuli, they are expected to have a new Head of State starting today at 10.00 AM

According to Tanzania Consititution ,Vice President Mama Samia Suluhu is expected to take over presidency after the set was left vacant following the death of John Pombe Magufuli.

Statement released to the press indicate that Mama Samia is set to be Sworn in today at the State House Daresalam at exactly 10 am. 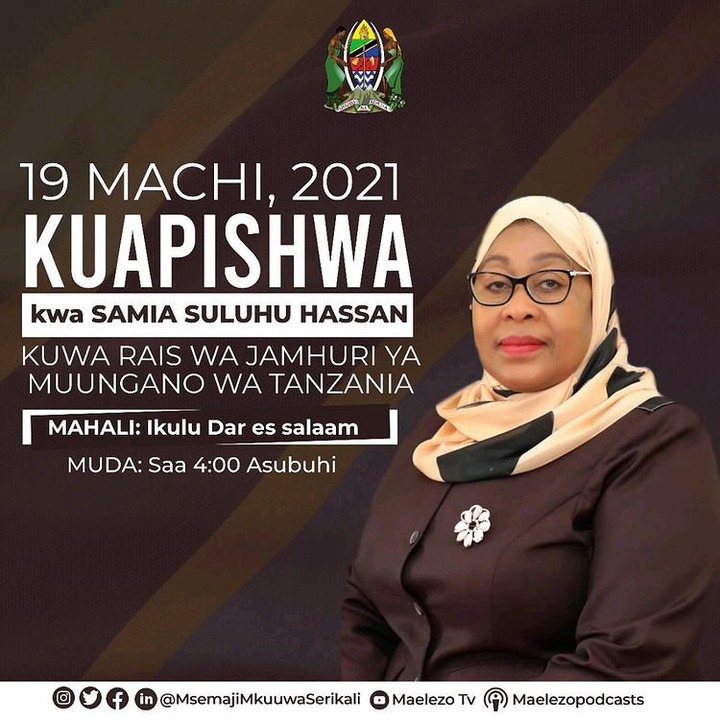 Samia will make history by becoming the first East Africa and Tanzanians female president joining the list of few women leaders who have scaled their way up to the top seats in the world mostly dorminated by men.

Mama Samia wears heavy shoes left behind by the good developmental legacy of Late Magufuli. Her being the second-in-command, it's believed that she will be in the right position to push and fulfill Magufuli's agendas.

Opposition leader Tundu Lissu believes that Mama Samia leadership might be way too different from her former boss and acknowledges that she is upto the task ahead of her. 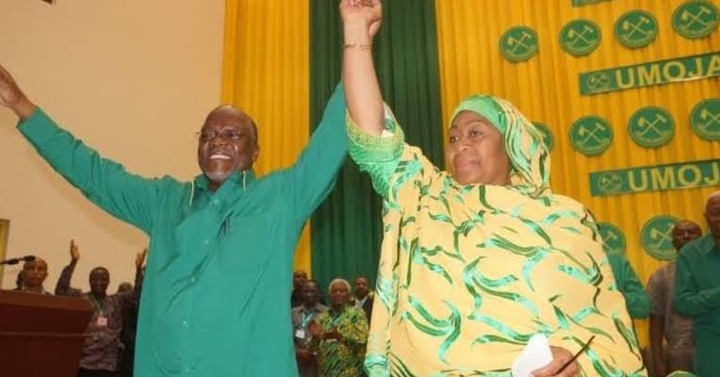 Late Pombe Magufuli burial dates are yet to be released as the country and East Africa communities raise their flags half-post and observing 14 days in honour of the falldn hero.