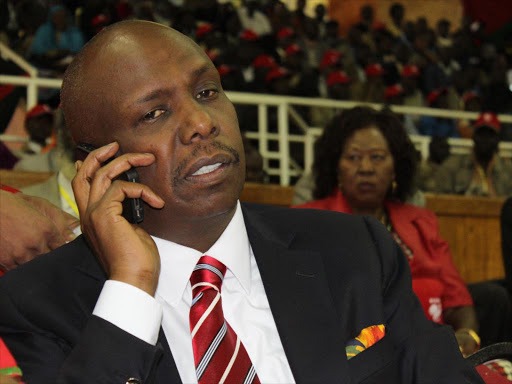 Days after announcing that he will be going back to Baringo county to defend his senatorial bid, Baringo Senator Gideon Moi has received a stern warning from a section of Baringo county legislators.

This is after Tenges Ward MCA Sylas Tochim warned Gideon, saying they will shame him in August after announcing plans to defend his senatorial seat. Speaking on Friday, Tochim said Gideon Moi had been blessed to go for national politics and cannot go back to county politics.

According to Tochim, should Gideon actually decides to go back and defend his seat, he will marshal other UDA lieutenants to shame him at the polls.

"Gideon knows that the Baringo people blessed him to concentrate on National politics. I want to tell Gideon that if he makes a decision of coming back, I together with MCA Chepsongol are going to lead a revolt and make sure we shame you. Baringo is UDA suit," stated Tochim. 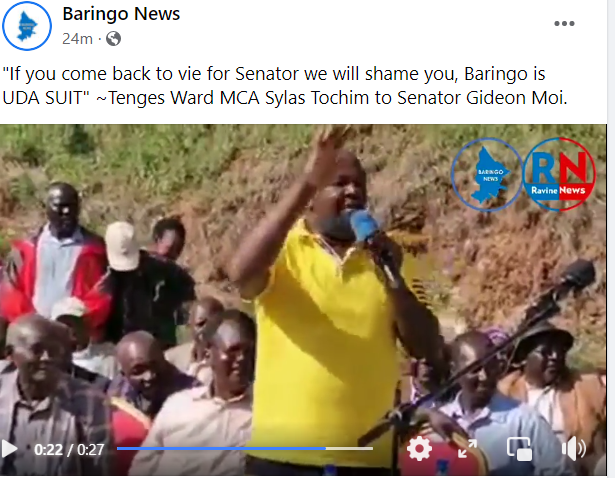 Tochim was one of the UDA candidates aspiring to be nominated for UDA party flagbearer for the senatorial post, He was, however, floored by the incumbent Baringo North MP William Cheptumo, but vowed to remain in UDA and campaign for the party and its aspirants.

On the other hand, MCA Reuben Chepsongol was running for Baringo North constituency seat under UDA ticket but was also floored by Makilap. He has also vowed to remain in UDA and campaign for the party.

Gideon Moi had earlier announced he will not be defending his seat and that he will be concentrating on national politics. However, news emerged this week that Gideon is going back to Baringo to defend his seat after Azimio la Umoja politics suggestively locked him out of various top leadership positions.

He has, however, vowed to remain in Azimio and support Raila's presidential bid