By Wilson_Kimani (self media writer) | 1 month ago 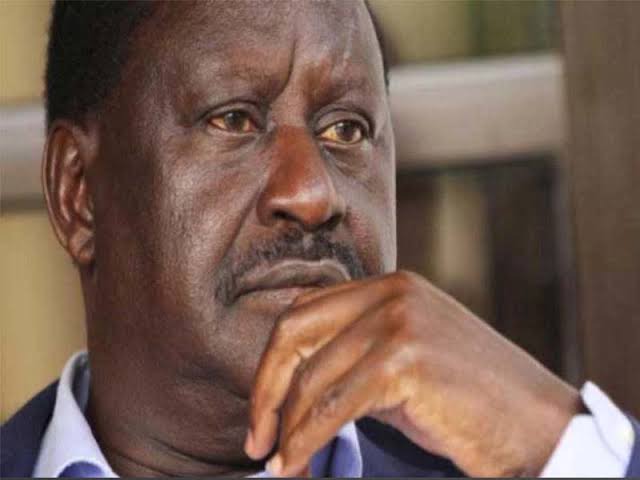 Former Prime Minister Raila Odinga has a reason to worry about his political future ahead of 2022 general elections. This is after latest poll by Kenyas.co.ke revealed the gap he has to cove just few days to the August election.

According to the poll, which revealed that nationally, Raila's main opponent, Dr William Ruto had beaten him gaining 49.9% preferencewhile Raila came second with distant 42.5% preference. 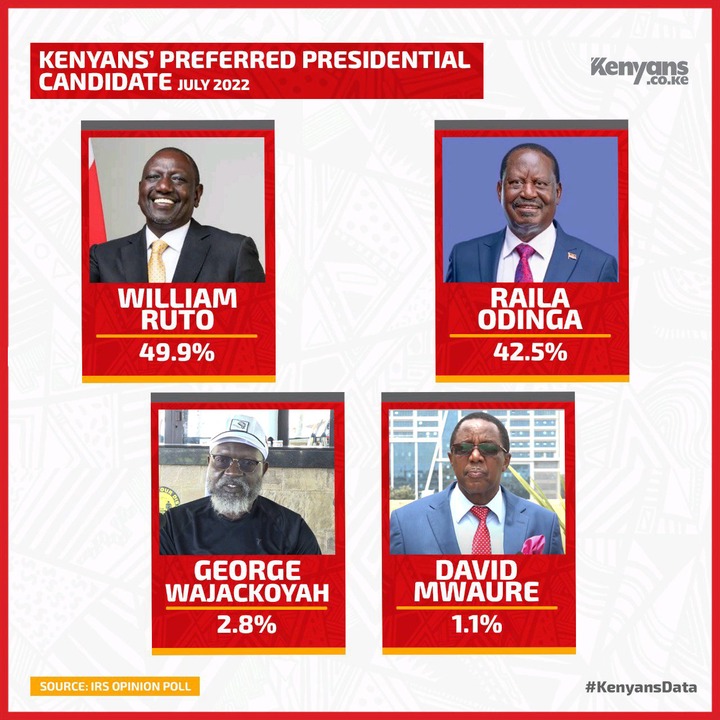 According to the poll, Raila had lost big in some regions perceived to be his strongholds, where his opponent gained unexpected points.

For example, in Nyanza province, the polls revealed that Ruto was making much gains than Raila ought to have allowed at this particular time. As in the below screenshot, in western, central and south Nyanza, Ruto gained 48%, 10% and 44% respectively. 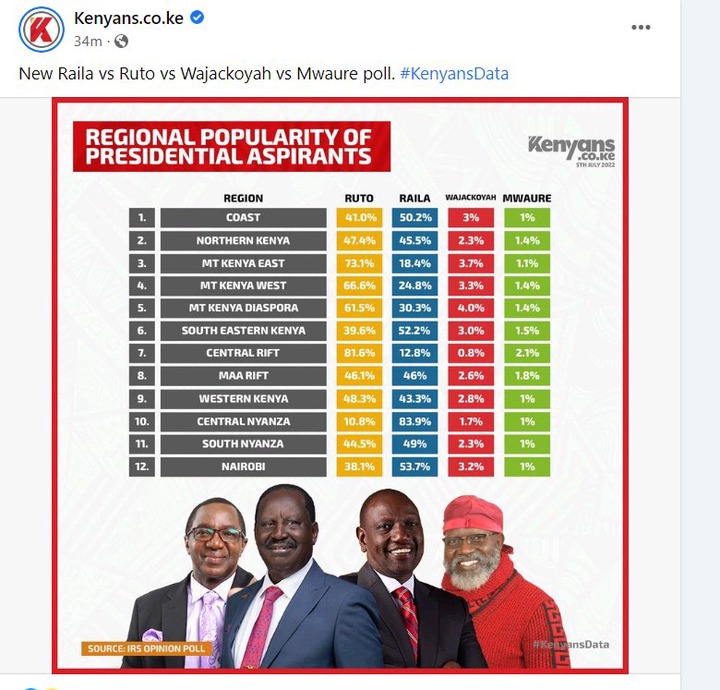 This is a huge mistake to ever happen to Raila. If you look at DP Ruto's strongholds, he has been able to secure at least 65% preference which means he has taken enough measures to ensure vote security in his favour . For example in central rift valley and Mount Kenya, Ruto has taken over 65% lead which means that most voters would prefer him if elections are held today.

Raila has now a big task to first secure his strongholds against shifting to his opponent than to look gor the support of any other region if he has to catch up with the DP.

What Is Happening In Kisumu And Sugoi : VIDEO

IEBC Confirms It will Announce the New President at Exactly 3.00pm