Central Organization of Trade Unions (COTU) Secretary General Francis Atwoli has been forced to declare his political party affiliations by Kenyans on twitter who have been pushing the #AtwoliBackOffANC. 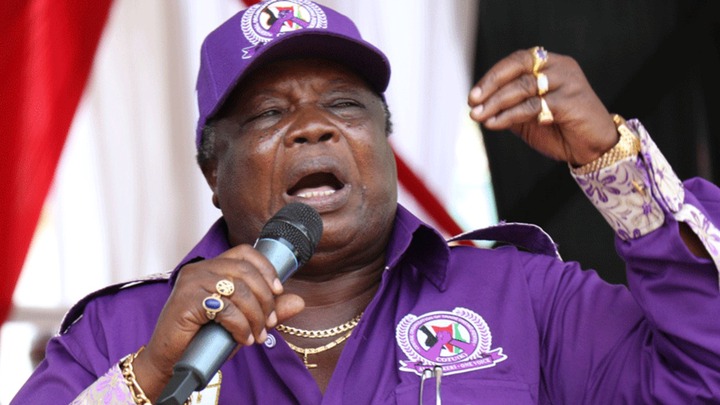 The hashtag has been going after Atwoli for allegedly being on Musalia Mudavadi's neck all the time, pushing him to surrender his political ambitions and support Raila Odinga. 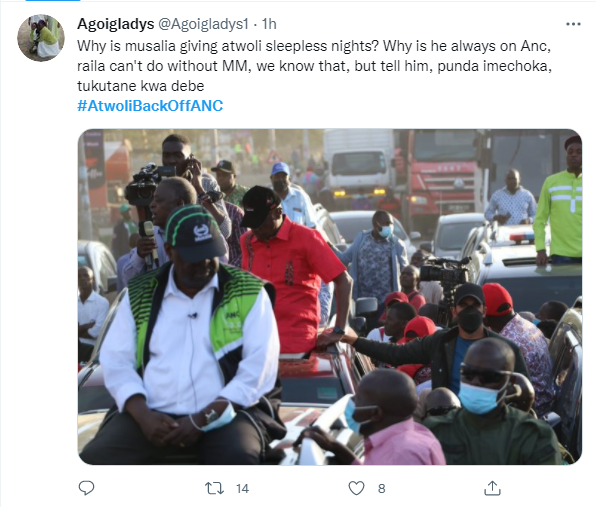 In response, Atwoli has stated that he is a lifetime member of the KANU party and not ANC. He claims he can only associate himself with the ANC party of South Africa because it has unionist representation. Atwoli however stated that his party Leader, Hon Gideon Moi, is working with Musalia Mudavadi. 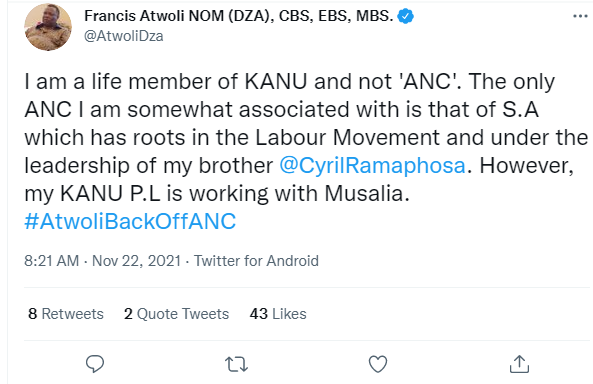 On many fronts, Atwoli has been pushing the Raila presidency ideology that he might have come out looking like an ODM party member.

In the meantime, questions have been asked about the One Kenya Alliance's longevity as there have been rumours of possible split. The OKA principals; Gideon Moi, Musalia Mudavadi, Moses Wetangula,Kalonzo Musyoka and Cyrus Jirongo came out to dispel these rumours yesterday during political rallies in Naivasha, where they stated that they are in the presidential race for the long term and will announce their flag bearer very soon.