The Only Legacy You Can Leave Behind Is The New Constitution, President Kenyatta Told

By DENISZADOCK (self meida writer) | 11 days 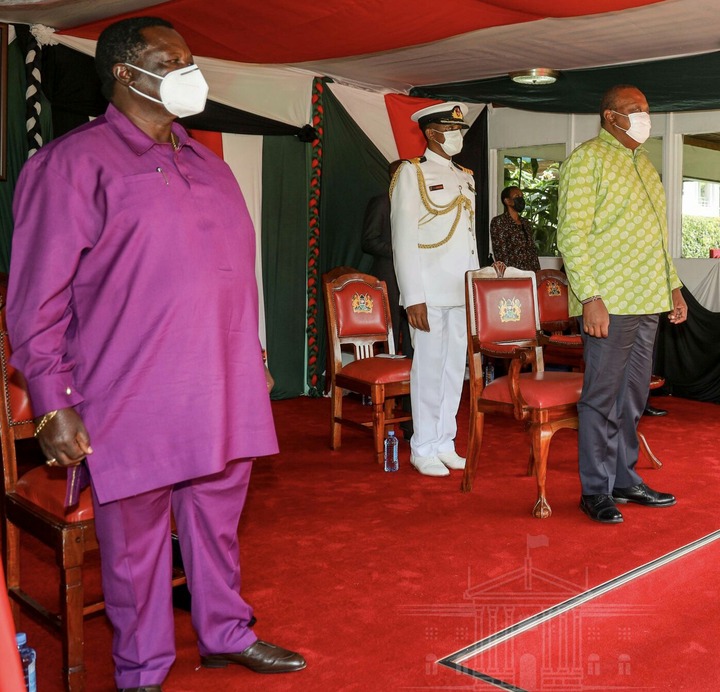 Central Organization of Trade Unions  (COTU) secretary general Francis Atwoli has said the only Paramount legacy President Uhuru Kenyatta can leave behind his two terms in Office as the President  is to make sure Kenyans have the new constitution through BBI.

Speaking during the celebrations of labour day at state house Atwoli said President Kenyatta should not quit BBI but to keep on pushing it to go through before the next year's general elections to have a new constitution in the country.

"As trade union, we have resolved to support President Kenyatta in amending the constitution through BBI and that is the only legacy that president should leave to help Kenyans in future,"said Atwoli

Atwori urged members of Parliament and senators to discuss the BBI proposals and support it without opposing it and help president Kenyatta to leave a good legacy in the county after his two terms in office as the president.

"Workers have been affected in every election but we have seen our two brothers working together and that is what we want and we support it ," added Atwoli

Content created and supplied by: DENISZADOCK (via Opera News )

'I Will Not Negotiate With Dictator Museveni' ~ Bobi Wine