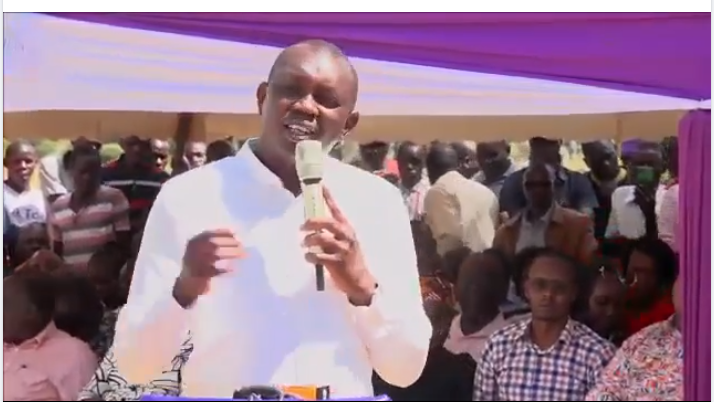 Kapseret MP Oscar Sudi has hilariously explained how President William Ruto nearly appointed him a CS when he announced his cabinet on Tuesday last week.

Speaking on Saturday during the burial of Elgeyo Marakwet county Governor Wisley Rotich's brother, Sudi said he had just arrived at Statehouse on Tuesday afternoon, hours before President Ruto named his cabinet secretaries.

He explained how Ruto reacted when he saw him without a tie, adding that Ruto joked about announcing him (Sudi) as one of the next CSs. He said he had to ran as fast as possible to his house and put on a very expensive tie as he prepared for any eventual announcement 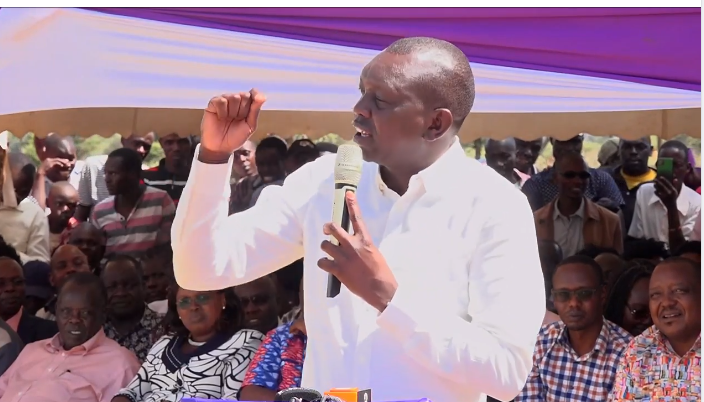 Hilarious Sudi explained how he made sure he had positioned himself at a strategic position where Ruto could see him as he announced his Cabinet Secretaries in Statehouse.

When Kipchumba Murkomen's name was announced, Sudi said he had to confirm from his friend Ndindi Nyoro that Ruto had not misspelled the word Onesmus Kipchumba instead of Oscar Kipchumba.

"I made sure I stood at a place where he could see me. When he announced the name of Onesmus Kipchumba, I had did not hear Onesmus and had to ask Mr. Ichungwa whether it was Kipchumba Sudi, or Kipchumba Murkomen, I knew that things had gone southwards afterward," he stated