The Biggest Reveals So Far from the Pandora Papers Leak

By MarthaAnyesi (self media writer) | 3 months ago 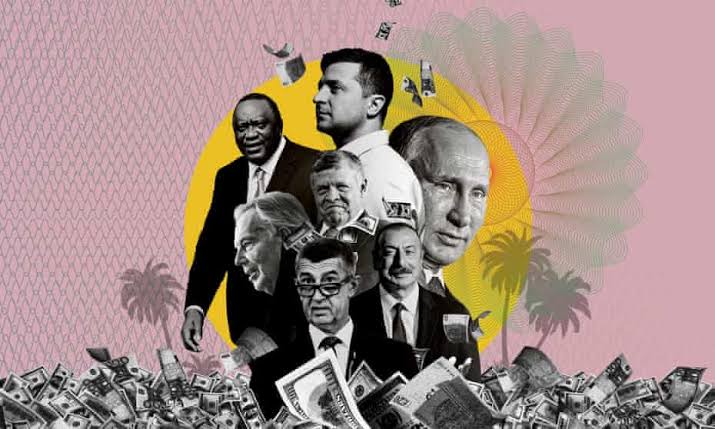 The Pandora Papers, an unprecedented leak of financial information, exposed the offshore financial assets of dozens of current and former world leaders, as well as hundreds of politicians from Asia, the Middle East, and Latin America.

The International Consortium of Investigative Journalists obtained 11.9 million confidential documents from 14 different legal and financial services firms, providing "a sweeping look at an industry that helps the world's ultrawealthy, powerful government officials, and other elites conceal trillions of dollars from tax authorities, prosecutors, and others," according to the group.

In most nations, moving money through offshore accounts in predominantly low-tax jurisdictions is allowed, and many of the persons listed in the data release haven't been charged with any criminal offenses. The 2.94 terabytes of financial and legal data, which is larger than the 2016 Panama Papers leak, shows the "offshore money machine operates in every corner of the globe, including the world's largest democracies," and involves some of the world's most well-known banks and legal firms, according to the journalist group.

The following are some of the most significant revelations in the release:

According to the ICIJ, Czech Prime Minister Andrej Babis "moved $22 million through offshore firms to acquire a magnificent home on the French Riviera in 2009 while keeping his ownership hidden." According to the organization, the five-bedroom Chateau Bigaud, which is owned by a subsidiary of one of Babis' Czech enterprises, sits on 9.4 acres (3.8 hectares) in a hilltop village where Pablo Picasso spent his final years.

Former U.K. officials are depicted in the documents. According to the Guardian, Prime Minister Tony Blair and his wife saved $422,000 by using an offshore company to buy an over $9 million office in London's Marylebone neighborhood that was partially owned by the family of a Bahraini minister. The agreement was not illegal, but it "highlights a loophole that has enabled wealthy property owners to avoid paying a tax that is normal for regular Britons," according to the daily.

Wild Reactions as The Wajesus Posed For Baby Bump Reveal