Tension In Statehouse, Differences Continue Emerging Between Ruto And DP. Will The Centre Hold?. 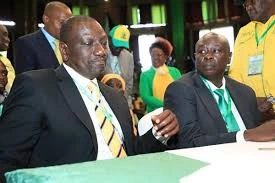 A vigorous competition for lucrative state employment is sowing the seeds of strife between President William Ruto and his deputy, Rigathi Gachagwa, as doubts emerge about the center's ability to hold.

The bond between the two close friends was recently put to the test during the EALA nominations, when the Mount Kenya region, led by Rigathi Gachagwa, opposed President Ruto's selected nominee, Fred Mutei, in favor of their own candidate, Maina.

Kenyans anticipated that the president's demands would be honored, as he holds the majority of seats in Parliament.

Prior to the elections for the East African Legislative Assembly, when the governor of Nyeri publicly denounced intentions to shortchange the vote-rich region, the list of senior secretaries was a source of disagreement.

Due to the discord between the two leaders, the initial list of candidates was broadened to include more individuals to meet the requirements.

Mount Kenya and the Rift Valley each get 13 seats on the president's final list of 51 nominations, allowing the rest of the country to share the remaining slots.

Although Nandi senator Samson Cherargei and south Mugirango member of parliament honorable Sylvanus Osoro refuted rumors of divides, Nyeri governor Mutahi Kahiga has confirmed that there are individuals spreading seeds of conflict between president William Ruto and his DP. 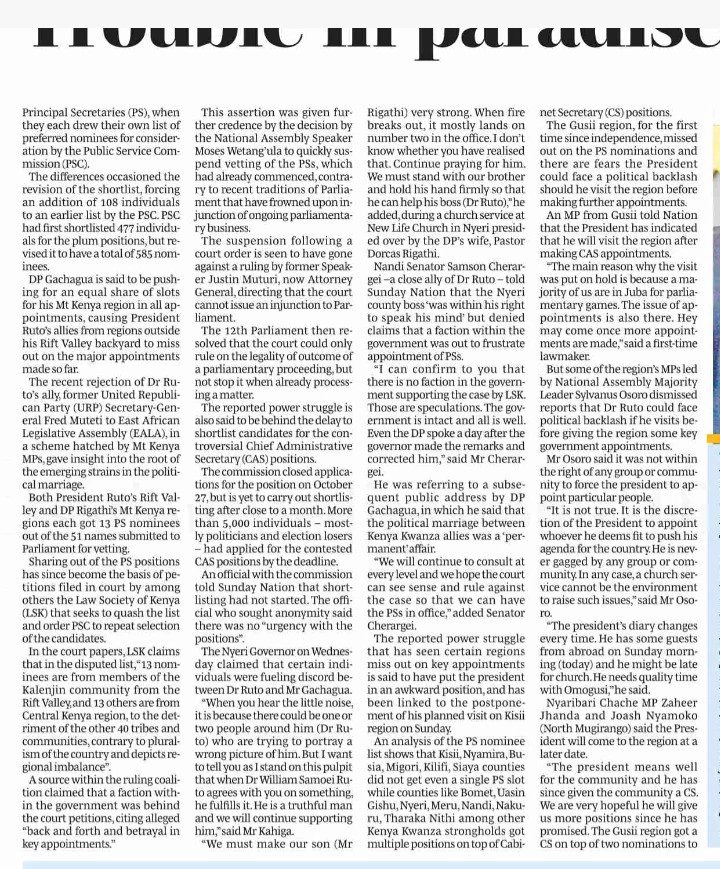 This is occurring as it becomes apparent that the vice president, Rigathi Gachagwa, is seeking an equal allocation of positions for his Mount Kenya region in all selections, forcing President Ruto's allies from other regions to be overlooked.

Do you believe that the two will weather the approaching storm? Please share your views and opinions about this on our comments platform.