Drama as Muthama, Kalonzo Engages in Bitter War of Words Over DP Ruto

By DailyBriefing (self media writer) | 1 year ago 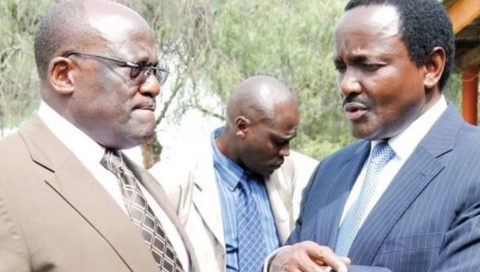 Machakos locals were treated to a free drama as Kalonzo, Muthama tempers flared over their political difference. The former political lovebirds turned foes faced off in a bitter exchange of words during Mulu Mutisya’s son funeral in Machakos county.

It was the fist time that they came face to face in public since when Muthama dumped Wiper Party for DP William Ruto's Tangatanga Camp. Muthama, who joined Deputy President William Ruto’s camp after ditching Kalonzo’s Wiper outfit, was the first to address the mourners. Muthama lashed at his former boss for his indecisive nature. Muthama urged Kamba members to consider shifting their support to his current boss DP Ruto, leaving unpleased Kalonzo in a very awkward situation.

“I want to tell Kalonzo and those cheering him on that presidential campaigns are not conducted the same way village politics are held. Those who are serious about their presidential ambitions, hold huge gatherings in Nairobi, Mombasa and other key regions across Kenya,” said Muthama.

“Mounting a spirited presidential campaign requires huge financial resources and highly-strategic foot soldiers, [which I doubt Kalonzo has],” he said.

After his address, Muthama invited Kalonzo to address the gathering. The visible shaken Kalonzo who couldn't wait to talk poured his anger towards Muthama accusing his former political ally of betraying him for DP Ruto. Kalonzo further told Muthama on his face he won't allow him to mislead them once more to form alliance with DP Ruto. 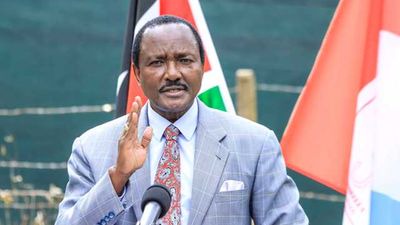 “Muthama, I won’t allow you to mislead me for a third time. You have failed me on two key separate occasions,” said Kalonzo.

“This time around, on matters national politics, I will go to the negotiating table alone. Go tell the deputy president that I will face off against him in the 2022 presidential election,” said the ex-VP, adding

The vividly angry Kalonzo further assured his supporters that for once he was going to make a decision without being towed around like a cow. “I do not want to deputise Ruto, and no one will shepherd me to a politician the same way a cow owner does when he or she is taking the animal to the market .” lamented Kalonzo.