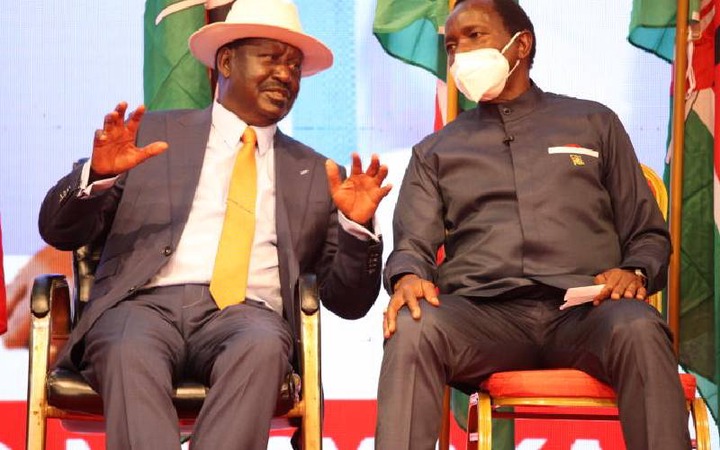 Raila, speaking in Lavington, said that he is not forcing anybody to join his Azimio La Umoja camp, in reference to Kalonzo and his OKA coalition.

It has now been revealed that the leader has given up on trying to convince Kalonzo to team up with him, thanks to the dilly-dallying nature of Kalonzo.

Sources close to him have painted an image of a man who has given up on his former running mate, after realizing it will be hard to convince him, and has now left the job to President Uhuru Kenyatta.

They have revealed to the Daily Nation that it is for this reason that Raila announced that he will only work with those interested in joining him henceforth. 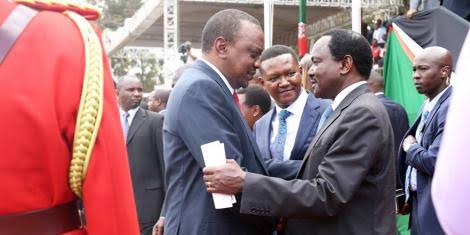 Kalonzo has been breathing hot and cold on joining hands with Azimio, saying that he has no other option but at the same time stating that he will only do it if Raila agrees to back him for the presidency instead.

Raila on Monday said that he doesn't expect Kalonzo and his team at his party's delegate's meeting on Saturday, and only expects Azimio members.

“We’re not expecting any guests. What will happen is that there will be forms that willing parties ready to work with Azimio will sign,” he stated.

But there are OKA member parties, like Cyrus Jirongo's UDP and the Gideon Moi-led KANU, which have maintained that a team up with Raila is very necessary and should be speeded up.

JUST IN: Huge boost for Raila as opinion polls shows widening gap between Ruto, Wajackoyah and him

Meet George Njoroge An Azimio ICT Expert And His Experience(Photos)