By Milton (self media writer) | 1 month ago

The Azimio La Umoja presidential candidate Hon Raila Odinga today toured in Bungoma county where he continued with his campaigns ahead o the August general election. According to the news which was shared on the social media platforms, the former prime minister Raila Odinga was welcomed in style by the residents of Misikhu Market in Bungoma county. 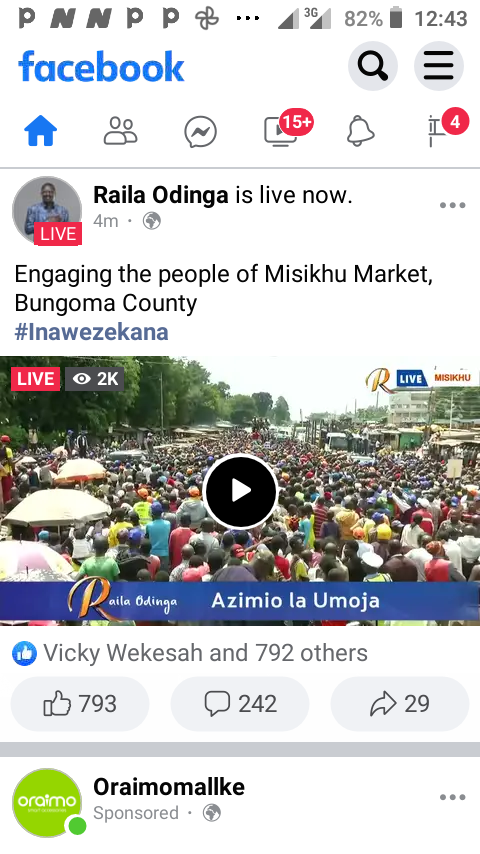 According to the news which was shared on the social media platforms, the whole of Misikhu Market was full of people who came out to receive Raila Odinga and his team. Raila Odinga on his speech urged the residents of Bungoma county to support his presidential candidature in the coming general election. He also encouraged the youths of Misikhu Market to vote for him as their preferred presidential candidate in the coming general election. 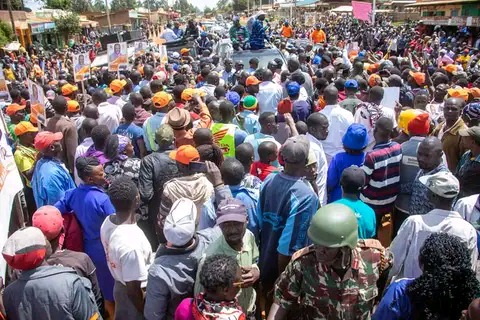 Despite that, the former prime minister Raila Odinga was also accompanied by several leaders who agreed to work with him in the next general election. They include the Bungoma governor Hon Wycliffe Wangamati, minister for defence Eugene Wamalwa, Kakamega Governor Hon Wycliffe Oparanya, orange democratic movement party secretary general Edwin Sifuna among other leaders. Remember to maintain peace among each other during this time of campaign.