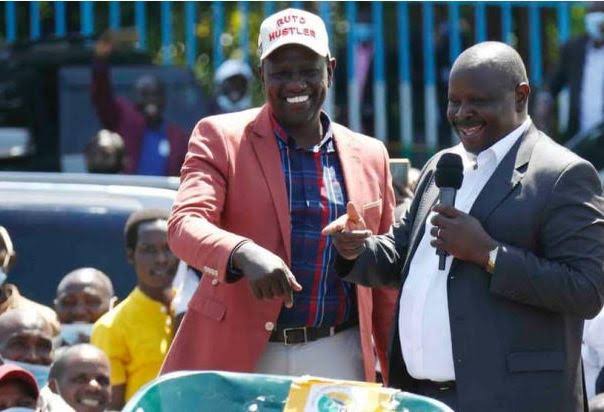 As the self-declared chief hustler_William Ruto looks forward to fire his will-be first presidential shot, one of the political parameters that will determine if his name will be written and mentioned alongside Jomo, Moi, Kibaki and Uhuru's is the Mt Kenya factor.

With a projected sum of 5.7 million votes, Mt Kenya will statistically determine the August 9 poll outcome. For years end, the man from Sugoi has lived frequenting the region a bid to cement his fanbase and true to his course, various pollsters have shown that the region is overwhelmingly supporting Ruto presidency. 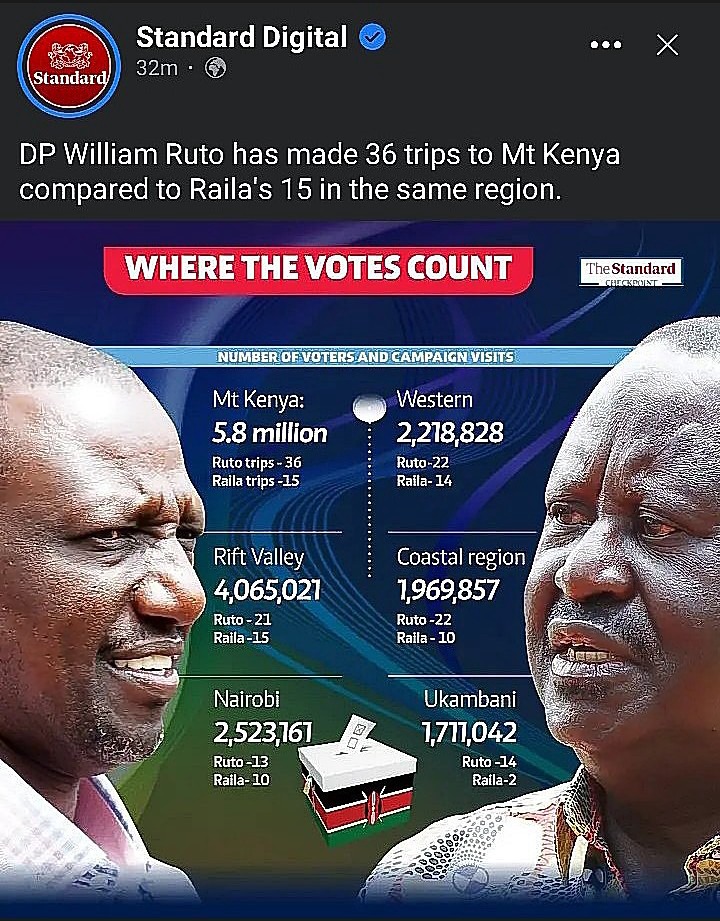 As Ruto waits to see if his statehouse bid will actualize owing to the fact that he has Mt Kenya's support, former Bomet governor_Isaac Ruto once forewarned him not to bank heavily on Mt Kenya vote opining that the region may play mind games with Samoei once the time to live their promises comes to be.

In his 2019 interview with Tony Gachoka of KTN, Chama Cha Mashinani (CCM) leader enumerated various instances where the mountaineers promised to support Jaramogi Oginga Odinga's 1992 bid only to betray him in the last moment. 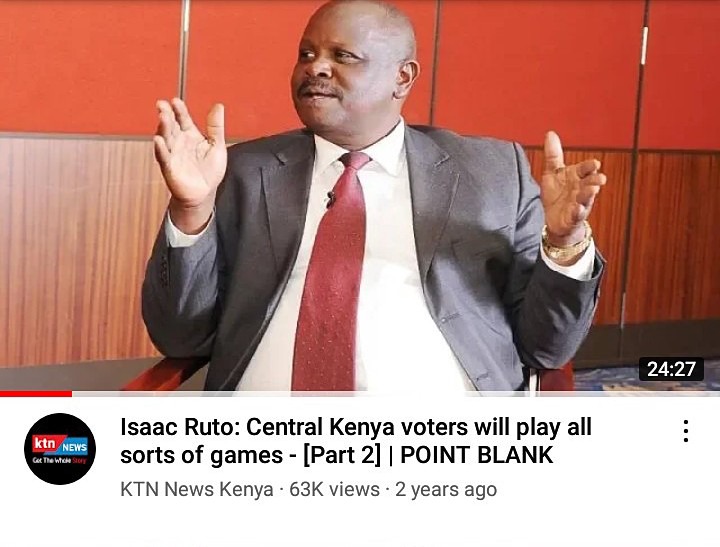 Now that the August poll is hours away, will Isaac's prediction about Mt Kenya come to pass? Well, it could, that's if Uhuru Kenyatta's Sunday clarion call will strike right political codes.

In his joint media presser with brought together a number of Kikuyu broadcasting stations, Kenyatta II thanked the mountaineers for their decade long support urging them to throw their gauntlets behind Raila Odinga whom he believes means well for the country. 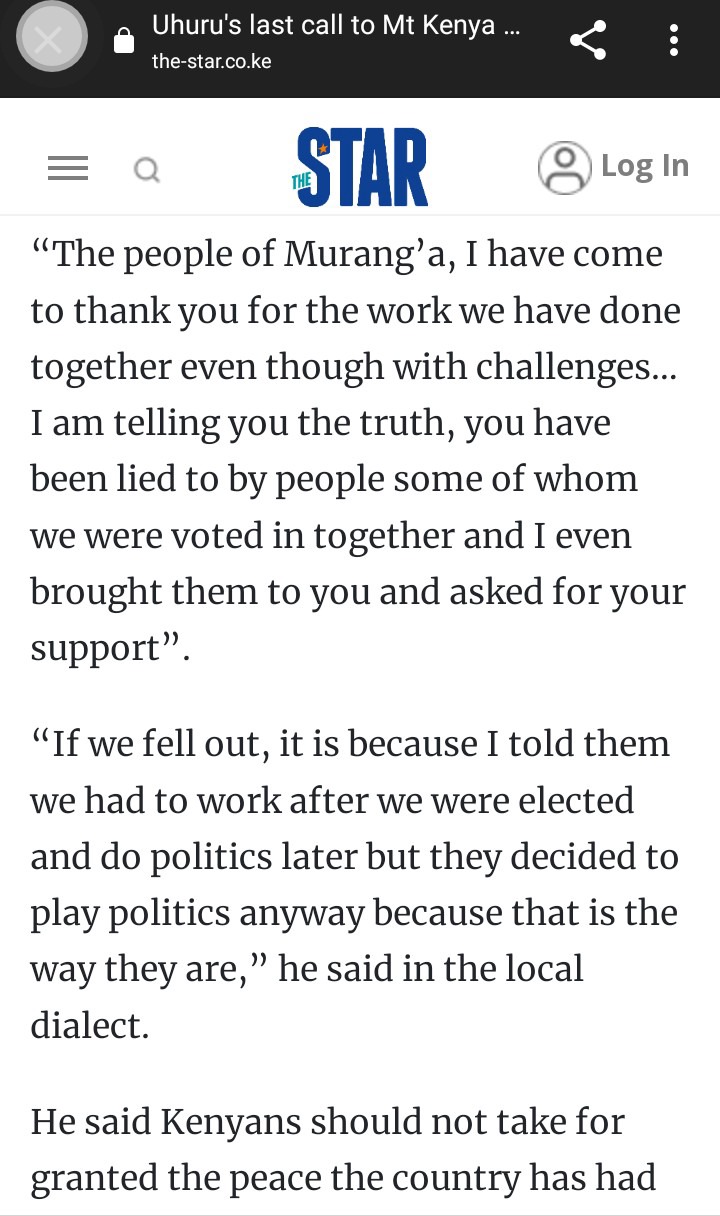 Uhuru's last hour move could complicate Ruto's chances that's assuming the mountaineers will heed his call. Should that come to pass, Isaac Ruto will be absolved with the man from Sugoi taking blame of not listening to elder's counsel.