Change Of Security Detail At DP Residence An Agenda In Senator Prengei's Burial.

Deputy President William Ruto attended the burial of Senator Victor Prengei at Marioshoni Grounds in Molo, Nakuru County. The Senator died on a road accident at Gioto along Nakuru-Marigat Road on August 16, 2021.

There were a number of leaders present at the funeral including Nakuru Governor Lee Kinyanjui, a number of host Senators and MPs - Susan Kihika from Nakuru, Kipchumba Murkomen from Elgeyo Marakwet, Aaron Cheruiyot from Kericho, Samson Cherargei from Nandi, Kimani Ngunjiri from Bahati, Ndindi Nyoro from Kiharu, Rigathi Gachagua from Mathira, Moses Kuria from Gatundu South and nominated Senator Millicent Omanga. Senate Speaker Kenneth Lusaka was also in attendance. 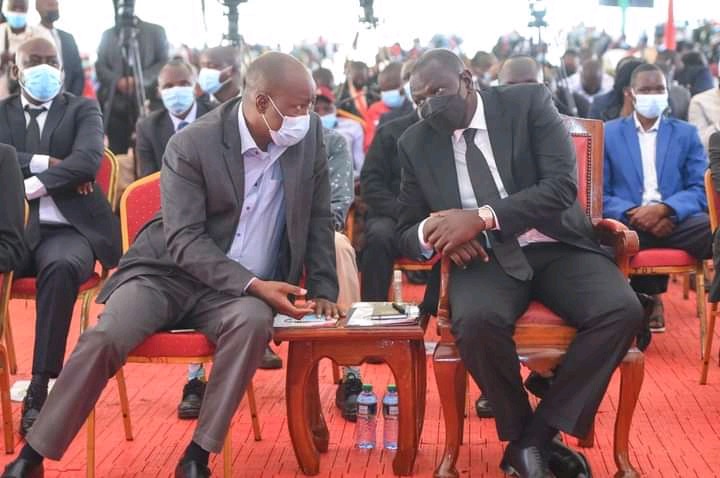 In his response today, DP Ruto addressed the issue of his security detail withdrawal stating that he was busy assembling a bottom-up economy plan so as to elevate the lives of Kenyans.

"For those focused on political positions and power sharing and now the GSU/AP manenos, sorry am unavailable for that debate. Am focused on the revolutionary bottom up economic dispensation that is focused on millions of jobless youths, empowerment for MSME ENTERPRISES and support for farmers, herders and fisherfolk, " DP Ruto said. 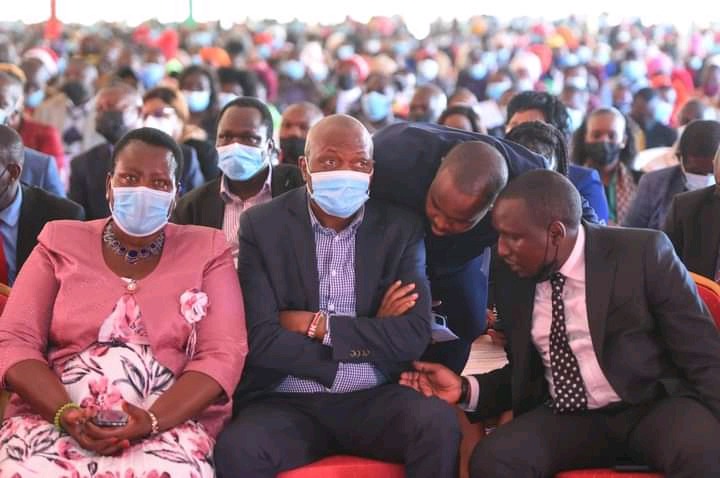 "Senator Victor Prengei was a gifted, visionary and incredibly hardworking leader. He served his people with distinction and passion, mostly advancing the interests of the Minority. We will miss his novel ideas that lifted the lives of many people.

Our thoughts and prayers are with the family, their loved ones, the Ogiek Community and our Parliament. Rest In Peace, Mheshimiwa Prengei," he added.

DP Ruto has requested the President who is the Head of Jubilee Party to nominate an Ogiek community member to succeed nominated Senator Prengei. 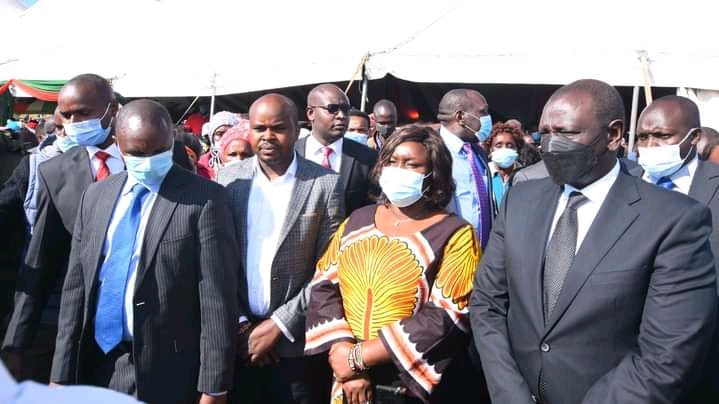 MP Ndindi Nyoro addressed the mourners pointing fingers at the Jubilee Party administration for filing a case challenging nominated Senator Prengei's representation at the Senate. He urged the JP leaders to withdraw the case against the Senator and insisted that an Ogiek community member be nominated to replace the deceased. 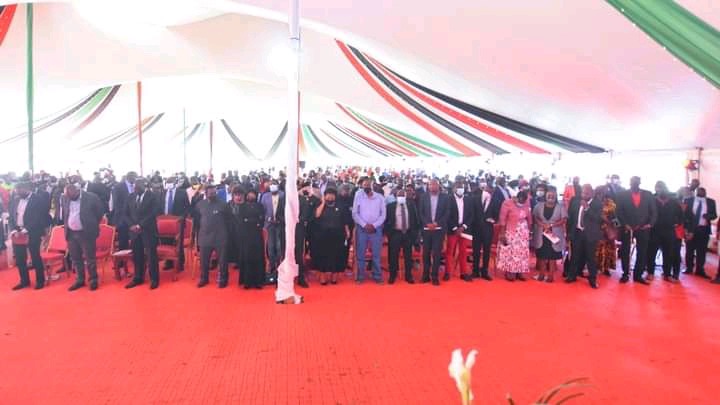 On the issue of DP Ruto's security withdrawal, he urged the DP to be strong and face all the hurdles as they were sure that come August 2022, they will be in power. However, MP Nyoro asked those behind DP's woes to respect the Office of the Deputy President.

Nominated Senator Millicent Omanga also made her speech at Molo. Omanga faulted the Kieleweke wing for bringing forth complications on Senator Prengei's burial. She added that some people are feeling superior or think that the country is theirs (wanajiona kama Mungu ama wanafikiria hii nchi ni ya mama yao - she said in Swahili). 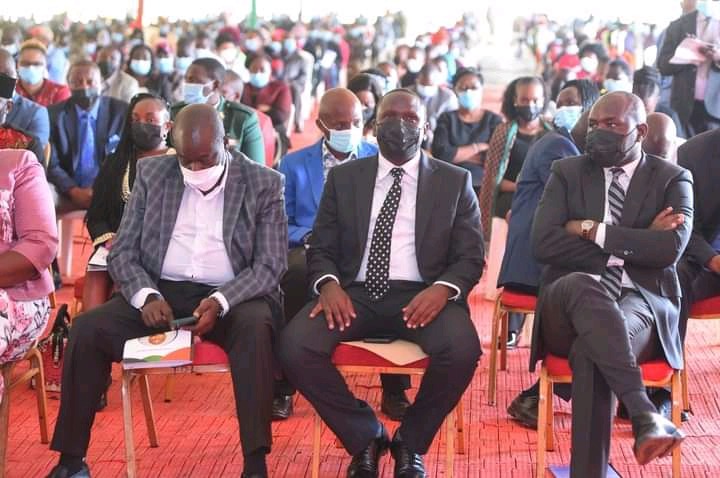 Elgeyo Marakwet Senator Kipchumba Murkomen took to the podium and passed his condolences to the family of the deceased 37 year-old Senator. He also gave an insight on how Senator Prengei was nominated by the DP and President.

Furthermore, Senator Murkomen showered praises on Prengei whom he praised for being a soft spoken and intelligent person. 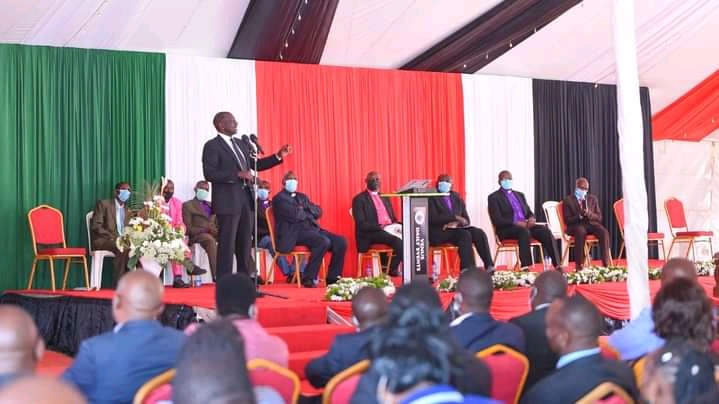 Senate Speaker Kenneth Lusaka who was invited to the podium by Governor Lee Kinyanjui cracked the mourners ribs. The Senator said that he does not say much nowadays and that he got motivated by a verse in John chapter 14 which says in his Father's house there are many rooms. (after failing to retain his gubernatorial seat, he found himself in the senate).

Senate Speaker Kenneth Lusaka then welcomed the Deputy President to address the mourners.

Change of guard during the burial ceremony

There was a bizarre scene that left Kenyans wondering what was going on as GSU officers took over the event swapping with AP officers.