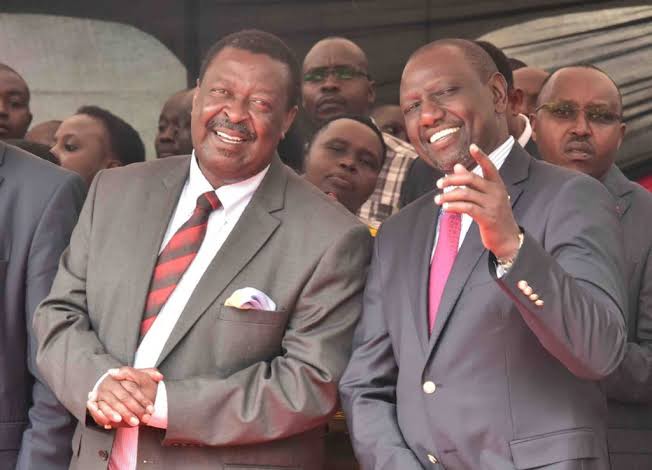 Emerging details now indicate that the reports that ANC leader Musalia Mudavadi could be in alliance talks with Deputy President William Ruto might indeed have some truth in them.

Mudavadi has for a few weeks now been accused of moving closer to the DP in readiness for the August presidential poll, allegations he has denied, saying that there is nothing going on between them.

But allies now allege that it might all come out today, as he holds an NDC meeting at the Bomas of Kenya, where he is expected to make a big declaration.

An ally of his, an ANC MP, said that the consultations between Mudavadi and Ruto have been ongoing and he might end up announcing a working arrangement with the DP during today's event.

“From that speech, there will be a new direction of politics for his party and supporters. He seems to be exiting OKA and warming up to the DP alongside a number of notable politicians,” he told The Standard. 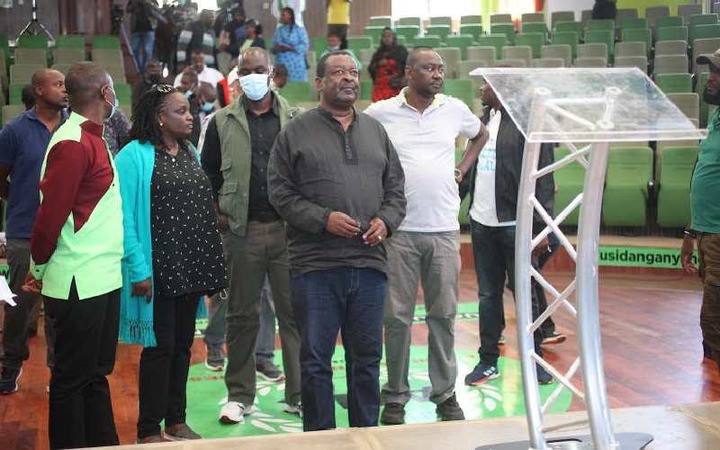 He added that the ex-Vice President will also seek to rebel against the ongoing attempts to push him to work with specific leaders, apparently ODM boss Raila Odinga, and name his new political friends.

Speaking when he visited the venue on Saturday, Mudavadi maintained that the declaration will be thunderous, adding that it will upset the political arena, trigger new alliance and kill others.

The reports now echo what his former ally and Lugari parliamentarian Ayub Savula said on Saturday, that he is aware of the ongoing deals between Mudavadi and Ruto, remarks he made while abandoning ANC.

“I am a neighbour to Ruto in Karen Nairobi. The Deputy President is also my neighbor in his rural home in Sugoi. I know what is going on in his homes,” he said when he was made the DAP-K Deputy Party Leader in Nairobi, as was quoted by The Star.

The reports come as good news for Ruto, who analysts say will need every vote he can get to win the presidency, now that he seems to be gradually losing support in the Mt Kenya region.