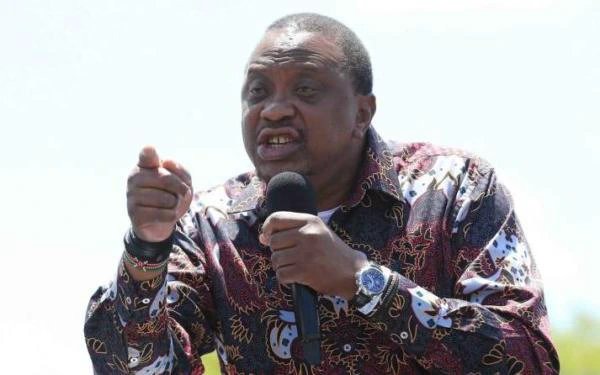 This occurred when Munya was attacked for declaring that the government had reduced taxes on Unga flour, only to reduce the tariff by Ksh2 the next day. On Saturday,

President Uhuru Kenyatta's attempts to commend his Cabinet Secretary were met with derision from Kenyans.

After presiding over the National Council of Ushirika Day celebrations at the Kenyatta International Convention Centre (KICC), Nairobi, Uhuru, while lashing out at his deputy William Ruto, stated that CS Munya had been successful in bringing reforms to the agriculture sector in his few years in office, compared to Ruto and his allies, who had been in office for five years.

In the brief years he has been in office, Munya has successfully altered and implemented numerous reforms in the agriculture sector. What have Ruto and his supporters accomplished over the past four years? They merely travel around, deceiving people into believing they can address their problems, said Uhuru. 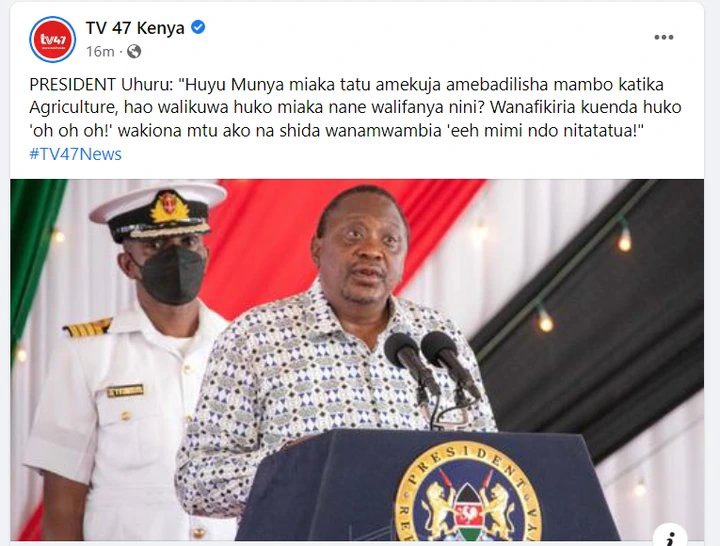 However, outraged netizens rebuked the president, reminding him of all the agricultural difficulties that have occurred since Munya assumed office. Many reminded Uhuru that Unga. Fertilizer prices soared dramatically during Munya's administration. 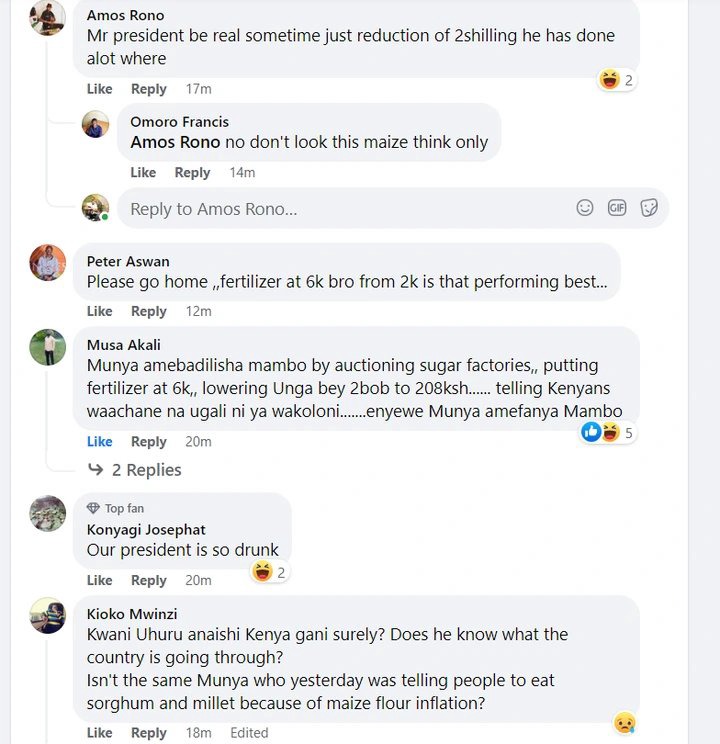 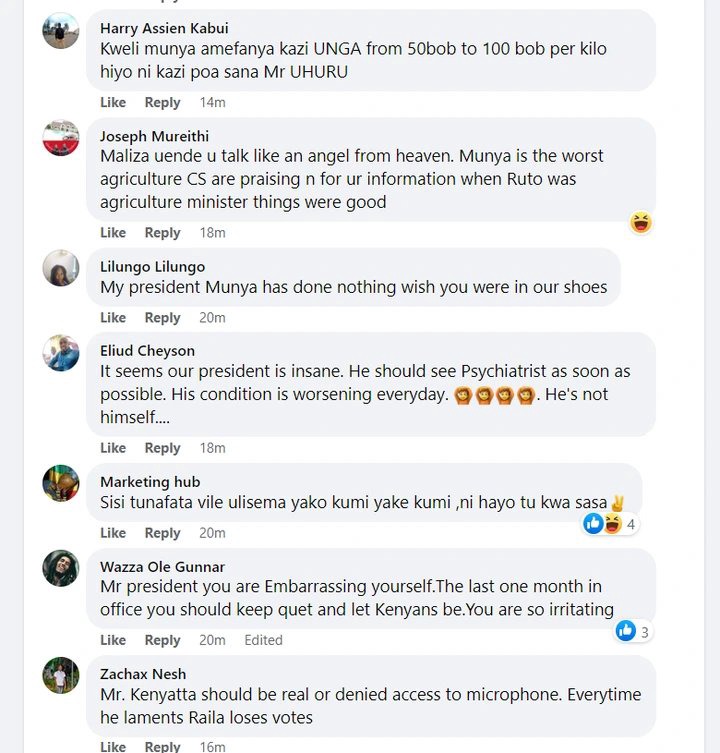 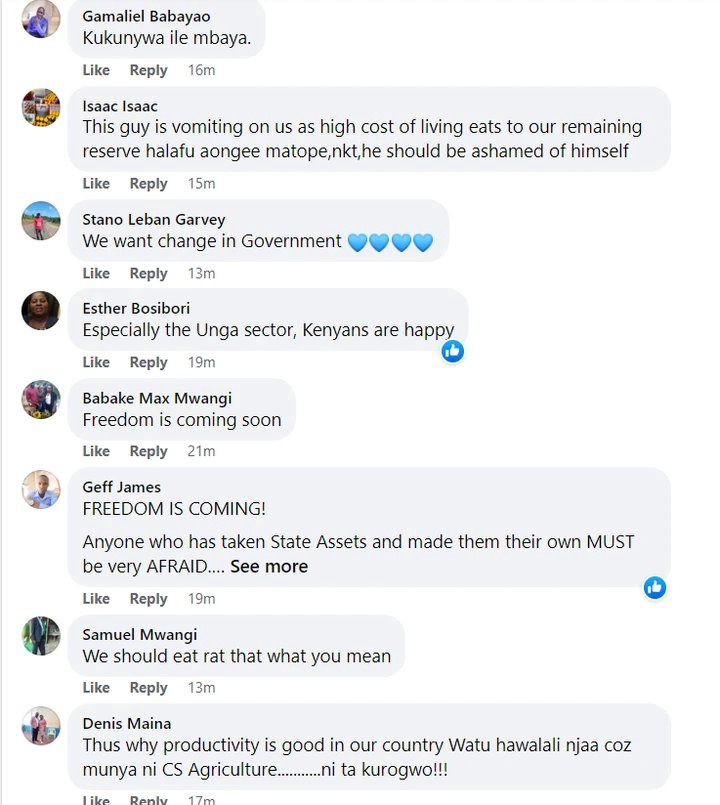 Reasons Why Joho, Tuju, Junet and Alai Are Trending on Twitter