Mourners who had attended the final send off of Dr.Odhiambo Oliel in Kabondo Kasipul, Homabay County were today left murmuring after Homabay governor Cyprian Awiti, alias Akuba, threatened Homabay residents who will not vote for ODM leader Raila in the upcoming August General election. 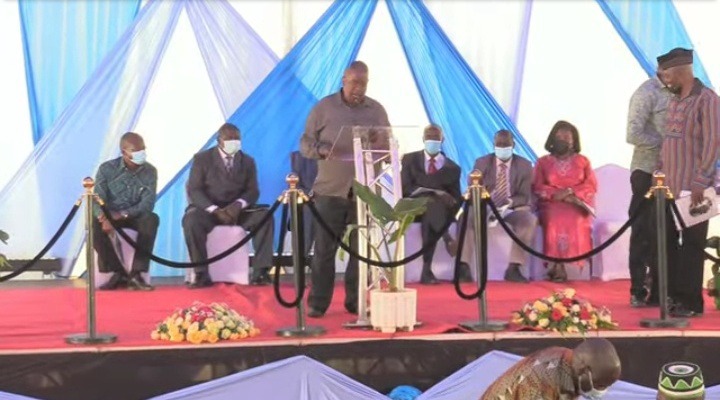 In attempts to encourage the Homabay residents to register as voters, governor Awiti's choice of words left the mourners in mixed reactions, with some making low inaudible utterances.

Governor Awiti told the crowd that as the people of Homabay, they have made arrangements to see that Raila clinch the top seat in the August election. He encouraged all residents of Homabay to register as voters, warning that 'they will kill' those that their votes will not be counted for Raila. He said that any missing vote will be treated like a vote that has been casted for their opponent, Deputy President William Ruto. 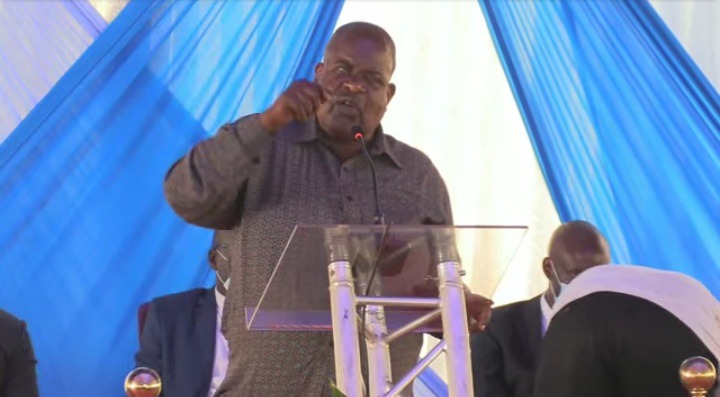 "As the people of Homabay, we have made arrangements. It is a do or die, make or break. If Raila have to become President and your vote don't count, we will kill you. We have to kill you and burry you because that missing vote is going to Ruto," Governor Awiti said.

"Have I not said? Don't joke with us," he added as crowd began to making some low continuous noise in the background before he invited Kisumu governor Anyang' Nyong'o to address the mourners. 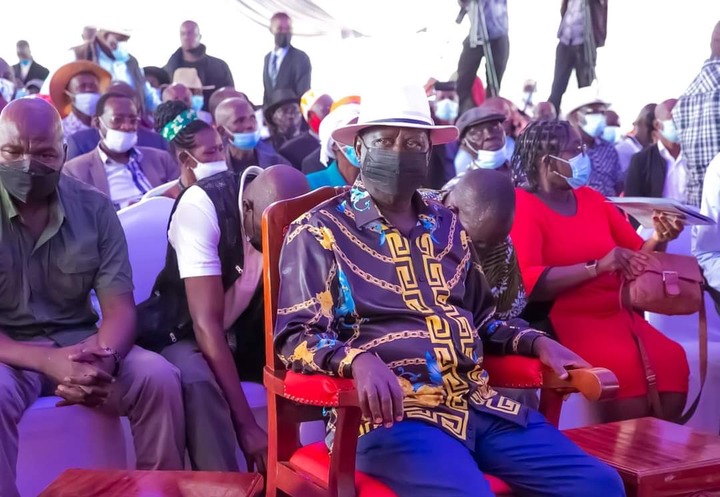 Governor Awiti was among the ODM leaders who accompanied Raila to the final ceremony of the slain Dr.Odhiambo Oliel, who was a personal doctor to Raila's late father, the late Jaramogi Oginga Odinga. SC James Orengo, Dr.Oburu Odinga, Gladys Wanga, Gov.Ayang' Nyong'o and Hon. Eve Obara are also some of the leaders who condoled with the family of the Late Dr.Odhiambo.

Meanwhile, Kenyans should be reminded that peaceful coexistence is very necessary during this electioneering year. Let's live as brothers and sisters. 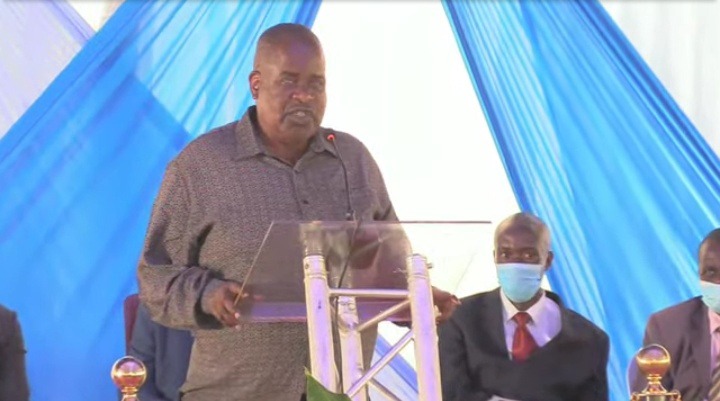