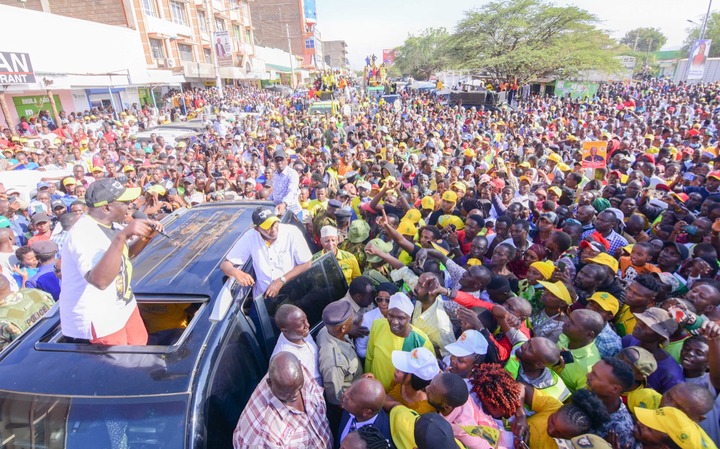 Without photographic manipulation, the crowds are back in Ruto rallies.

According to a poll quoted on a Kenyan digital platform, Dr. Ruto is ahead of his closest rival in the four-candidate race by four points. While there's no empirical evidence to back the latest poll result, there's a general air of exhalation following the bad PR the DP received in nominating Francis Rigathi Gachagua as his running mate. 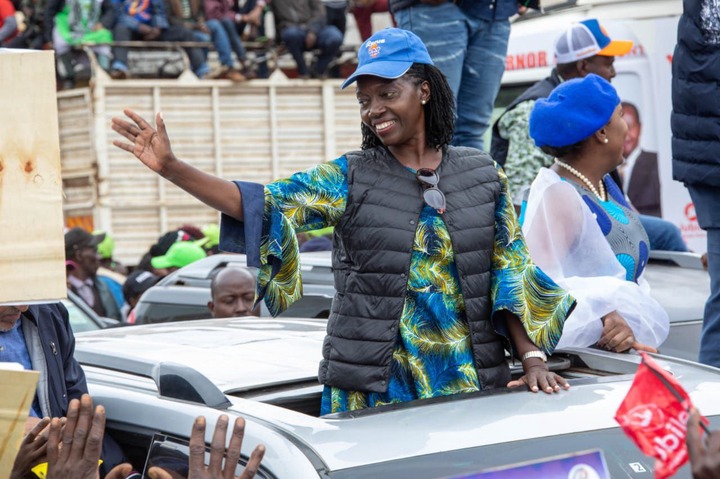 The nomination of Rigathi Gachagua pitted against the maverick Senior Counsel Martha Karua's choice on the Azimio side critically eroded Ruto's voter base.

Social media got a field day on Gachagua with his oratorical gaffes and shabby dressing, not to mention his role in the repression of Kikuyu within the Molo area during the 2007-2008 post-election violence.

Ruto has also come out of the hole where he was considered unnecessarily combatant having drawn his opponents into the game of heavy rhetoric, empty speech, and endless promises. Ruto does it better and his opponents are now seen to be lying through their teeth by emulating his style. 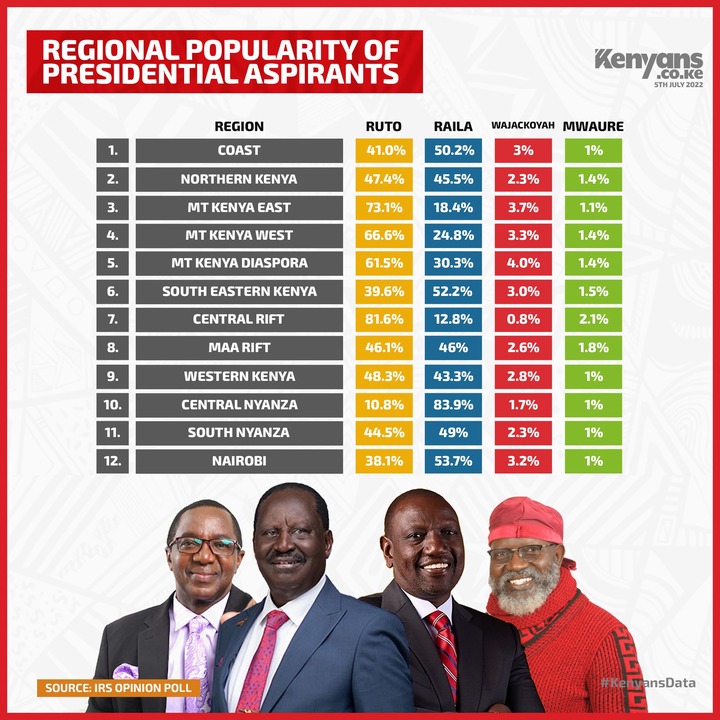 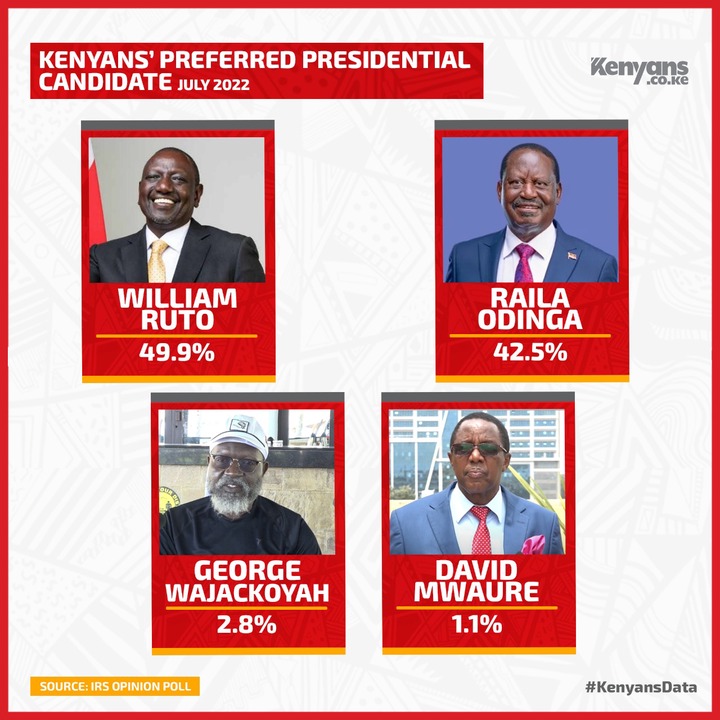 The IRS Poll may not be factual in many aspects but it reflects the general mood among the electorate.

The other matter that has no doubt revived Ruto ratings is the apparent heavy-handed nomination of "popular" candidates by Azimio parties and the "unpopular" call for the six-piece voting pattern.

While his competitors are engaged in exercises of ego massaging, Ruto is steadily climbing up back the ladder and making himself the candidate to beat in the race for State House.

With the Deep State so tactfully arraigned against him, Ruto may not ascend to State House but when all is said and done he will have given his competitors a run for their money.

Presidential results to be released at the Bomas of Kenya, two Presidential candidates arrive at the venue