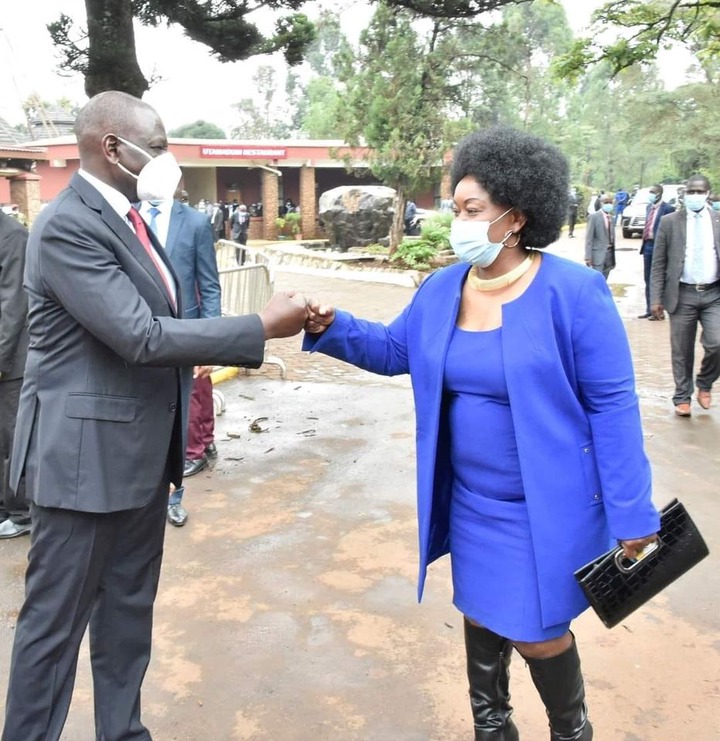 Hours after ODM's candidate in Bonchari constituency, Pavel Oimeke was declared the winner of the just concluded by election, Mbita MP Millie Odhiambo has come out to laud his party's candidate.

Taking to her Facebook page, Millie, who is one of ODM's vocal MPs, threw jabs at Jubilee party over what she termed as intimidations of voters and other party officials in Bonchari during the by-election.

While condemning the use of police force by Jubilee, Millie indirectly congratulated Deputy President William Ruto's UDA party, especially UDA's candidate in Bonchari, Oroo Teresa Bitutu, whom she described as a fighter and strong woman who came close to the winner.

"Force, chest-thumbing and sachalaik thing have no place in modern Kenya and often tend to backfire. Congrats to all winners yesterday. Congrats to the women who came close to winning but lost," posted Odhiambo on Facebook.

Raila Odinga has also come out to condemn the use of extra force by police officers in Bonchari and Juja by-elections. Raila said the March 2018 handshake should not be taken for granted by some people in government warning such acts should stop immediately. 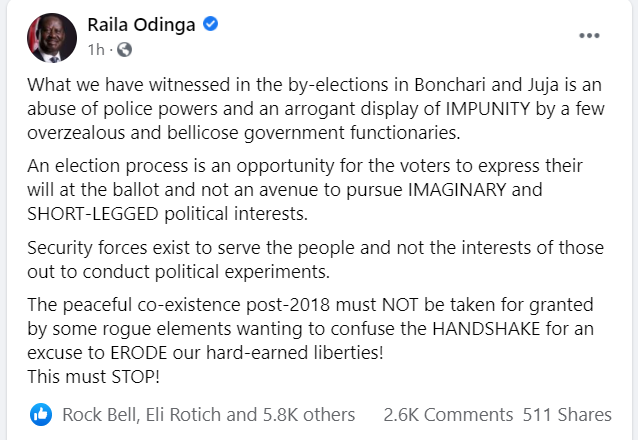